These British Foods Could Be Under Threat Because of Climate Change 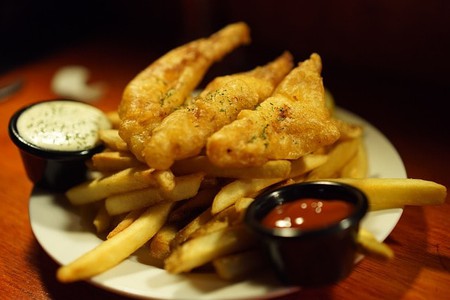 Can you imagine Britain without fish and chips, chicken tikka masala or Welsh lamb stew?

Some of the UK’s most beloved dishes that help make up the identity of the country could be under threat.

A recent report warns that a number of ingredients essential to iconic British dishes may cost more, taste different or even be entirely unavailable in as little as 30 years. 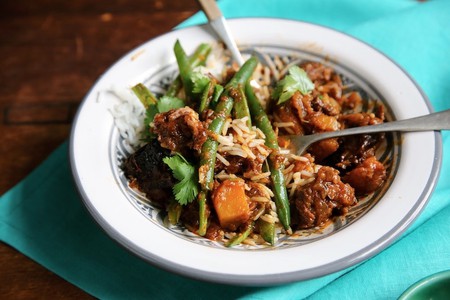 The report, compiled by environmental charity World Wildlife Foundation (WWF), has discovered that the earth’s rapidly changing climate could impinge on the supply of crucial ingredients for these dishes.

Key elements of chicken tikka masala, for example, including rice from India and tomatoes from Spain, could be hard to come by, impossible to ship or too expensive to make purchasing them inviable in the longterm.

Even chicken, the star performer in this dish, could be affected by climate change. Chickens are frequently fed on soy, which is produced in countries likely to be affected by higher temperatures and unpredictable rain levels such as Argentina. This means that sourcing chicken could become more difficult and expensive as temperatures rise. In the future chickens could have to be fed algae or insects in an attempt to keep costs down.

Your parcel of cod and chips is also threatened by the changing environment. Rising ocean temperatures and high acid levels in the water are disrupting cod reproduction, and UK potato crops are being starved of water by rising weather temperatures.

Even the production of a simple ploughman’s lunch, made up of cheese, pickle and bread, creates 2.6kg CO2 in greenhouse gas emissions to produce. This is the equivalent of charging a mobile phone 316 times, boiling a kettle 113 times or keeping an LED lightbulb switched on for 28 whole days. 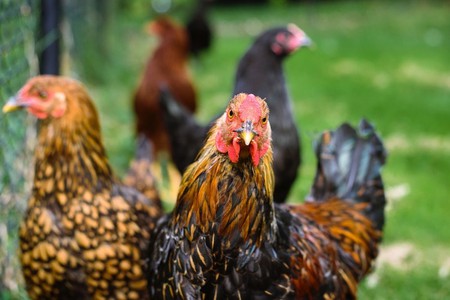 Gareth Redmond-King, head of energy and climate at WWF, said: ‘The threat to these classic dishes just shows that climate change could impact every aspect of our lives in future if we don’t act now. That’s why we want people to eat more sustainably.

‘That doesn’t necessarily mean going vegan or vegetarian – it means each of us cutting back on the amount of fish, meat and dairy. If each of us takes a small action, together we can combat climate change and future-proof our best-loved dishes.’

The charity suggest small yet impactful ways for people to make a positive change and help the environment such as refusing plastic cutlery, carrying a refillable coffee cup and eating less meat.

Supporting the scheme towards a greener future is One Planet Plate, a campaign run by the Sustainable Restaurant Association. It puts sustainability front and centre on the menu, and gives a chance for chefs across the world to show diners how they’re cooking and sourcing their ingredients in an environmentally responsible way.

There are plenty of London restaurants involved, meaning Londoners have an easy way to ensure that the plate of food they’re tucking into is helping the environment rather than harming it.

The Good Egg has a dish of hummus with fried cauliflower leaves and pickled beetroot stem relish that ticks the sustainability boxes by using elements of the vegetables that would normally be thrown away. Ramen hotspot Tonkotsu has a curried pumpkin and spiced corn ramen and at upmarket Farmacy you can get a kale pesto and squash pizza that’s sustainable and delicious.