The Most Enchanting Forests in the UK 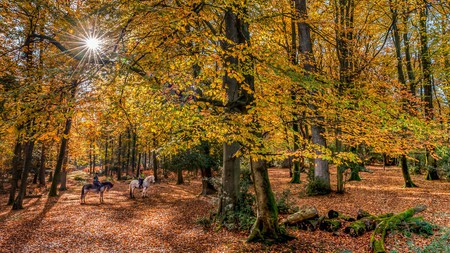 The UK is home to a range of enchanting woodlands, such as the New Forest in Hampshire | © Mike McEnnerney / Alamy Stock Photo

From Glen Affric in Scotland to the New Forest in England, the UK is blessed with woodlands and forests teeming with flora and fauna. Here’s Culture Trip’s roundup of the best ones to explore. 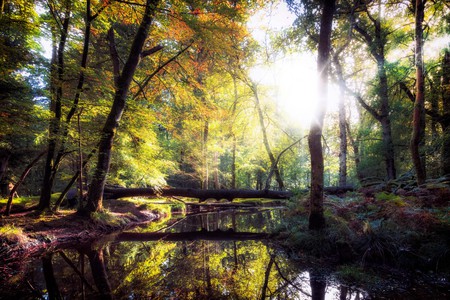 The New Forest was once the stomping ground of William the Conqueror, who claimed it as his ownin 1079. He restricted use of the forest so that only he and the aristocracy could use it – to hunt wild boar and deer. In 1100, one of William’s sons was killed by an arrow while hunting there; another son suffered a similar death some years earlier (the exact year is unknown). Many think this was revenge on William for claiming the forest as his own and forcing the locals out.

These days, the forest, spanning 566sqkm (219sqmi), is peppered with pretty villages and pastures. Giant sequoias stand tall, and blankets of bluebells pop up throughout May, adding a splash of colour to the neutral forest floor. There are moments where you could easily be wandering through a scene from Jurassic Park – with giant leaves and soaring trees making you feel minuscule. Just replace the dinosaurs with wild horses, and you’re not far off.

A trip to one of the country’s most idyllic landscapes requires an equally pleasant place to stay. It’s no surprise, then, that luxury lodges, cottages and cabins are spread across the New Forest – take your pick. 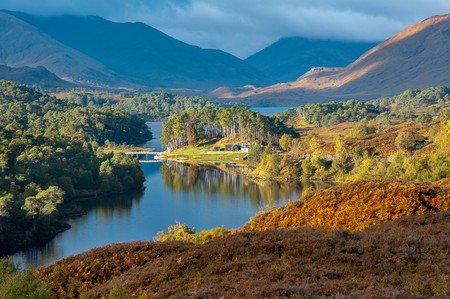 A place of retreat and reflection, Glen Affric is a majestic woodland that could easily be plucked out of Canada. Dense forests and glassy lochs are backed by snow-topped mountains, with 48km (30mi) of native pinewoods. You might find otters basking in the lake, red squirrels leaping between trees and even golden eagles soaring above. Glen Affric isn’t short on hiking trails either, so you’ll be treated to thundering waterfalls and jagged canyons on many of the routes. A fine example of Scotland’s magical wilderness, this is the perfect place to connect with nature.

Scotland’s fantastical woodlands can be as hard on the body as they are easy on the eyes, so you’ll need a warm, cosy place to put your feet up after a day of hiking. 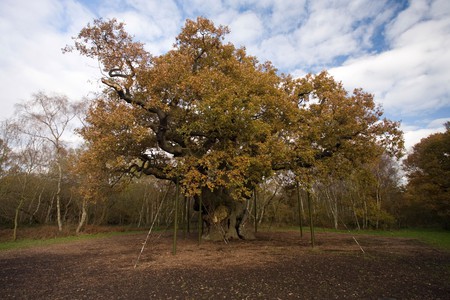 This magical, ancient forest is the supposed stomping ground of Robin Hood, who spent time hiding out among the towering oaks, robbing the rich and defending the poor. But it’s not just Robin Hood who calls Sherwood Forest home; it’s also a great place to come face to face with more than 1,000 giant oak trees, many of which are ancient. The Major Oak, believed to be 1,100 years old and the biggest in Britain, is thought to have sheltered Robin Hood and his allies. The famed oak trees are neighboured by sweet chestnut trees and gangly birch trees, as well a generous number of pine and beech trees. You might even spot a woodpecker or a tawny owl perched on one of the branches.

Unsurprisingly, most of Sherwood Forest’s properties are named after a certain local hero, but while traditional woodland lodges do give the illusion that you could be the Prince of Thieves himself, you can avoid his luxury-free philosophy by soaking in hot tubs or lounging in grand living rooms. Don’t worry – we won’t tell him.

This medieval royal hunting forest, on the border of Essex, was owned by King Harold in early 1066, but it was soon handed over to William the Conqueror after his successful invasion. The history of Hatfield Forest spans about 2,000 years, going back to the Iron Age. Parts of the forest were used as storage for ammunition during World War II, and huts from the war can still be seen jutting out of the foliage today.

Hatfield Forest is home to ancient trees – some more than 1,200 years old – and forest trails are plentiful. There’s even a large lake where you can go rowing or admire the ducks and swans. A pretty house, built in 1757, sits nearby, covered in multicoloured flint and shells from around the world. Designed by the owner’s teenage daughter, it is a fine example of an 18th-century trend that no contemporary estate would be seen without a shell house or a grotto alongside it.

Conveniently close to Stansted Airport, Hatfield Forest is surrounded by cosy flats and apartments, so you can set up camp on its doorstep without sacrificing modern-day luxuries. 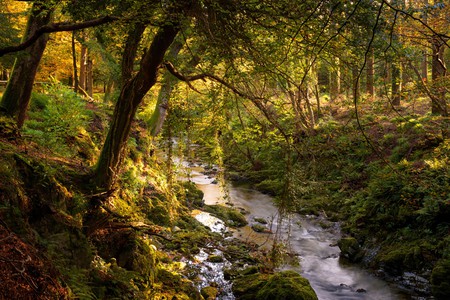 Tollymore Forest Park is like something out of a fantasy film | © scenicireland.com / Christopher Hill Photographic / Alamy Stock Photo

A mosaic of exotic trees, river corridors and giant redwoods sits at the mouth of the Mourne Mountains that make up Tollymore Forest Park. Trout and salmon swim in the Shimna River, which meanders through the 630ha (1,600 acres) of forest, and 16 bridges throughout the park make it easy to cross. You’ll find gothic-style gates, a barn that looks like a church and a whole encyclopaedia’s worth of trees in the forest. Some, such as the monkey puzzle, are exotic, while others are much more common. In fact, the oak used to deck out the interior of the Titanic came from the trees of Tollymore. The forest is also a popular spot for camping, hiking, biking and horse riding, with sea views at certain points throughout.

Tollymore is just down the road from the small seaside town of Newcastle, which provides ample accommodation of all kinds, most of which boast stunning views over the Irish Sea. 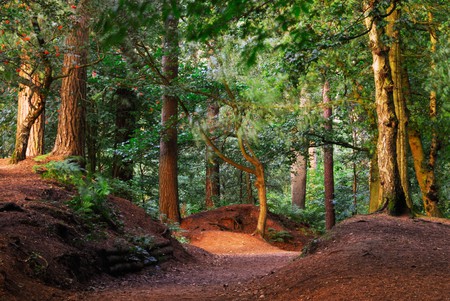 Southwest of Manchester, in Cheshire, Delamere Forest has its own train station for easy access. Deep in the forest, you’ll find Blakemere Moss, a reclaimed wetland area carved from two hollow holes at the end of the Ice Age more than 11,000 years ago. The swampy area, flanked by oak and pine trees, is a sanctuary for wildlife and in recent years, it has been designated a site of special scientific interest (SSSI), for its Canada geese, mallards and great-crested newts, as well as rare types of moss. There are plenty of hiking trails here, some which offer views of Liverpool’s distant skyline.

Boutique cottages and guesthouses are everywhere in Delamere. Whether you’re looking for an intimate couple’s retreat or space for a large group, Airbnb has you covered. 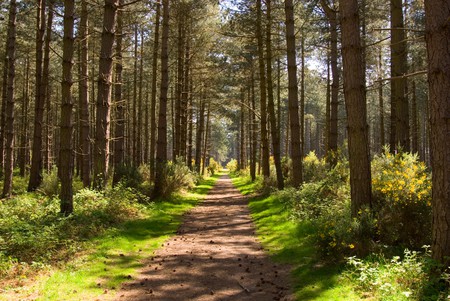 The largest lowland pine forest in the whole of Britain, Thetford is home to all kinds of flora and fauna. After World War I, it was an important reserve for timber after many oak trees had been lost. These days it’s a popular spot for mountain bikers and hikers, with interesting trails and routes marked throughout its 19,000ha (46,950 acres). It’s also the only place in Britain where you can go underground to visit a Neolithic flint mine, Grimes Graves, which was dug more than 5,000 years ago. Keep your eyes peeled for rare plants and insects – you might just stumble across the red-tipped cudweed.

The Thetford area has lovely little cottages sprinkled everywhere – some modern and some traditional – perfect for cosying up after a day in the woods.

Although it has a reputation as a grisly dumping ground for murderers, Epping Forest is an ancient area of woodland with archaeological evidence suggesting that it dates back to the Mesolithic period. During the Middle Ages, it was a valuable site for royal hunting. These days, more than 16 species of bat live here, as well as deer, lizards, snakes and cattle, hence its SSSI designation. Legend has it that English highwayman Dick Turpin used to hide out in the depths of the forest to rob the rich as they passed through. Keep your eyes peeled for Turpin’s Cave hidden among the trees.

Sat just outside of London, Epping Forest offers no shortage of modern apartments nearby. Sleep on the forest’s doorstep with a stay in Loughton or head a little nearer to the city in trendy Walthamstow.