These Are the Most Beautiful Cinemas From Around the World 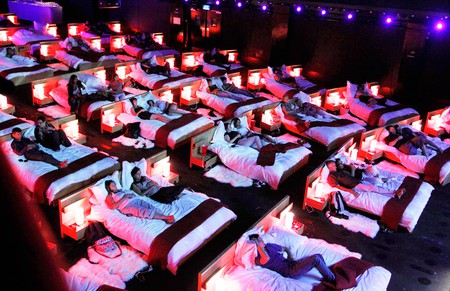 It’s a testament to how mundane and forgettable most modern cinemas are that we rarely look at anything other than the screen when going out to watch a movie. These stunning cinemas from around the world, however, will have you struggling to focus on what you’re meant to be watching…

One of only two stacked Edwardian theatres worldwide (no, we don’t know either), this elaborately furnished space plays host to screenings during the Toronto Film Festival. In a former life, it also was the home of silent cinema in the local area. We think we’d be left speechless if we ever visited. 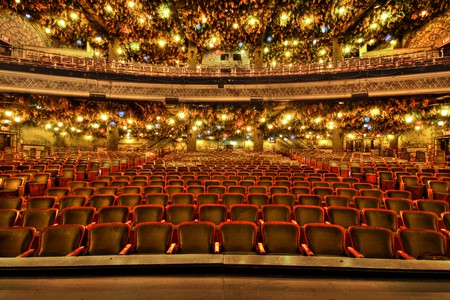 This sumptuous Art Deco auditorium in The Netherlands looks like it is the preserve of the upper classes. Don’t be fooled though, the 740-seater cinema is open to all, but just happens to be designed in such a way that it elicits a ‘wow factor’ like few others can. 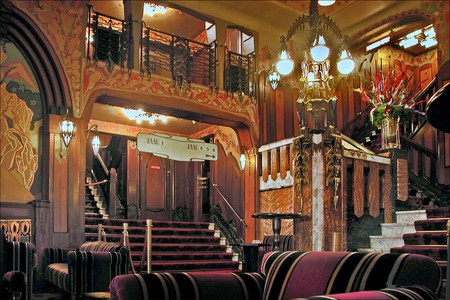 This one might be too comfortable for some, but there is something to be said for watching films from the comfort of your bed. The laid back approach is something the French are famed for, and this viewing experience takes it to extremes. Sadly a one-off, you’ll have to dream about it as one of those things you just have to do once in your life…

Given the plethora of film-related things to do in Los Angeles, going to the cinema is probably the last thing you want to do. Mind you, if you can get over the fact that you are in an actual cemetery, then Cinespia does make for a unique viewing experience. A zombie film might be a bit too close to the bone though… 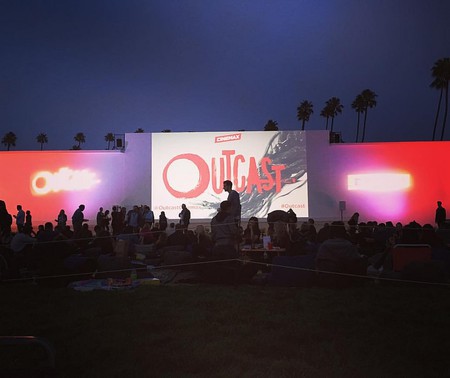 We haven’t featured too many multiplexes, but this one in Israel is a bit special. 19 screens might not be all that impressive these days, but the interiors are something to write home about. The foyer is vast, the ticketing area has a disco floor and the screens themselves are brightly lit. If you think multiplexes are all sticky floors and dingy rooms, think again. 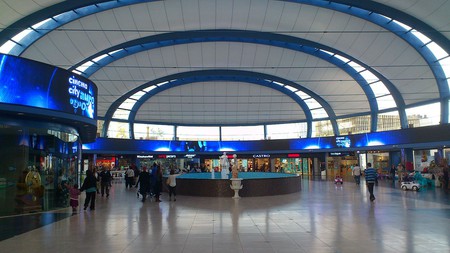 This isn’t exactly a secret. The Notting Hill favourite is well-known across London and probably beyond, but it’s still worth visiting. The seats are ultra comfortable, the food (and drink) is on point and if you fancy celebrity-spotting then this is definitely the place for you. In a city that features so heavily in modern cinema, the Electric is an unmissable hot spot. 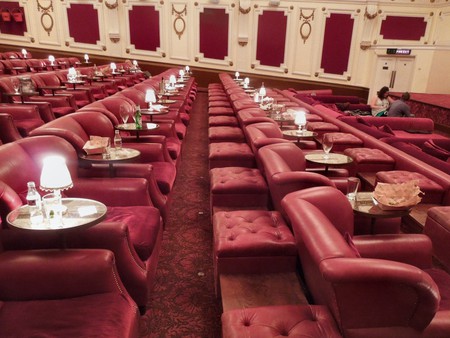 You can use your imagination for this one, but it’s not too hard. The historical setting in Bologna serves as the backdrop for some astounding screenings during the annual film festival. You can see the transformation below, and it is spectacular. What could be better than watching a classic movie out in the open on a balmy Italian night?

Seen as a flagship building, the bombastic exterior isn’t to everyone’s taste, but there is no denying that it is attention-grabbing. The international film festival held in Busan is one of the highlights of the Asian film calendar every year, and this US$150m venue certainly grabs attendees by the scruff of the neck. It looks like it would be hard to get lost with this as a homing beacon. 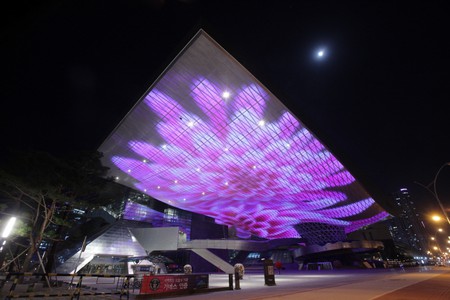 The lights hide a gruesome past in this spectacular cinema hidden away in a corner of Madrid. As unlikely as it may seem when you step into the Matador Cineteca, the venue was previously a slaughterhouse. One of the highlights of the cinema is its focus on documentary films… let’s just hope they turn down the lights when the films are on. 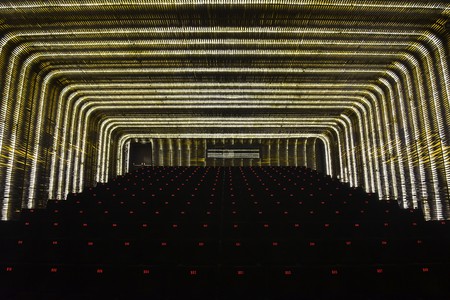 Built in 1906 and now playing host to everything from yoga sessions to the latest cinematic blockbusters, the most impressive thing about this venue (apart from the bleeding obvious… I mean look at that view!) is the fact that it can comfortably host 60,000 people. Don’t think you’ll be able to wave your phone light to find your fiends if you lose them though… 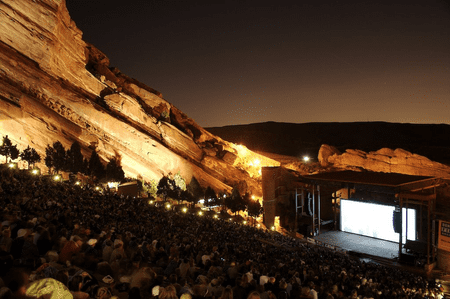 © David Amirault/WikiCommons
Give us feedback