There's Now a Really Cheap 'Uber for Airplanes' (Sort Of) 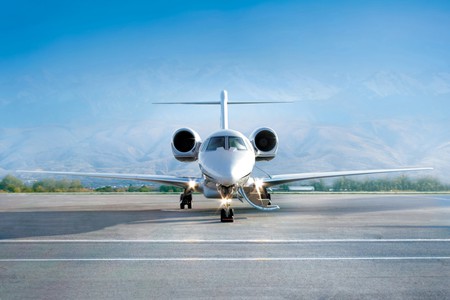 Tired of flying economy and with hundreds of people? Well, your prayers have been answered in the form of a new app that literally lets you order a private jet on demand. Yes, really.

Sort of like an ‘Uber for Airplanes’, the flight-sharing platform Wingly lets you have a care-free air thrill for half the price of an ordinary plane ticket. Cheap, easy and cheerful, Wingly currently operates several thousand flights throughout Europe and is just about to start offering its users tickets on routes throughout the Caribbean.

The app works by pairing people with pilots willing to let them fly in their privately owned aircraft – so who knows, you could end up being flown to Italy in a 747 with John Travolta and the family.

Still don’t believe us? The fancy video below proves it’s all real.

OK, tell us more! So, in order for the whole thing to work, pilots get up everyday and post their planned route, numbers of seats available and mostly importantly – the cost sharing price. If you like what you see, simply book, pay and jet off. Oh, and if you want to go somewhere that’s not featured on the app, no problem. All you have to do is get in contact with a pilot, propose a route to them, and if they like it, they’ll arrange it.

Is it safe and legal? Of course! All of Wingly’s pilots have their aerolicences and are provided with stringent checklists and tutorials on how to be as safe as possible.

Weekend trip to Paris anyone?

Want more travel news? The world’s most visited tourist attraction has been revealed!