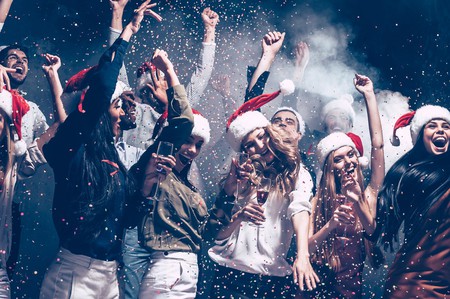 Christmas music is like marmite – you either love it or hate it.

‘All I Want for Christmas’ is likely to send you into fits of despair.

And there’s a scientific reason for that.

She told Sky News: ‘People working in the shops at Christmas have to [tune out] Christmas music, because if they don’t, it really does stop you from being able to focus on anything else. You’re simply spending all of your energy trying not to hear what you’re hearing.’

So time to switch off ‘Rudolph The Red Nosed Reindeer’ if you want your concentration skills to be sharp.

Previous research has shown though that customers feel happier about their environment when shops strike the right balance between festive smells and music.

One study found that people spend more time in a shop and subsequently spend more money when this balance is achieved.

For anyone else, it’s time to invest in some good earplugs.

But if you’re one of those that fall into the ‘love’ camp, here’s a special Christmas treat for you.