"There's a Nation of Repressed Pirates Ready to Set Sail": Why Rum Is The New Gin 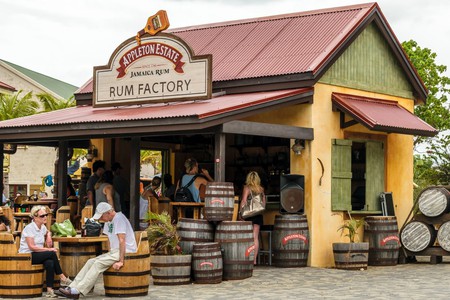 No longer the purview of pirates and sailors, 2018 has seen a huge boom in rum’s popularity. The spirit is going premium and ditching the tawdry packaging that would have appealed to Blackbeard.

People are drinking more rum than ever, with sales of the sweet spirit exceeding £1 billion in the UK for the first time. From mojitos to mai tais, daiquiris to Dark ‘n’ Stormys, the spicy liquid is a favourite among cocktail-obsessed millennials and their discerning taste buds.

In a study for The Grocer by Harris Interactive, almost 80 percent of 25 to 34-year-olds who drink spirits enjoy drinking rum, compared to only half of over-55-year-olds. Rum sales have increased in value by 30 percent since 2012, much to the excitement of those in the rum business and those who love to drink it.

Lawrence Gregory, known as the Rum Boss, is head bartender at the Rum Kitchen, a cocktail bar in London that focuses on the spirit (he will be working at Trailer Happiness, another rum bar, from early July) and is excited about the increased interest in the drink. The 30-year-old thinks the adaptability of the drink explains its popularity. “Rum is such a versatile spirit,” he says. 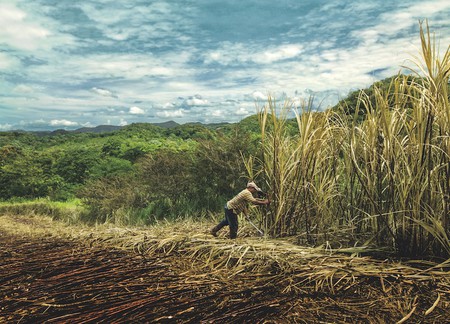 A field of sugar cane, which rum is made from | © Appleton Estate

“It’s the diversity of rum cocktails and of the liquid that makes it so popular.” he continues. “From flavoured rums to golden and dark rums to cheap or expensive, there’s something for everyone. You can do so much with it to create a huge variety of flavours, from tiki-culture-style cocktails, to classics like a rum old fashioned. The history of the liquid is also appealing to the UK audience. It has a strong tie to British heritage and is engrained with British history.”

That history is pretty chequered, mainly thanks to the spirits links with imperialism and the navy. Some of the earliest rum makers were slaves on Caribbean plantations, who brewed rum from the remains of the sugar cane they were forced to harvest.

The drink soon became inextricably linked to the the British navy, who drank it with lemon and lime juice to prevent scurvy on long voyages. A rum ‘tot’ (ration) was given to Royal Navy sailors every day, and was only abolished in the 1970s.

Today’s rum drinkers want artisanal, handcrafted rum, according to Joy Spence, the master blender at Jamaica’s oldest rum-producing sugarcane property, the Appleton Estate. “Rum is benefiting from the premium spirits trend,” she says. “British drinkers are trading up to enjoy better quality spirits with high quality and flavour credentials. Premium rums are therefore driving much of the rum category growth.

“Rum growth is also not only from cocktails or mixed drinks – it is increasingly being appreciated as a spirit that can be sipped and enjoyed neat. Rum is finally coming of age.” 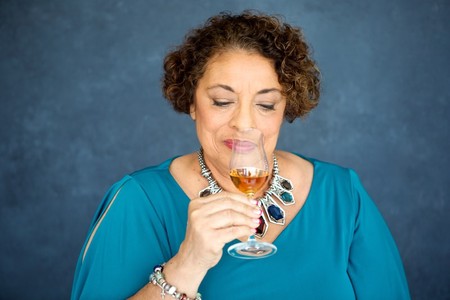 The 67-year-old trained as a research chemist and uses her expertise as a scientist to create enchanting blends of fragrant rum. “To be a good blender you must be a sensory expert,” says Spence. “You need to be artistic and creative and have a good understanding of the chemistry of the process to craft a good rum.”

Spence continues: “The process of rum making is much more complex than that of gin. Several factors that have to be monitored, such as sugar cane varieties, fermentation, distillation, ageing and blending. All these components contribute to the flavours in the final product.”

It is even trickier to make in the UK, as the key ingredient, molasses, has to be imported. The spirit is fermented with yeast before being distilled and then left to age. But this complicated process hasn’t stopped some small-batch UK producers from giving it a go, however.

Alan McQuillan is owner and founder of The Bloomsbury Distillery, an artisanal spirit manufacturer based in London’s Bloomsbury and stocked in Selfridges. He decided to add rum to his portfolio because of the flavour possibilities the spirit brings. 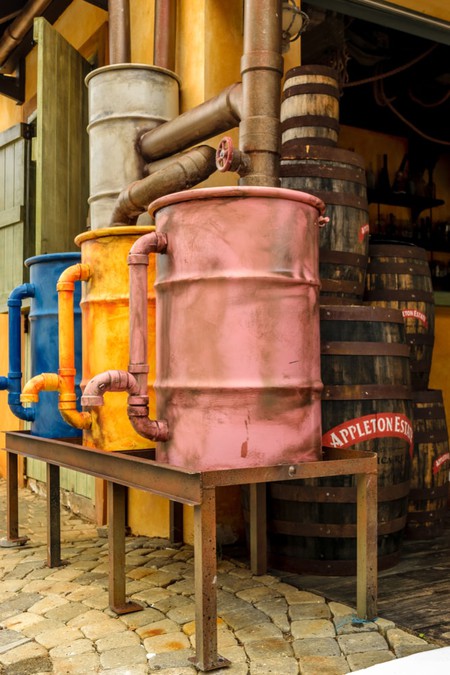 “Bloomsbury Distillery always finds ways to examine and investigate flavours, and rum has it in spades,” he says. “We distil it with a new flight of ingredients like Havana cigars and whole limes. It’s amazing and totally unique.”

However, McQuillan is in agreement with Spence about the rum-making process: “Rum is far more difficult and technically demanding to make than gin,” he says. “The biggest issue is that we don’t grow plants for sugar in the UK (sugar beet not included) and we have to import the raw materials. That makes it expensive from the very beginning and the complications multiply from there. It’s not native to our shores, you simply can’t fake that.”

Nevertheless, the Bloomsbury Distillery owner is excited about the prospect of rum being more widely drunk. “There’s a definite surge in interest out there, especially if some of the big companies are bringing more challenging spirits to the market,” he says. “The increase in gin has let people explore complex flavours and enjoy that – I think Rum has the chance to do the same.”

If this rum trend continues, it might well be worth keeping a bottle handy for when guests come round this summer. As McQuillan says, chances are “there’s a nation of repressed pirates ready to set sail in the UK.”