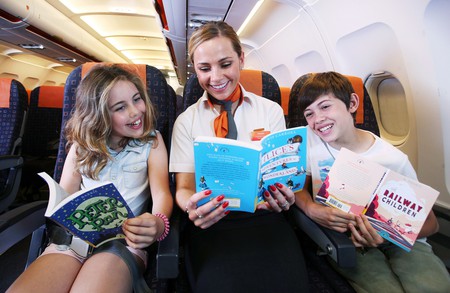 In a world first, popular airline easyJet has launched its ‘Flybrary’, an in-flight library for kids, both big and small.

As part of its in-flight service cabin crew will now present a trolley laden with bestselling children’s titles for little fans of fiction to choose from.

The initiative was launched with the help of children’s author Dame Jacqueline Wilson, whose bestselling titles include The Story of Tracy Beaker and The Illustrated Mum.

Seven thousand copies of children’s classics including Peter Pan, Alice’s Adventures in Wonderland, The Wizard of Oz, and The Railway Children are now available on easyJet’s UK fleet of 147 aircraft. 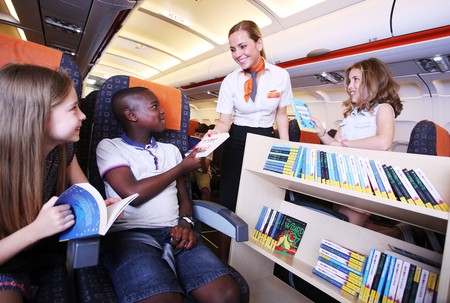 If any literary explorers don’t get to finish their book, they can download an e-copy from easyJet’s online bookclub.

‘I’ve chosen books that children might not have read, but are familiar with, maybe from film and television,’ said Dame Wilson at the recent launch. ‘I also wanted stories that would appeal equally to boys and girls.’

The initiative follows research by the airline – which polled 2,000 British parents with children aged eight to 12 – where over eight in 10 parents said their children were reading less, compared to when they themselves were younger. 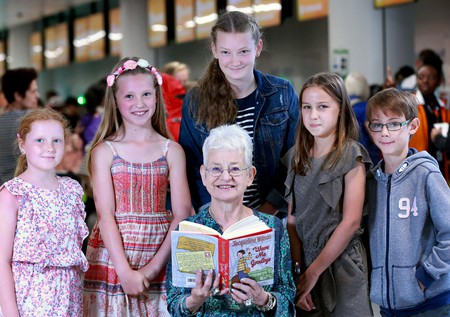 This is supported by statistics from the Department for Education, which show that one in five children in England can’t read adequately by the age of 11, and that only 37% of 10-year-olds reported reading for pleasure every day.

For more family-friendly tips, check out what child and adolescent psychiatrist Joanne Higgins has to say about going from stressed, to holiday bliss.