What do Janet Jackson, Lauryn Hill, and Mariah Carey have in common? They’re three of the only six women who have been nominated for the Producer of the Year award in the entire 59-year history of the Grammys.

It’s been 15 years since the last female got a nod in the category, when writing and producing team the Matrix, which includes Lauren Christy, was nominated. The minimal accolades for female music producers is reflective of the industry at large, one traditionally dominated by men. Taylor Swift, Beyoncé, Katy Perry, Adele, and Lady Gaga may dominate the charts, but their female counterparts on the other side of the mixing desk are few and far between.

In the United Kingdom, a survey by the Music Producers Guild (MPG) last year estimated that around six per cent of its members were women. Cameron Craig, MPG’s executive director, admits, “It’s not great. It never has been, but it is rising, slowly but surely.” While it is a minuscule percentage, nevertheless a growing number of female producers and engineers are challenging the notion that the technical side of music is a man’s world. 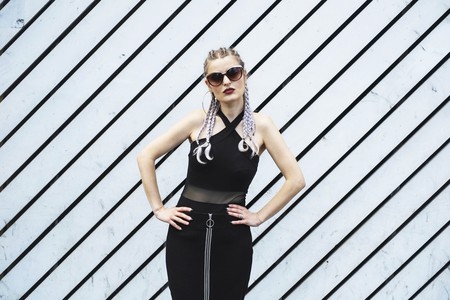 Ronika has produced her own albums | © Courtesy of Toast Press

Singer Ronika, who makes catchy electro disco-flavoured pop, is one of those women. When she first got into music, she didn’t just want to be the singer—she wanted full control of the creative process. She decided to enroll in a sound engineering and music production course. “I just knew I wanted to be making the beats and have control over that side of thing, not just singing and songwriting,” she says. “I wanted to be able to be completely self-sufficient and make the whole track myself.” Her determination to be completely independent continued after she set out to record her debut album, All That We Know.

Instead of signing to a label, she decided to produce it herself after getting discouraged by comments from executives who told her she would need to team up with a well-known producer to make a name for herself. “It was like, ‘These are great demos, but now you need to go work with some big producers,’ and from my point of view, I am the producer, and these aren’t demos. These are my tracks. Or these other producers would say, ‘These tracks are cool, but I need to co-produce this,’ or ‘I need to do some extra production on this.’ I’d be like, ‘No you don’t. It’s fine as it is.’”

More female producers are emerging now, especially in dance and electronica—although the pop scene, where the charts are still dominated by manufactured bands, has a lot of catching up to do. “In pop music, it is pretty much 100 per cent male-dominated, but there are definitely more on the underground scene … hopefully that will leak into the mainstream one day,” Ronika says.

Canadian singer Grimes is leading the way for female producers winning awards and critical acclaim for her third album, Visions, in 2012, and then her follow up, Art Angels, in 2015. Other notable female producers include WondaGurl, Abra, TRAKGIRL, Asma Maroof, TOKiMONSTA, DJ Haram, Shura, and HANA. 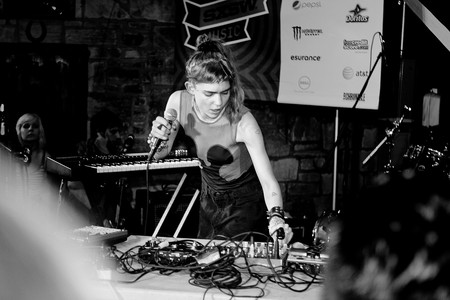 Andrew Hung, half of electro band Fuck Buttons and co-producer of Beth Orton’s new album Kidsticks, thinks technology is helping to break down barriers in allowing more women to get into producing. “The impression I get is there are more [women] emerging as technology becomes more readily available,” he says. “It is still a super-male-dominated industry. On the creative side, it’s really opening up and it has been for the past few years. I regard female producers as the most interesting. Historically, music was produced inside these institutions. You’d have studios. You have producers. I think that’s breaking down now. Technology is allowing anyone who has got a computer to make music. There is no longer that barrier anymore.” 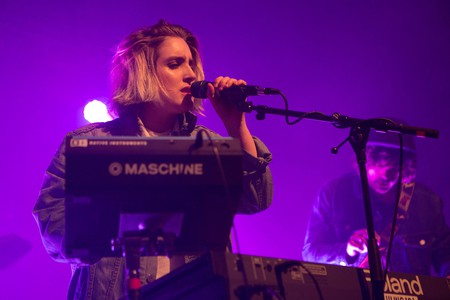 Shura is a singer and producer | © villunderlondon/Flickr

When Olga Fitzroy studied music and sound recording at the University of Surrey, she was one of just a handful of women on the course. She now works as a recording and mix engineer for the likes of Coldplay, Daughter, and The Streets. Olga blames gender stereotypes for preventing women from seeing music production as a viable career path. “I think it’s to do with social conditioning; the way we’ve been brought up,” she says. “A boy is given more technical toys to play with and encouraged to build things, whereas girls’ toys are more dolls and kitchens.”

There’s also the issue of the working conditions in the music business, which normally involve long, unsociable hours—even more of problem when women become mothers and have to balance their family life with work. Fitzroy says this is something she was worried about before becoming a mum. “Being freelance, I have got a bit more control of the hours that I work than I did when I was employed as an assistant, and in a way it’s quite good because it forces me to be a bit more choosy about the work I take on. At the moment, I think the balance is working out OK, but the hours I work are so varied, and my son is constantly changing. I know I can’t be complacent about it. I think it will always be a challenge.” 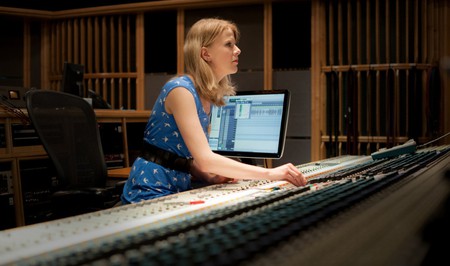 Fitzroy notes that the lack of female producers and engineers is something that can only harm the industry if it continues. “If 50% of the population don’t feel that they can even take an interest in this subject, then you must be missing out on some talent,” she says.

Award-winning producer Catherine Marks took drastic measures in an attempt to be taken seriously when she first started out, eliminating all traces of her femininity in the recording studio with a radical makeover. “I cut off all my hair because I didn’t want people to look at me in a certain way,” says Marks. “The fact that I thought I had to do that—that’s ridiculous. Or I’d wear really drab, boyish clothing. No one said that. I don’t know whether that made a difference, but it definitely made me more determined.” 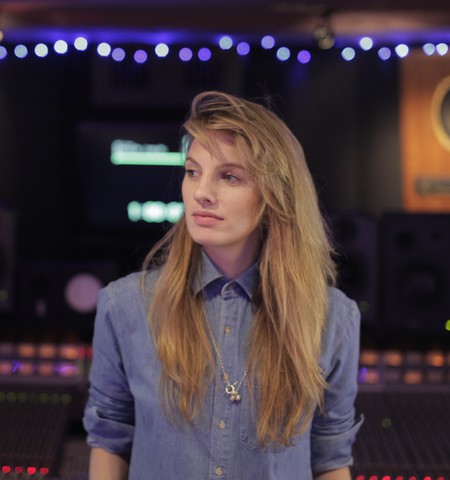 During her career, Marks has worked with bands like Foals, Kanye West, MIA, PJ Harvey, and Wolf Alice. “The studio system is still a really good system, but that’s just one approach. I think that kind of technology being more accessible is allowing women who have felt that they’re uncomfortable in a studio environment to do it on their own,” she observes. But the answer isn’t just to hide away in your bedroom; collaboration is the key. “There’s a lot of other things involved in producing, especially for other people, and the best way to learn that is from other people.”

Sarah Liversedge is the Managing Director of BDi Music, an independent music publisher which represents songwriters, composers, and production professionals. She claims sexism in the industry is still pervasive. “In my view, it’s a lot about confidence with women,” she says. “A lot of women get knockbacks especially when they’re in that production environment. It’s so male-dominated, and there’s so much testosterone going around in the room that I think women just get scared off.” For her, it’s up to more experienced women in the business to encourage and support newcomers. “With the men’s network, all of the men support each other. It’s a real old boy’s network. I think women are only just waking up to the fact that we need to do that as well within our community.” 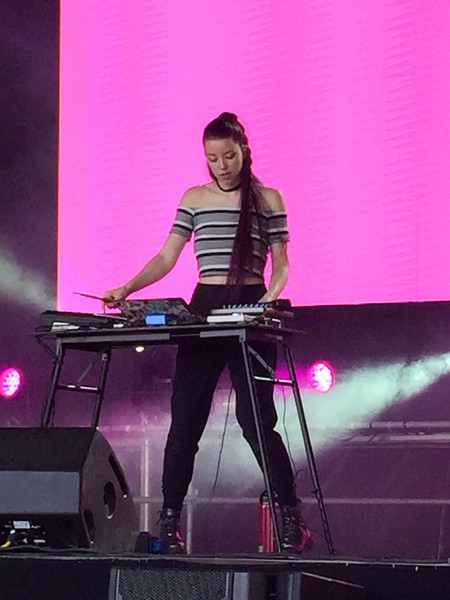 Music as an industry has struggled when it comes to sexual equality—not just in production. Women make up just 30% of senior executive roles in the UK music industry, even though they make up more than 60% of interns and 59% of entry-level business roles, according to figures from the UK Music Diversity Survey. As more women enter the business, more girls will begin to see this as a viable career path, and that cycle will continue until gender ratios are more representative of the population at large.

Ronika, who has just released a new album called Lose My Cool, says, “There are a lot more opportunities for girls, and there are also a lot more females who are out there doing it, which has paved the way for other people to go, ‘Oh, yeah. Cool. I can do that too.’” The key is to educate girls that all career paths are open to them. When a woman can walk into a recording studio and not be mistaken for the singer, that’s when we know that real progress has been made.