The Origins of April Fools’ Day 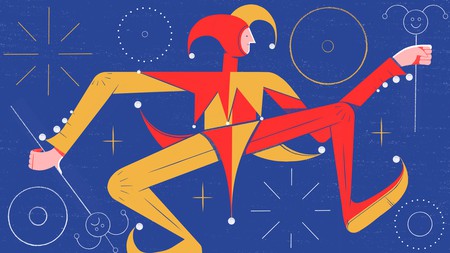 Though we know it comes around every year, some of us still find ourselves victims to pranksters on 1 April. So before you’re taken for a fool, read up on the tradition’s tricky history.

Whether you’re maniacal enough to replace the shampoo with hair removal cream or prefer a tamer prank like icing a meatloaf “cake” with mashed potatoes to trick the kids into thinking you’re serving dessert for dinner, April Fools’ Day is one full of unexpected twists. But how did the tradition start in the first place?

Unsurprisingly, tracing the origins of this impish holiday is a difficult task. Some claim the foolery is an irreverent response to the fickle weather that is characteristic of early spring. While Mother Nature’s fluctuations between windy rain and bright sunny days could be inspiration enough for devilish shenanigans, the holiday may also find its origins with the introduction of the Gregorian Calendar in 1582 by Pope Gregory XIII.

Miscalculations in the Julian Calendar meant that by the 16th century, Easter – which was meant to fall close to the spring equinox – had fallen behind by roughly 10 days. The Catholic Church felt this was unacceptable and pushed for reforms that recalibrated the Easter holiday to the spring equinox and shifted the date of the New Year from 1 April to 1 January. 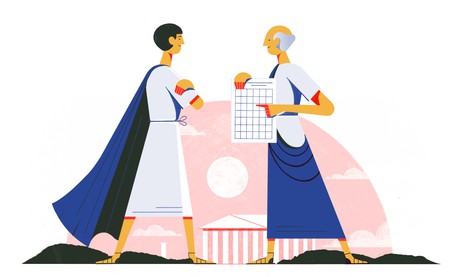 People didn’t exactly jump to change their long-held traditions – protestant England didn’t even adopt the new calendar until 1752. According to some accounts those who continued to celebrate the New Year on 1 April were deemed fools for sticking to old traditions. Alternatively, unexpected callers have been cited as the source of the holiday’s foolishness. In places where New Year celebrations involve visits to neighbours, some rogues would show up unannounced and try to convince their hosts that 1 April was still the New Year holiday.

Regardless of origin, the holiday comes with its own set of rules and superstitions. The most widespread rule is that all pranks must be finished before noon, lest the prankster become the fool. It is also said that if a man falls victim to an alluring woman’s prank, he will end up marrying her – though it’s hard to tell if that tracks.

Fools go by many names depending on where the holiday is celebrated. You could be called a “noodle” in Cornwall, or a “gowk” in Scotland, where the holiday also goes by “April Gowk”, “Gowkie Day” and “Hunt The Gowk” and lasts for 48-hours of hilarity.

Perhaps most puzzling to anglophones is the term poisson d’avril (April fish) used in France, Belgium and French-speaking regions of Canada and Switzerland. Fish also symbolise the holiday in Italy where the term is pesce d’Aprile and the Netherlands where fools are called april vis. But when you break it down, the fishy connection is not so strange after all. The holiday’s connection to Easter also coincides with the Christian holy week which many Catholics observe by eating fish over meat. In these countries the customary joke is to tape a paper fish to someone’s back without them knowing it. Though it is probably more satisfying to buy some sardine-shaped chocolates that grace the shelves of Parisian chocolatiers during this season.

While most Christian-dominant countries celebrate on 1 April, foolish traditions take place all over the world. In Portugal the holiday is celebrated on the Monday or Sunday before Lent, when prank victims may receive a face full of flour. In Spain and Latin America, the jokes happen on 28 December for the Day of the Innocents – a holiday drawing on the somber origins of King Herod’s infacticide of all male children under the age of two – where pranksters “borrow” items with no intention of returning them. In Iran, the holiday is celebrated on either the first or second day in April as Sizdah Bedar, the 13th day of Nowruz (Persian New Year), where tiny pranks are pulled on family and friends, usually while enjoying a picnic.

For centuries, the absurdity of April Fool’s Day has been the source of well-intentioned fun, and in recent times major media outlets and companies have taken part. In 1996, American fast-food chain, Taco Bell took out full page adverts claiming they had purchased Philadelphia’s Liberty Bell and had renamed it the Taco Liberty Bell. Patriotic Americans were outraged, but when the White House press secretary was pressed on the issue he decided to take the joke further by announcing that the Lincoln Memorial had also been sold and renamed as the Ford Lincoln Memorial in reference to the Detroit car manufacturer.

But it’s the BBC that has the distinction of one of the most elaborate April Fools’ pranks. On 1 April 1957, a broadcast announced that the Swiss spaghetti crop was especially robust thanks to “the virtual disappearance of the spaghetti weevil”. The announcement was accompanied with video of women plucking spaghetti from trees and laying them in the alpine sun to dry. The newsreel was so convincing that BBC switchboards were jammed with callers requesting information on how to cultivate spaghetti in their home gardens.

If you’d like to carry on the tradition, try convincing your friends and family to plant their own spaghetti trees with this advice the BBC operators told curious callers: “Place a sprig of spaghetti in a tin of tomato sauce and hope for the best”.