The UK Heatwave Has Revealed a Secret Garden at Chatsworth House 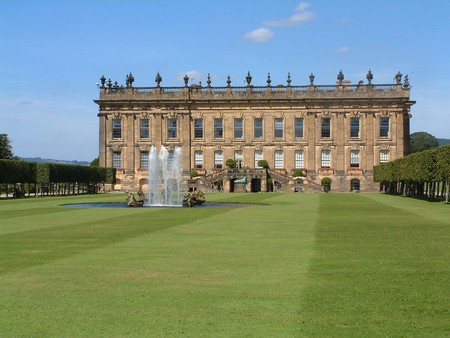 Record high temperatures in the UK have revealed a 17th-century garden landscape hidden from view for 300 years.

While Britons have spent the past few weeks sweating on public transport, furiously buying fans and secretly missing the winter’s colder temperatures, the UK heatwave has exposed a secret garden at Chatsworth House, Derbyshire.

The view from the roof is looking a little strange lately… Due to the heatwave we can see parch marks in the grass of the South Lawn. Using the second image, an illustration from 1699, we can match these up to a 17th century parterre, or formal garden. 🌱☀️🌳

Scorched grass from the extreme-for-Britain heat means that the outline of flowerbeds and paths dating back to 1699 can now be seen with the naked eye.

The stately home’s head gardener, Steve Porter, explained that although he knew the old landscape was underneath the current garden, it had not been seen before. “It wasn’t a lost landscape or anything – we knew it was there,” he told the BBC. “But the fact is, it’s normally a green lawn so everything is hidden underneath so it’s not visible.” 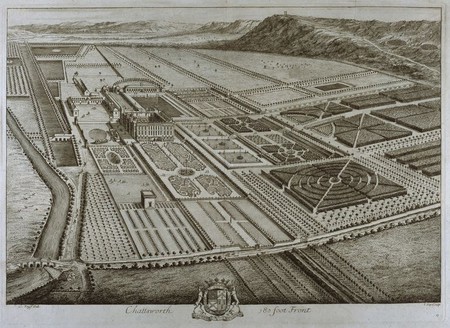 Porter continues: “The scorched and dry weather we’re suffering at the moment has meant that the areas where there were paths and things underneath are showing up nice and clearly now so you have the nice defined pattern of flowerbeds and paths.”

The grand Peak District property is in the care of the Duke and Duchess of Devonshire (Peregrine and Amanda Cavendish) and has been passed down through 16 generations of the Cavendish family.