The Tragic Musicians Of The 27 Club 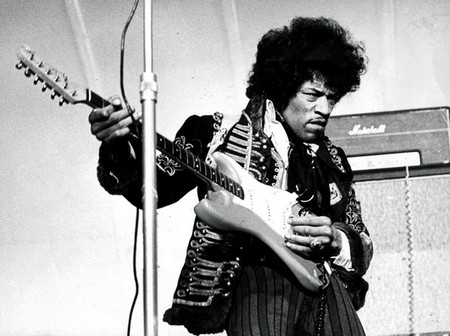 Audiences admire stars who fall hard but recover gracefully, but they idolize artists who aren’t able to recover from their crazed lifestyles. Not only did the following musicians leave a great legacy, they also all coincidentally died at the age of 27, and have become known as the “27 Club.”

Founder and leader of The Rolling Stones, Brian Jones was a talented and intelligent child. With an IQ of 135, it’s not surprising he did well in most of his high school subjects. However, he also carried out many rebellious acts. From a young age, Jones’s parents influenced his interest in music and allowed him to experiment with instruments, and he used this background to found The Rolling Stones.

Unfortunately, his nonconforming behavior worsened as he grew older, resulting in him being asked to leave the band. His excessive drug and alcohol abuse caused his life to spiral out of control; he suffered extreme mood swings which affected his interest in his band and alienated him from the other members. According to some, the combination of these conflicts led him to his death. Even though he lost his way, he is still looked upon as an inspirational musician.

Co-founder, leader, and guitarist of Canned Heat, Alan Wilson was a talented young man who had a passion for the blues. During high school he studied bluesman Skip James’s 1931 recordings and began singing in a similar style. With much practice and persistence, Wilson managed to perfect his tenor pitch, which was what he became known for. Wilson’s nickname, ‘Blind Owl’, suggested by guitarist John Fahey, came about due to his extreme near-sightedness, round facial features, and scholarly nature.

A lover of nature and a passionate conservationist, Wilson often slept outdoors in order to be closer to nature. He wrote and recorded ‘Poor Moon’, a song which expressed his concern for pollution on the moon, and he founded the Music Mountain organization to help preserve the Redwood forests of California. On September 3rd, 1970, Wilson was found lifeless on a hillside behind bandmate Bob Hite’s home; even though the cause of death was identified as accidental acute barbiturate intoxication, there were speculations that it was a suicide, due to a previous unsuccessful suicide attempt which landed him in a psychiatric centre. Even though Wilson was a man of many great traits, he had a reputation for social awkwardness, introversion, and depression.

Officially born Johnny Allen Hendrix, Jimi Hendrix was the son of a very young Lucille Jeter and soldier James ‘Al’ Hendrix. As a young boy, he hardly saw any of his four siblings, and he frequently locked himself in a cupboard to avoid the violence and abuse of his alcoholic parents. His interest in music and guitar came early, when he received an acoustic guitar from his dad. Due to conflicts with the law, Hendrix joined the U.S. army, but he was discharged due to lack of interest.

Upon leaving the army, Hendrix pursued his love for music, specifically guitars. Hendrix was part of multiple bands, but in 1966 he founded The Jimi Hendrix Experience. The band included two British musicians, but it didn’t last long, due to Jimi’s death in 1970. Hendrix had developed a heavy drug and alcohol addiction. He was pronounced dead after taking an overdose of sleeping pills. Jimi Hendrix is widely regarded as one of the most influential electric guitarists of the 20th century, and will forever be a legend to instrumentalists worldwide.

Janis Joplin is famous for her unusual but powerful vocals and was an icon of the hippie movement during the ’60s. From a young age, she stood out from the crowd. At the age of 19, Joplin moved to San Francisco in order to get away from Texas and try something new. It was there that she successfully recorded a few songs, but she also developed a drug habit and was encouraged to return to Texas. Soon after, she returned to San Francisco in order to join the band Big Brother and the Holding Company as the lead vocalist.

During her life, Janis had many short term romantic relationships, and according to her sister Laura, she was left disappointed and disheartened by many of her former significant others. One of the main reasons her relationships were short lived was due to her drug habits, which many of her partners didn’t condone. Toward the end of her life, Janis consistently performed under the influence. It came as a shock to family, friends, and fans when Janis Joplin was pronounced dead in 1970 due to a drug overdose. The world lost a woman who was not only incredibly talented, but who inspired many to be their true selves.

One of the most iconic and influential frontmen in rock history, Jim Morrison grew up in a traditional household with his parents and two siblings. After graduation, Morrison broke communication with his family, even stating that he was an only child and his parents were no longer alive; none of his family members had supported his passion for music and poetry. His passion was reflected in his work; his lyrics were deep and dark but undoubtedly inspirational.

In 1965, the band The Doors formed and featured Jim Morrison as the lead vocalist. Even though Morrison wasn’t talented instrumentally, he provided the band with impressive lyrics, which is what made The Doors a huge success. His alcohol dependency wasn’t the official cause of his death, and there are many speculations, but it’s widely believed that Jim accidentally overdosed on what he believed to be cocaine but what was in fact heroin. The legacy of this wild performer lives on.

American singer and songwriter and founder of rock band the Grateful Dead, Ron McKernan had an early interest in music, specifically R&B and blues; he was influenced by his father, an R&B and blues disc jockey. Ron taught himself to play the piano, harmonica, and percussion and worked at a music store, where he met Jerry Garcia. The Grateful Dead formed in 1965 and began producing R&B and blues, but when the band started to focus on rock, it caused conflicts between the members.

There were multiple occasions when McKernan was warned about his laziness and was accused of not being able to keep up with the band’s pace. The nickname ‘Pigpen’ links to McKernan’s mannerisms at this stage; his lack of tidiness and cleanliness didn’t go unnoticed by those who knew him. Comparisons were made between McKernan and Brian Jones; however, McKernan resigned due to poor health, whereas Jones was fired. Like many other musicians, McKernan was surrounded by drugs and alcohol. He drank heavily, and on March 8th, 1973, McKernan was found dead of a gastrointestinal hemorrhage in his home. 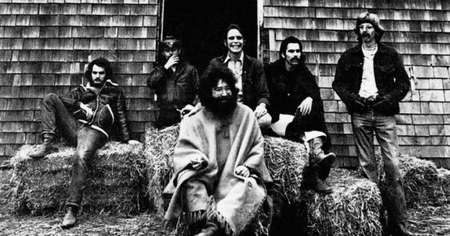 Singer, songwriter, guitarist, and member of Badfinger, Pete Ham was a native Welshman who was attracted to rock music at a young age. At 14 he formed the band Panthers, who in 1966 changed their name to The Iveys. The Iveys attracted the attention The Beatles and were signed to Apple Records; Paul McCartney stepped in and helped them earn some hits. It was around this time that The Iveys changed their name to Badfinger.

Between 1973 and 1975, Badfinger was confronted with internal, financial, and managerial issues; Ham and his girlfriend were expecting a child, but despondency regarding a lack of financial support and constant clashes with his manager led him to take his own life. According to bandmate Tom Evans, the night before Ham’s death, Evans and Ham spent the evening in a pub where Ham said, ‘Don’t worry, I’ve found a way out.’ Just three days shy of his 28th birthday, Pete Ham was found hanging from a beam in the garage of his Surrey home. A suicide note left behind stated: ‘I will not be allowed to love and trust everybody. This is better.’ Evans struggled to deal with Ham’s death and took his own life six years later using the same method.

Born to a waitress and automotive mechanic, Kurt Cobain grew up in a traditional household. Although Kurt was described as a happy and excitable boy, life turned sour when his parents divorced. According to Kurt’s parents, their divorce affected him badly and was the reason behind his dramatic personality change. Kurt became a devout Christian, and religion became an important part of his personal life and beliefs throughout his lifetime. Befriending a homosexual boy at his high school resulted in Kurt being bullied by classmates who assumed he was gay. He was a bold opponent of homophobia, sexism, and racism.

His early interest in music and art would inspire the formation of band Nirvana; Kurt was the lead vocalist and guitarist. Cobain became a heavy drug user, which resulted in multiple overdoses. As drugs began to take over Kurt’s life, his interest in Nirvana and music declined. On April 8th, 1994, Cobain was found dead of a self-inflicted gunshot wound to the head. Kurt’s depression and bipolar personality got the better of him. He will always be remembered as one of the most iconic rock musicians in the history of alternative music.

Kristen Pfaff was best known for her work with bands Janitor Joe and Hole as a bassist. Pfaff grew up in Buffalo, New York, where she and her mother, stepfather and brother lived comfortably. Kristen attended Boston College, as well as graduating from the University of Minnesota with a degree in Women’s Studies. She supported and worked as a counselor for rape victims and Restore. In Minneapolis, Pfaff, together with Joachim Breuer and Matt Entsminger formed the band Janitor Joe. Even though Janitor Joe was successful and well known in Minneapolis, Pfaff was scouted by Eric Erlandson and Courtney Love, who were interested in her individualism as well as her talent. Pfaff eventually accepted the position as bassist in Hole.

After settling in Seattle, Pfaff developed a heavy drug addiction; Seattle was Washington’s heroin capital during that period, and many were involved in the erratic lifestyle. Pfaff took a sabbatical and traveled back to Minnesota and entered a drug detox center in February 1994; according to Eric Erlandson, Pfaff was clean, but decided to leave Hole altogether and return to Minneapolis. On June 19th, 1994, Kirsten Pfaff was found dead in her apartment in Seattle on the day she was supposed travel back to Minneapolis. Found with syringes and a bag of drugs, it was confirmed Pfaff’s cause of death was due to a drug overdose.

Amy Winehouse developed an early interest in music, specifically jazz, through the influence of her family. With the encouragement of her grandmother, Amy attended theater schools where she was able to pursue her now famous vocals. At the age of 14, Amy began writing music; in 2000 she became the lead singer of the National Youth Jazz Orchestra, and two years later she was signed to Simon Fuller’s record label where she earned £250 per week. Gaining national as well as international success, Amy Winehouse became a worldwide music and fashion icon.

Winehouse was a talented and lovable character, but she soon became addicted to drugs and alcohol. There were occasions when she was booed off stage or insulted by fans who were left disappointed by poor performances due to her intoxication. A lot of Winehouse’s private life was reported in tabloids, especially her drug and alcohol addictions and failed relationships. Many encouraged her to check into a rehab center to fight her addictions. On July 23rd, 2011, Amy Winehouse was found dead in her London home due to alcohol poisoning. Her brother Alex believed the real cause of death was an eating disorder. A sculpture honoring Winehouse’s legacy can be found at Camden Town Stables Market.