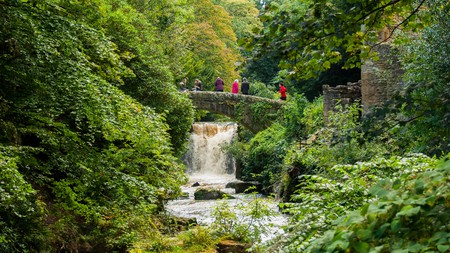 Conjure up some calm amid the chaos as we uncover these hidden pockets of tranquility in Britain’s liveliest northern cities.

Nurturing our health and wellbeing is not always about immersing ourselves in remote nature, soaking in hot springs or hugging a chunky tree or two. You can find happiness-boosting peace and tranquility in the heart of the city, too. From the sparkling waterfalls of Jesmond Dene to the steamy Turkish baths of Glasgow, check out seven ways to top up your wellness tank in Britain’s northern cities, all connected by TransPennine Express. 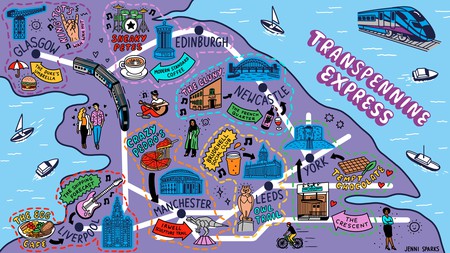 Tucked away in the depths of the Titanic Hotel, on Stanley Dock, the Maya Blue Wellness spa is the perfect escape for a little Scouse R&R. Set in the subterranean depths of a former rum and tobacco warehouse, it comprises bare-brick arches and low lighting that evoke a serene atmosphere. The Roman-style thermal suite has a hydrotherapy pool, a sauna, a steam room, as well as 10 treatment rooms all offering fancy Espa treatments, including a mindful massage and an inner beauty facial. Afterwards, take a walk around Stanley Dock and gaze at the gargantuan Tobacco Warehouse, the world’s largest brick warehouse.

Soak up some brain-boosting vibes in one of Manchester’s finest educational archives, located around 15 minutes by foot from the city’s three train stations. Built in 1899 to commemorate Manchester’s first multimillionaire, the John Rylands Library on Deansgate, a leisurely 20-minute stroll from Manchester Piccadilly station, is one of the world’s most charming reading institutions. Step behind its dramatic neogothic façade and sneak a peek at the rare collections in the Historic Reading Room, or take a mindful walk around its grand cathedral-esque interior. With soaring high-vaulted ceilings, tall stained-glass windows and acres of ornate stone cornicing, it has more than a hint of Hogwarts about it. 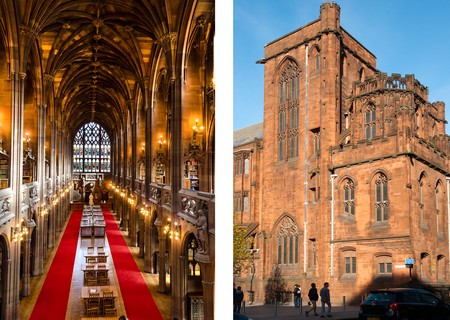 Offering a rare opportunity for a wellness-boosting walk in Leeds, succumb to serenity as you wander through the atmospheric Gledhow Woods, an ancient woodland that runs through Gledhow, a leafy suburb 10 minutes from Leeds Station by taxi or bus ride. If you really want to get the steps up and watch the scenery change as you leave the bustling city centre behind, you can walk it in under an hour. Upon arrival, follow the footpath as it runs next to Gledhow Beck, a small stream which feeds into Gledhow Lake. On your way, pass by Gipton Spa House, the remains of a gabled bathhouse built in 1671, which had a large sunken plunge pool fed by the beneficial waters of a local sulphur spring.

For a little sanctuary away from the bustling city centre, wander over to the Arlington Baths Club on Arlington Street, a mile north of Glasgow Central station. Opened in 1871, this ornate Victorian bathing complex is the oldest of its kind in Europe. Inspired by Roman baths and designed by architect John Burnett, the old-fashioned complex has a 69ft (21m) swimming pond (pool) under a natural skylight, as well as a trapeze and travelling rings if you fancy trying some aqua acrobatics. Downstairs, a Turkish suite is decorated with beautiful Moorish tiles and a stained-glass ceiling. And if you fancy going clothing-free, no problem. There are special swim times set aside for its naturist guests each week.

A leisurely 30-minute stroll from Newcastle city centre is Jesmond Dene, a firm local favourite for clearing a foggy head on a Sunday afternoon. Within easy reach of Jesmond, Heaton and South Gosforth, this leafy wooded valley stretches for 2mi (3.2km) and has wide winding pathways shaded by a canopy of native and exotic trees. Discover a series of stone bridges, a crashing waterfall, and the ruins of a 14th-century water mill. As a local nature reserve, the Dene is also home to native wildlife, where, if you’re super lucky, you might spot kingfishers, woodpeckers, and even the rare red squirrel bounding about. 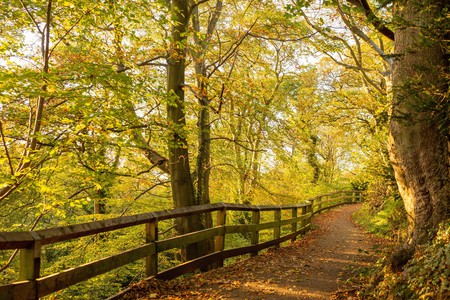 There’s nothing like a blast of salty sea air to boost your mood. Just 3mi (4.8km) from the city centre, Edinburgh’s seaside suburb of Portobello is a must-visit on any trip to the Scottish capital. Overlooking Portobello promenade, the Victorian sea water baths (now called Portobello Swim Centre) first opened in 1901 when the seaside suburb was lauded as a health resort. While the Victorian-era swimming pool is beautiful, the real highlight is the original Turkish bath. One of the last remaining public hammams in Scotland, the Moorish-style Turkish bath has three steam chambers, hydrotherapy rooms and an icy plunge pool for the ultimate hit.

Visitors catch their first glimpse of York’s historic city walls as the train pulls into the grand Victorian York station. It’s been scientifically proven that scenic views are extremely good for our health and wellbeing, so treat yourself to the finest views of York by climbing the 110 steps of Clifford’s Tower, the former keep of York Castle. Perched on top of a grassy mound, Clifford’s Tower has a stone walkway around the elevated keep wall which gleefully boasts some of the best views of the medieval old city, York Minster, and on a clear day, even views of North York Moors National Park. 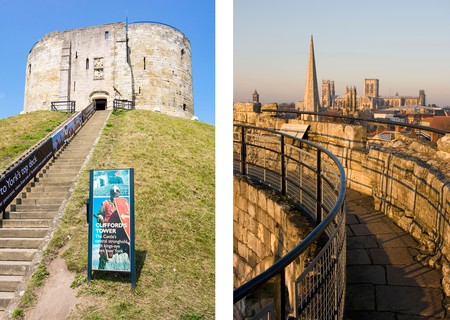