The Top Things To Do And See In Leicester 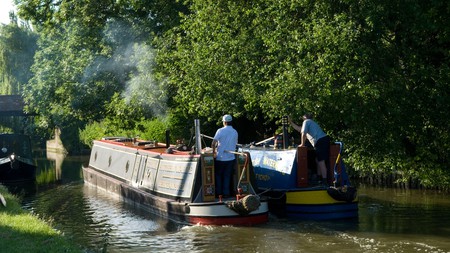 On the edge of the National Forest lies Leicester, England’s tenth-largest city and one of the oldest towns in the UK. Among the many things to discover, you’ll find the Roman baths, industrial artefacts and the burial place of Richard III. Paired with a teeming cultural life, Leicester has a fantastic array of things to do and see – here are some of our top picks. 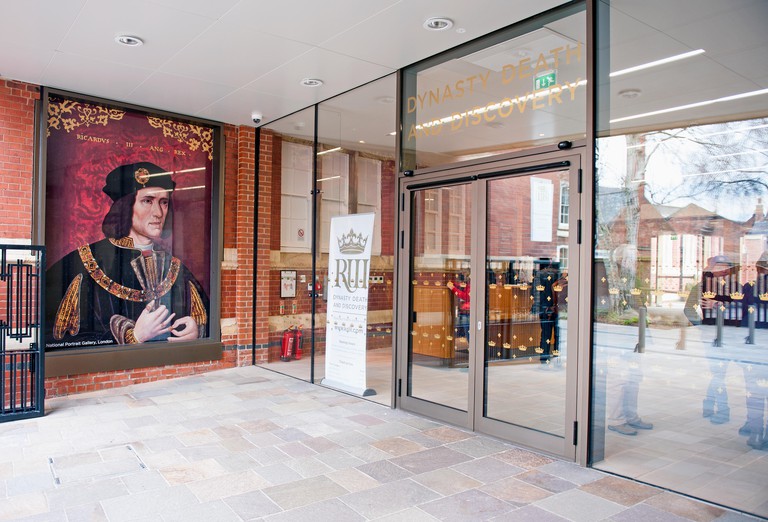 A natural number one attraction in Leicester is the King Richard III Visitor Centre, built right next to where the remains of the 15th-century king were discovered in 2012. Opened in 2014, the Visitor Centre aims to document King Richard III’s turbulent life and death as the last king of England to die in battle. The Visitor Centre was built into a former school and Victorian Revival building and blends the old with the new in its interactive exhibitions and state-of-the-art equipment.

Right across the street from the Visitor Centre lies Leicester Cathedral, another must on the list if you’re interested in King Richard III’s faith. The church, first established around the year 1089, became the king’s final resting place, as he was reinterred here in March 2015. The cathedral in itself is also a beautiful sight with stained-glass windows, spectacular interiors, and, now, the new royal tomb. 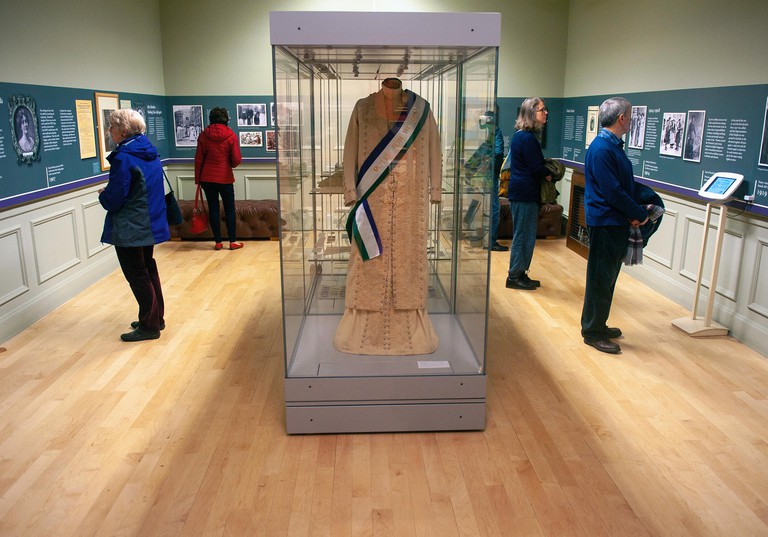 © flab lstr / Alamy Stock Photo
The New Walk Museum & Art Gallery was the original museum in Leicester, built in 1849, and displays a little bit of everything. From cultural and natural history to fine art, this museum has exhibitions on dinosaurs, ancient Egypt and German expressionism, as well as a Victorian gallery. Admissions are free, and, with its variety of artefacts and displays, the New Walk Museum and Art Gallery is sure to be worth your time.

Museum, Historical Landmark
Facebook
Email
Twitter
Pinterest
Copy link
Share
Map View
The Newark Houses Museum & Gardens is home to the museum of the Royal Leicestershire Regiment and aims to document the history of Leicester at war throughout the ages. The museum boasts an authentic trench from World War I as well as artefacts connected to the regiment’s military history, dating as far back as to the Tudors. The museum also recounts the history of Leicester and its surrounding areas and is the frequent host of different events pertaining to the city and its past.

A listed timer building dating as far back as the 1390s, the Guildhall in Leicester has served as a city hall, meeting place and courtroom. The Guildhall was the original home of Britain’s third-oldest library and has been the site of many historical debates and events, especially during the English Civil War in the 17th century. The building is today both a museum and a performance venue, and it was in this place that the press conference announcing the find of Richard III’s remains was held in 2012. 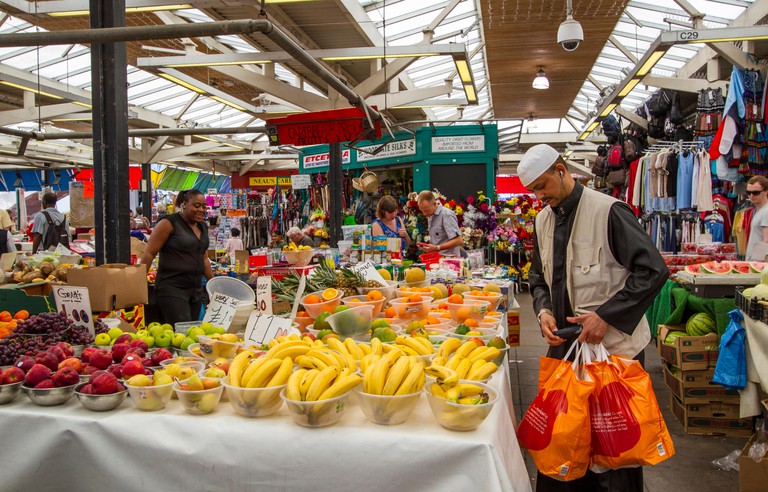 © Loop Images Ltd / Alamy Stock Photo
As the largest covered outdoor market in Europe, Leicester Market, with more than 270 different stalls, is surely worth a visit. The market is mainly a place for the sale of fruit and vegetables, but you can also find books, jewellery, clothes and flowers. The market is said to be more than 800 years old and has existed in its current spot for more than 700 years. Leicester Market is open six days a week and is sure to offer anything you could want right in the heart of the city centre.

Cinema, Theater, Movie Theater
Facebook
Email
Twitter
Pinterest
Copy link
Share
Map View
Phoenix Cinema and Art Centre is a hub for independent art and cinema in Leicester. The cinema shows a wide selection of films, from Hollywood blockbusters to small-budget independent projects, and the Phoenix gallery represents both local and international artists. Creating an immersive and wholesome experience, the centre also has its own cafe bar where food and drinks are served, allowing you to stay for as long as you like.

Belgrave Hall is an 18th-century building in the northern part of Leicester that, today, serves as a museum. The museum documents daily life in the home throughout history and displays various domestic objects and artefacts in its authentic interior. Belgrave Hall also has a small walled garden – a serene refuge from the hustle and bustle of the modern-day city. Belgrave Hall is perhaps most famous for the two ghosts spotted on the building’s surveillance cameras, making it a place of interest to ghost hunters and paranormal experts ever since. 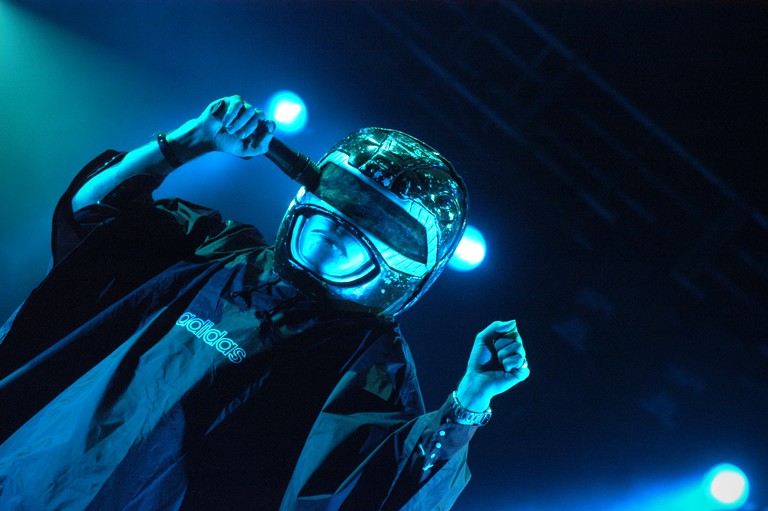 Leicester is a city of great historical significance and can boast numerous listed buildings and well-preserved historic sights. It is, however, important to remember that Leicester is also a city of great contemporary cultural importance today. Pay a visit to one of the many music venues in the city, and experience all kinds of acts, from small up-and-coming student collaborations to great bands and international artists, perform. The music scene in the city is active and vibrant, and it should not be hard to find something to suit your tastes. On the edge of the city’s leafy Victoria Park, De Montfort Hall has acted as a cultural centre for the people of Leicester for over 100 years.

Leicester is anything but a coastal town, but it does have a long canal snaking through it, which, in turn, provides a great way to see the city’s sights in style. The Grand Union Canal runs all the way from London to Birmingham, and Leicester sits right on top of it. Walk along it, or book onto one of the tour boats to experience Leicester in a unique way.

The grounds of the University of Leicester are beautiful in their own right, but the Botanic Garden is especially worth a visit. Established in 1947, the 16-acre (6.5ha) expanse is home to a range of exotic plants, sculptures and provides a great place from which to admire the Edwardian houses that now make up the campus halls of residence. Be sure to check out the nearby Attenborough Arboretum, too.