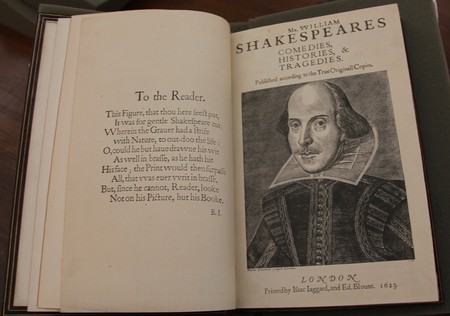 Whether it’s Jane Austen’s brooding Mr Darcy, or more recently E.L James’s bad-boy billionaire Mr Grey, something about certain fictional characters can set hearts racing and exude undeniable sex appeal. No wordsmith in history has a greater array of complex and intriguing characters than William Shakespeare, and so to commemorate 400 years since the bard put quill to paper, we celebrate his sexiest creations.

The ultimate bad-boy, Iago is the villain everyone loves to hate in Shakespeare’s 1603 tragedy Othello. Weaving a silky smooth web of lies, deceit and treachery to bring down Othello and turn him against his new wife Desdemona, you can not help but will him on as he manipulates everything around him and plays puppeteer. It was Iago who famously likened jealousy to a ‘green eyed monster that doth mock the meat it feeds on’, and it’s this pure evil streak —along with a sultry performance of Iago by Kenneth Branagh in the 1995 film version — that makes him one of Shakespeare’s sexiest. 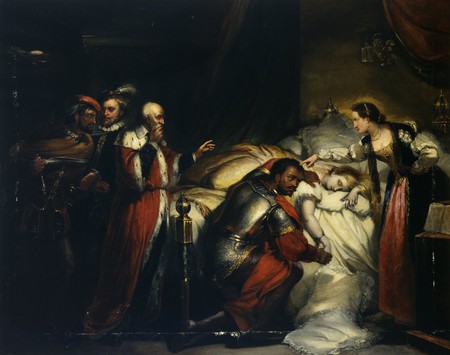 Cleopatra from Antony and Cleopatra

Nothing says feisty like a Queen scorned, and Cleopatra certainly does not disappoint. Shakespeare’s reinvention of the Eqyptian monarch in his tragedy Antony and Cleopatra provides us with one of the most complex female characters in literature, shown by her tempestuous relationship with Roman General Mark Antony which swings from passion and jealousy, to revenge and suicide in seconds. Beautiful and dangerous, her lover describes her thus: ‘Age cannot wither her, nor custom stale / Her infinite variety: other women cloy / The appetites they feed, but she makes hungry / Where most she satisfies.’ 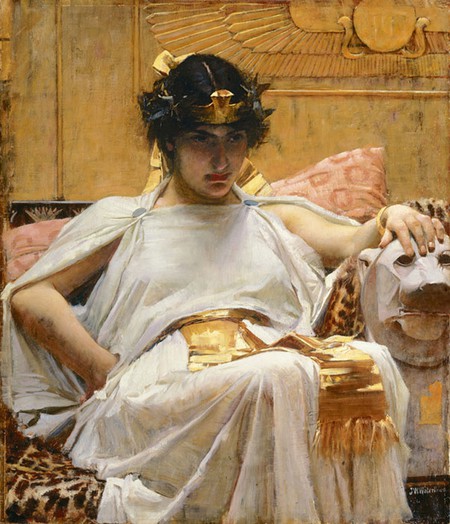 Troilus from Troilus and Cressida

Troilus represents the original heart-throb, Prince of Troy, the youngest son of King Priam and Hecuba and a vision of youthful masculinity. In Shakespeare’s 1602 tragedy Troilus and Cressida the bard re-enacts events from Homer’s The Iliad, focusing in on the love story of this young couple. Not only does Troilus successfully woo Cressida into a passionate night of love-making, but upon her capture by the Greeks as a prisoner of war he sneaks into the camp on a hell-bent mission to rescue her. When he finds Diomedes making moves on his beloved, it throws him into a furious macho rage. What a dreamboat. 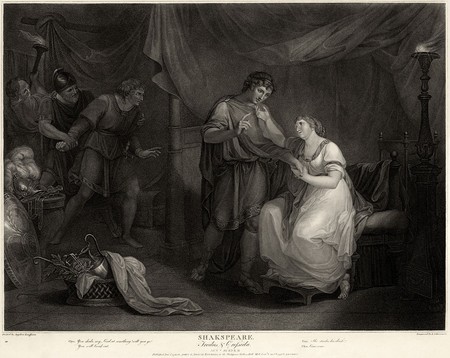 From the unforgiving backdrop of Scottish machiavellianism comes the sexier other half of this tragedy’s namesake, Lady Macbeth. They say that behind every good man is a great woman, and indeed it is her who drives the ambitious plans to murder a sleeping King Duncan and fulfill the witches’ prophecy. Though later she spirals into guilt-wracked madness, in the initial acts she demonstrates a cut-throat determination with the line, ‘Screw your courage to the sticking place and we’ll not fail’, that would have any man quivering in his boots. 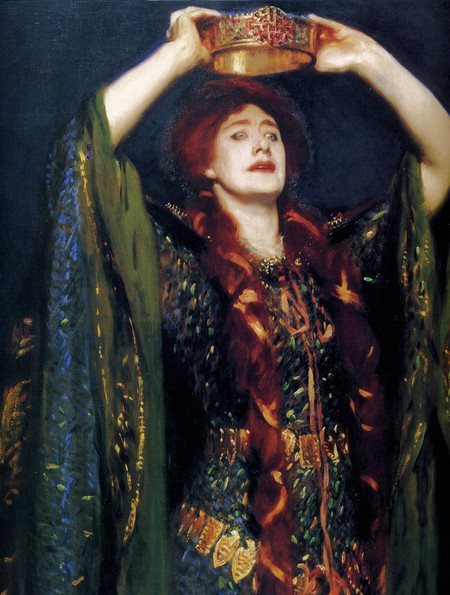 Mercutio from Romeo and Juliet

Though not the protagonist, Mercutio is one of the only elements of light relief we get in this famously doomed love story. The life and soul of the party, he takes no pleasure or part in the politics of the Montague versus Capulet drama and instead encourages Romeo into a night of revelry at the masquerade ball where he meets Juliet. Shakespeare writes pun after pun into this character’s dialogue, even on the moment of his unfortunate death he can’t resist uttering: ‘Ask for me to-morrow, and you shall find me a grave man’. There’s nothing sexier than a comedian right? 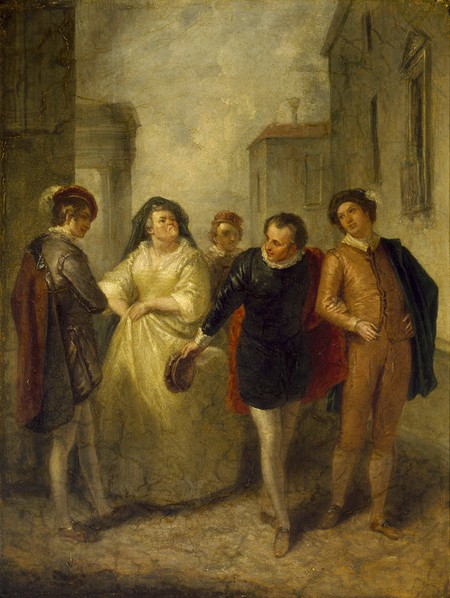 Kate from Taming of the Shrew

If by ‘shrew’ Shakespeare meant fiercely independent, intelligent and self-willed, Katherina—or ‘Kate’—from his 1590 comedy ticks all these boxes. In comparison to her slightly vapid, more conventionally attractive younger sister Bianca, Kate is by far the sexier sibling, demonstrating a refreshing example of feminism in a period full of wallflowers. Alas, she is eventually broken down by her vile husband Petruchio after all manner of psychological suffering, but her presence on this list pays homage to her true feisty spirit. See a 20th century interpretation of Kat in the 1999 film 10 Things I Hate About You. 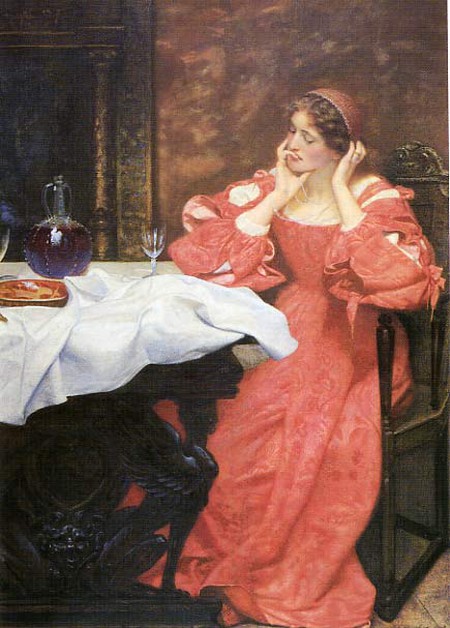 Prospero from The Tempest

There’s definitely something about wielding a magical staff that exudes a powerful magnetism. Just like Gandalf from The Lord of The Rings trilogy, sorcerer Prospero from Shakespeare’s romantic comedy The Tempest undeniably runs the show. After being usurped to power by his own brother and left stranded on an island for twelve years, one might forgive him for relishing the opportunity to wreak revenge upon his enemies when they too are shipwrecked on the island. However, he proves himself to be the bigger man when he brings all the characters together and redeems them for their past sins. An old-school gentleman and magical hero, Prospero stands firmly on this list. 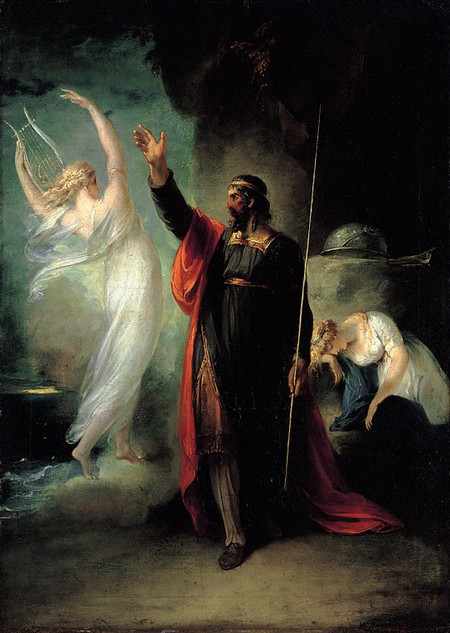 One of Shakespeare’s strongest heroines, Rosalind from the pastoral comedy As You Like It is also one of the most likeable characters from all his works. Throughout the play she remains doggedly loyal to her loved ones, using a cunning disguise to return to her exiled father and guide her beloved cousin Celia through the perils of the Forest of Arden. This early modern ‘girl next door’ also shows a remarkable wisdom for her age, the following speech to her lover Orlando proving he certainly met more than his match in Rosalind: ‘Men have died from time to time, and worms have eaten them, but not for love.’ 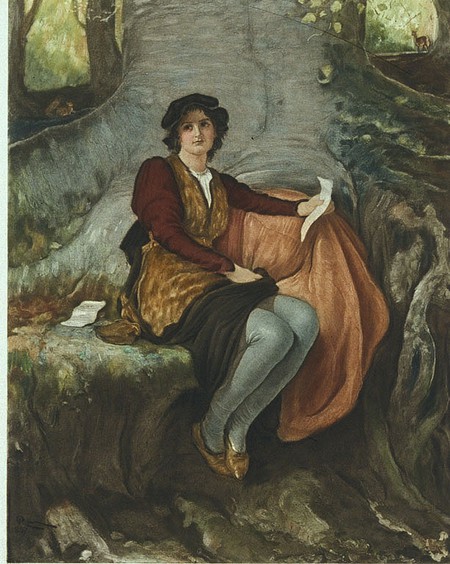 Beatrice from Much Ado About Nothing

One half of Shakespeare’s most amusing couple, Beatrice is as stubborn as she is sharp-tongued and despairs at the gender inequality that renders women the weaker sex in Renaissance society. In fierce defense of her cousin Hero she exclaims: ‘O that I were a man for his sake!’ Not one to give in to love without a fight, her relationship with Benedick is described by her uncle Leonato as a ‘merry war’ with both parties seeking to score points. When she labels him ‘the prince’s jester, a very dull fool’, he promptly sets on a plan to trick her into declaring her love for him. This back and forth is arguably the most entertaining thread of Much Ado About Nothing’s plot, each tactic building on the palpable sexual tension between these two fierce lovebirds. 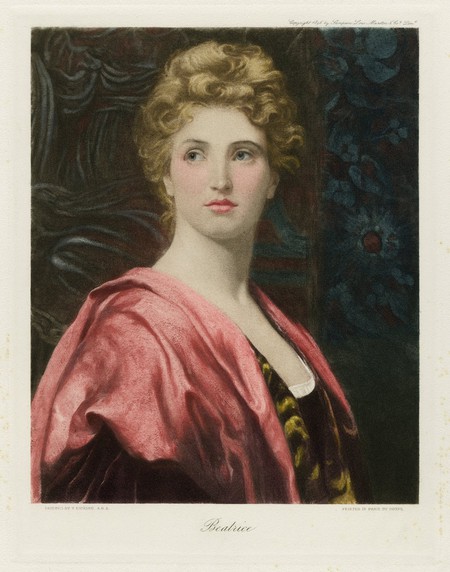 For some, there is nothing sexier than a dark, brooding enigma of a man in touch with his emotions. If this is the case, no-one fits the bill more than Shakespeare’s Hamlet. Haunted by the ghost of his father, the late King of Denmark, Hamlet spends the duration of the tragedy in a state of deep thought as he tries to unravel the truth about his father’s murder and bring about the death of his uncle Claudius who seized the throne. The immortal line ‘To be or not to be’ questions the very essence of what it is to be alive, leaving the audience enthralled and hanging on his every word. 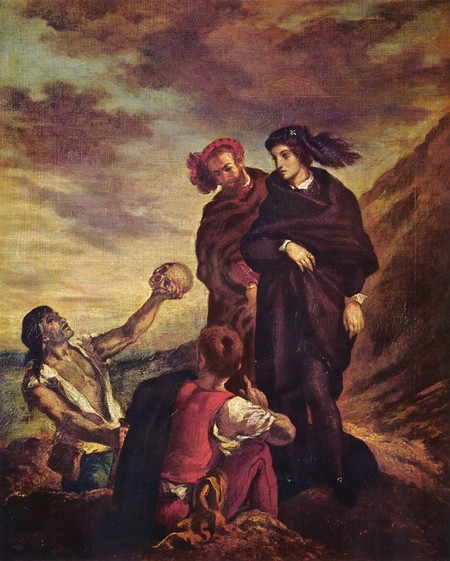 Scene from Hamlet by Eugène Delacroix (1839) / WikiCommons
Give us feedback