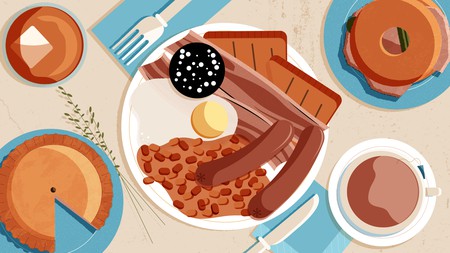 The old adage that British food is boring and bland is a fallacy, and if you scratch the surface, you’ll find hundreds of things to enjoy. Culture Trip has put together a 10-point list of the British classics you have to try – to kill the ‘boring’ myth once and for all.

Since World War II, the British have been hampered with a reputation for grey, bleak food, and an absence of culinary tradition. This belief, prompted by the rudimentary diet of ration-book Britain, persists all over the world to the present day, but couldn’t be further from the truth. From all corners of the isles, Britain has so many delights and delicacies, all steeped in the traditions of the communities that give the country its identity. Once you’ve worked your way through these 10 choices, you’ll want to get out and explore the rest of what Britain has to offer. 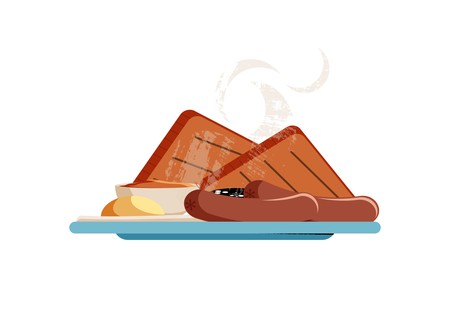 There are few dishes as recognisable, and as quintessentially British, as the English breakfast. Available all over the world, most often in hotels and cafés, the traditional morning meal can include everything from fried eggs, bacon, sausages, grilled tomatoes, mushrooms, toast or fried bread (or both), and a selection of jams and marmalades. While the English breakfast is perhaps a bit too labour-intensive – and a bit too filling – to be eaten every day, it is still beloved across the country; for some, a Sunday morning wouldn’t be right without one. And of course, there’s no better hangover cure.

No trip to London is complete without visiting Brick Lane in the capital’s east, and no trip to Brick Lane is complete without a salt beef bagel. It’s an innovation of Britain’s Jewish community, now adored up and down the UK (as the lines outside the sandwich shops will tell you). The original creators of this dish in late 1800s took the traditional British staple of boiled beef, and tweaked it with the astringent pickling spices of their Central European heritage, to then served it in freshly baked bagels, slathered in sinus-clearing English mustard. The result was an uproarious success – a cheap, filling, delicious bite; salty and spicy enough to satisfy the area’s factory workers. Nearly a century and a half later, enthusiasm for the salt beef bagel is yet to subside. 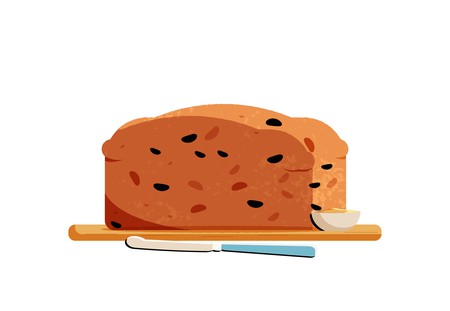 Translating to ‘speckled bread’ in Welsh, bara brith is a classic British tea bread, made from warming spices like nutmeg and cinnamon, and dried fruits – anything from raisins and currants, to chunks of dried apricot. Characteristically moist, the bread gets its sumptuous texture and earthy flavour from brewed tea, which is used as a soaking liquid for the dried fruits. Yeasty, spicy, sweet, and rich, bara brith is typically served warm and in thick, generous slices, with a cup of tea, and a slick of salty butter to contrast with the bread’s natural sweetness.

A perfectly brewed cup of tea

When you think of British people, you think of tea. Hardly a surprise, as the average Brit drinks around three cups a day, and the country itself brews around 62 billion cups each year – it’s a well-earned reputation, and one that most people in the UK would readily admit to. Once the reserve of the upper-classes, where it would be served with light sandwiches and delicate pastries for ‘afternoon tea’, tea disseminated to the wider population in the 18th century, and has since come to be an integral part of British identity. 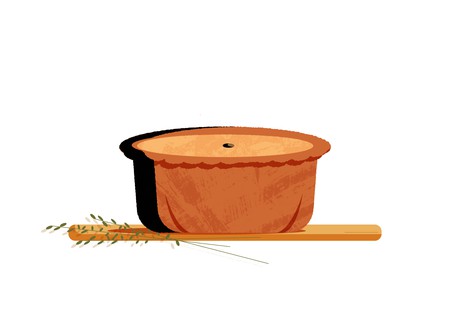 Created and perfected in the tiny Leicestershire town of Melton Mowbray, the hand-raised pork pie is a must for any British picnic – and, more often than not, any British party buffet. Surrounded by a sturdy crust, made with lard and hot water in the traditional way, the pork filling is cooked within the pie before the crust is filled with gelatin made from the pig’s bones. This jelly preserves the cooked meat, meaning that the pie can be stored and transported without spoiling; as such, it has established itself as the perfect snack for a summer afternoon.

A refreshing glass of cider

Sparkling, sweet, and sometimes spectacularly strong, apple cider is the trademark tipple of Britain’s West Country – Cornwall, Somerset and the like. In Cornwall, the tradition is for children to go ‘scrumping’ – stealing apples from all the trees they can find – before bringing them back to be fermented and made into cider. However, you don’t have to go clambering up trees to taste this British treat; cider can be found in every pub and supermarket in the country, as Britain produces thousands of litres per year. Indeed, 45% of the apples grown in the UK are for cider production, so you won’t go wanting when you’re looking for a taste. 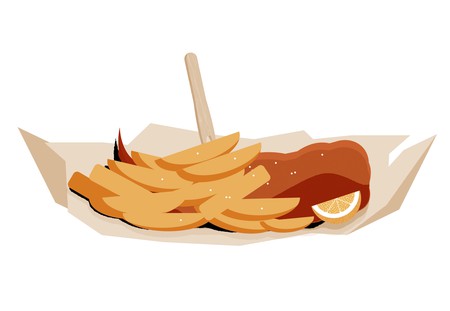 You can find good fish & chips all over the UK, but it gets better the closer you are to the coast | © Culture Trip

Where to start with the most British of dishes? Well, if you want to find it, there are over 10,000 independent fish & chip shops up and down the country, from Land’s End to John O’Groats and everywhere in between. It is the British dish: North Sea cod, or more commonly haddock nowadays, battered and fried, with a shovel’s-worth of chips, and lashings of salt and vinegar. Best eaten, of course, out of the paper it’s served in. You’ve heard of it already, but can’t possibly visit Britain without trying it properly.

The Scottish delicacy of haggis

Haggis is to the Scottish what fish & chips is to the English: the dish of the nation, known and eaten frequently by visitors and locals alike. It does, however, have quite challenging ingredients. Made with sheep’s organs, oatmeal, onion, and suet (kidney fat) stuffed into an animal’s stomach, boiled until firm and sliced open tableside, haggis can seem daunting and unappetising to the uninitiated. It is far more delicious than it sounds, however. The pride that Scots have in haggis is best encapsulated by Robert Burns – the most famous Scottish poet – who wrote a poem about the dish in 1787. Titled ‘Address to a Haggis’, it’s now often read out as the haggis is opened, on the January evening that Scotland uses to commemorate Burns. If you forget what it’s made from, you’re certain to enjoy it. 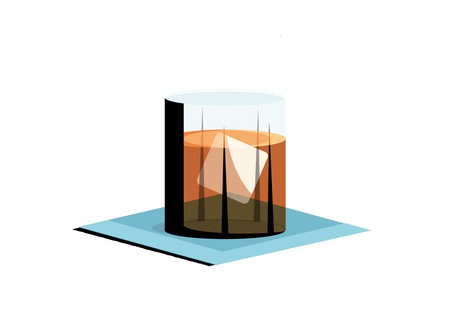 A wee dram of whisky

Perhaps the United Kingdom’s finest alcoholic export, Scottish whisky – without the ‘e’; never spelled ‘whiskey’ – is renowned around the world as the very best of its class. Real Scottish whisky is easy to spot. More often than not, it is made with malted barley: a process unique to the Scottish whisky distilling process. More importantly, however, the whisky is legally required to have been aged for at least three years in casks within Scotland in order to be described as the real thing – only 115 officially licensed distilleries operate within Scotland, so if you know it’s one of the good ones, you can trust you’re getting a world-class tipple.

A proper pint of beer

The most popular alcoholic beverage, by some distance, in the United Kingdom is beer, which accounts for around 70% of all drinks ordered in pubs. In fact, beer has been brewed on British land since before the arrival of the ancient Romans, and breweries remain common throughout the country today. From backroom microbreweries to beers with centuries-old recipes like Newcastle Brown Ale and London’s very own Fuller’s Ale, Britain is – and forever will be – mad about its beer. Wherever you are, and whatever you’re doing, you’re never too far from a proper pint, so you have no excuse not to try one.