The 10 Most Controversial Museums 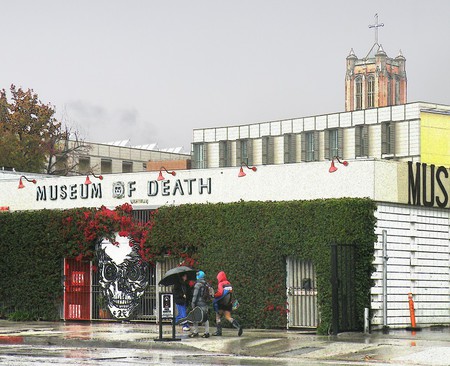 Museums are a record of past human experience. And with human experience being rather complicated (frequently messy, actually) and often rather contentious, this means lots of museums find themselves to be the unwitting focus of outrage. Here’s a look at ten of the most controversial, from museums built on colonial plunder to those with a tendency to rewrite the past, without discounting the establishments with a taste for trashy, salacious displays…

Many of the great European and American museum collections were built up in the time of empires. Many of the artifacts and antiquities they collected were taken from the peoples under subjugation. So what do we do today? Can we hold onto them if those once conquered lands have built their own museums in which they can store the items? Or should we give back our plunder? It’s an endlessly debated question and at the center is the fate of the Elgin Marbles in the British Museum. Should Britain hold onto the carved metopes that once adorned the Parthenon, or should we give them back to Greece, from where they were brought by the Ambassador to the Ottomans, Lord Elgin? More recently an exhibition of the 6000 pieces of Australian indigenous art in the British Museum led to calls to return the pieces to the Aboriginal community.

On Fifth Avenue in Manhattan is the Museum of Sex, or MoSex. Opened in 2002, it inevitably led to a raft of criticism declaring it as the Museum of Smut from amongst America’s more conservative circles. The Museum declares itself to be dedicated to the history of human sexuality in all its forms; with sections on gay and lesbian history, prostitution, and pornography. Which is highly laudable – after all, these things have been debated within academia for decades. Visitors have to be 18 or over, but still some of the material on show continues to cause offense, such as the looped video of Linda Lovelace performing fellatio. Bill Donohue of the Catholic League for Religious and Civil Rights lambasted the museum for failing to mention the role of promiscuity in spreading poverty and disease.

At what point does a museum cease to fulfill its role of educating and start pandering to baser human instincts? The Museum of Death has been said to be the museum equivalent of slowing down when passing a car crash. It’s now located in on Hollywood Boulevard in Los Angeles in a former recording studio, having been booted out of its original San Diego home. Inside you can see the guillotined head of the French murderer Henri Landru, letters from serial killers who were once the pen-pals of the owners, and the beds used by the Heaven’s Gate cult during their mass suicide as they attempted to reach a passing spaceship.

The 9/11 Memorial Museum opened up in 2014 to serve as a reminder of the events of September 11 2001. Despite its good intentions it’s been dogged by problems ever since. The notion of building on the site where once stood the Twin Towers and where 3000 lost their lives caused anger amongst many victims’ families. And then the inclusion of a gift shop selling all manner of tacky memorabilia drew widespread criticism for making money off the deaths of innocent people. The area was once known as Little Syria, the center of the Arab-American community before it was developed – a fact that is missed out from the museum displays to the dismay of many. Moreover, the explanations of why the Twin Towers were targeted by terrorists posited by the Museum caused additional discontent.

We like to think of museums as guardians of cultural property and heritage, but the Museum of Modern Art in New York has a reputation for acting as something of a cultural vandal. It’s home to a great collection of modern art, of course, with its works by Cézanne, Van Gogh and Matisse. Next door to the MoMA used to be the American Folk Museum in a remarkable building of hammered bronze panels by notable architects Tod Williams and Billie Tsien. In 2011 the Folk Museum sold out to the MoMA which decided to expand along 53rd Street, with the Folk Museum set for demolition – as it’s a modern building it’s too young to be a protected landmark. And despite criticism from architectural writers, the destruction of the old Folk Museum has begun. 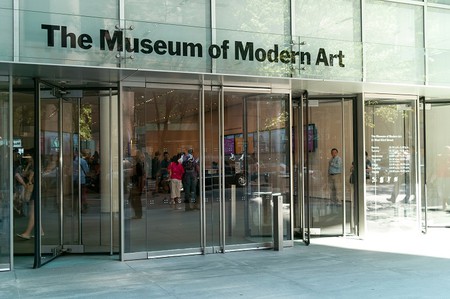 The Canadian Museum for Human Rights has only been open since 2008 but has already clocked up an impressive record of controversy. For a start it was built in Winnipeg on an aboriginal burial ground leading to criticism from archaeologists. Then there has been a long-running and unseemly issue over which group gets to receive the most museum space dedicated to their suffering. After plans for a Holocaust gallery were announced in 2010, the Canadian-Ukrainian community reacted strongly about the Museum failing to recognize the level of suffering in the Holodomor Genocide under Stalin and privileging the Holocaust. There have been issues too about the lack of focus on the Palestinian plight. Somehow, the Museum will never win. 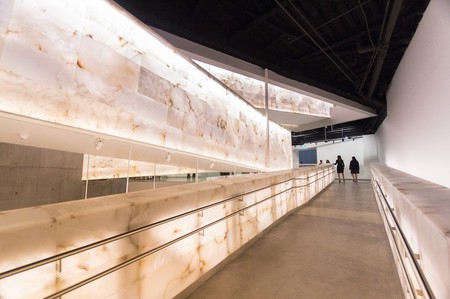 The Yushukan Museum in Tokyo is part of the Yasukuni Shrine dedicated to those who fell for the Emperors of Japan. That includes several war criminals executed by the Allies after World War II, and the Yushukan is notorious for its revised vision of Japanese history and glorification of its military past. Most impartial observers regard it as little more than a right-wing propaganda show. The Museum suggests Japan only entered the Second World War following American aggression, mentions only Japanese victories and overlooks atrocities committed by their forces like the Rape of Nanking. One of the items on display is a locomotive from the Thai-Burma Railway built by British and Australian prisoners and slave laborers, thousands of whom died in the process.

Plans for the Guggenheim in Abu Dhabi were announced in 2006. The architect for the new museum is Frank Gehry, and the museum should be complete by 2017 on Saadiyat Island, along with Louvre Abu Dhabi. The Guggenheim is set to be twelve times the size of the New York version and focus on contemporary Middle Eastern art. So, what’s the problem? Well, construction in the Emirate relies on the migrant labour force that forms half of the population. They lack any political rights and are subject to shocking human rights abuses. Human Rights Watch reports that workers on Saadiyat Island have been subjected to wage theft, passport confiscation, and underpayment. In 2011, a group of 130 artists informed the Guggenheim that once open they will boycott the Museum.

The story of the Jack the Ripper Museum on Cable Street in London’s East End is one full of duplicity and improbable details. It was opened in August 2015 as the Jack the Ripper Museum. Only when permission was sought from the local council it was claimed the new venture was to be a museum dedicated to the lives of women…rather than to the man famed for slaying several of them. The architect who worked on the Museum revealed he had been duped too, remarking the content of the Museum was nothing but “salacious, misogynist rubbish”. And there have been protests and criticism from feminist groups and academics. Strangely enough, the man behind the Museum is a former head of diversity at Google.

Modern art thrives on being provocative, and there’s been no gallery more provocative over the years than the Saatchi in London. Rewind to the 90s and the Gallery had a strong connection with the ever-controversial Young British Artists. One show put together by the Saatchi was Sensation which was due to tour worldwide. It featured things like Tracey Emin’s Tent and Damian Hirst’s fermented shark – and Marcus Harvey’s huge image of the child-killer Myra Hindley, made using a child’s handprint. Surprise, surprise, this led to an awful lot of protest in London. Then when the same exhibition came to New York, mayor Rudy Giuliani attacked the David Ofili painting The Holy Virgin Mary which was made in part of elephant dung and pornography. Although scheduled to go to Australia, the show was swiftly cancelled. 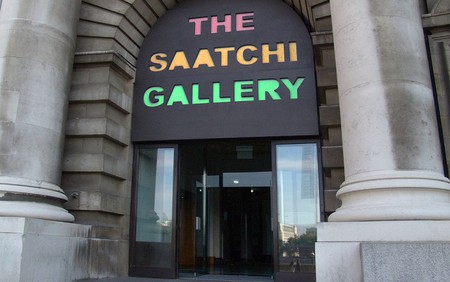 Saatchi Gallery via Mark Hardie/Flickr
Give us feedback