Ten Great Productions of 'Hamlet' From The Last 100 Years 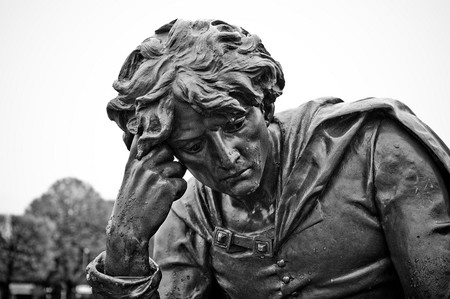 (c) poppet with a camera/Flickr

To play Hamlet, the Prince of Denmark, is the high point of many an actor’s career. Over the years the Dane has been portrayed on stage and screen by many of the greats of stage and screen, including Edmund Kean, David Garrick, Laurence Olivier, Kenneth Branagh, Richard Burton and today’s great names like Benedict Cumberbatch. Here’s our list of the best productions, notable for the acting performances, ground-breaking staging techniques, and inventive re-imaginings of Shakespeare’s great tragedy.

John Gielgud played Hamlet over 500 times, in six different productions in New York, Elsinore in Denmark, and in London. Gielgud was the definitive 20th century Hamlet, famed for his ability to convey subtle thoughts, and for his voice. In 1930 he appeared at the Old Vic in London, a production described by the great critic James Agate as ‘the high-watermark of Shakespearian acting of our time.’ Gielgud directed and performed the lead role in 1934 in a production that ran for 155 nights at the New Theatre, London, and his 1936 New York production ran for 132 nights, a Broadway record. For his 1944 portrayal Gielgud brought in the academic George Rylands to direct at the Theatre Royal which is sometimes regarded as his finest performance.

This was a radical, inventive production directed by Michael Benthall at Stratford. For a start, he shifted the setting to the Victorian era, imagining Elsinore as a dark Gothic Revival mansion. These days giving Hamlet a new setting seems normal, but then it was a new idea. And there were not one but two actors playing the lead role. On one night would be the Australian Robert Helpmann, better known as a ballet dancer, and on the other would be the great Shakespearian actor Paul Scofield. Anthony Quayle played Claudius and Claire Bloom Ophelia. Scofield played Hamlet again in 1955 for Peter Brook in the so-called Moscow Hamlet as it toured the USSR, and would go on to play the Ghost of King Hamlet in the 1990 film starring Mel Gibson.

Hamlet has been made as a film countless times since the first version was made in 1900. The most famous versions include those starring Laurence Olivier in 1948, Mel Gibson, Nicol Williamson, and Kenneth Branagh. But the best film version of all is said to be the Russian production of 1964 made by director Grigori Kozintsev with the translation to Russian made by novelist Boris Pasternak, and a musical score by the great composer Shostakovich. Hamlet was played by Innokenti Smoktunovsky who gives a virtuoso performance that was lauded by Laurence Olivier and the critic Kenneth Tynan, and took a Gold Lion at the Venice Film Festival. There’s a real focus on the politics and backdrop of war that hangs over the play, with much of the film made outdoors and with a huge cast of extras. 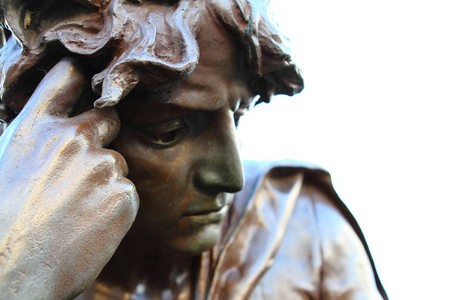 David Warner was the youngest actor ever to play Hamlet at the RSC in Stratford when cast by director Peter Hall in 1965. He was just 24 years old, in a performance that also featured Glenda Jackson as Ophelia and the great Irish actor Patrick Magee as the Ghost of King Hamlet. Though some critics attacked the mumbling, conversational manner in which Warner delivered his lines, the production was largely praised as a revolutionary interpretation of the play. Warner wore a long scarf like an unkempt student, with the older actors often boxing him in on the stage as a show of how little freedom he enjoyed. This was Hamlet interpreted as a disaffected youth who couldn’t get no satisfaction, a Hamlet for the generation of the Rolling Stones and The Beatles.

Every modern director faces a problem with the first scene of Hamlet in trying to create a Ghost of King Hamlet that doesn’t seem absurd. In Shakespeare’s own day it was still widely believed that the dead could walk again, especially if they had been wronged before their death. The solution in Richard Eyre’s hugely innovative 1980 production was to scrap the first scene and have Jonathan Pryce’s Hamlet be possessed by the spirit of his father, speaking the lines of his father’s Ghost in the scene in which Hamlet is confronted by the Ghost. The only way for Hamlet to exorcise himself of the spirit is to revenge himself on Claudius. Pryce gives a brilliant performance, some of which can be seen in the video from the South Bank Show. 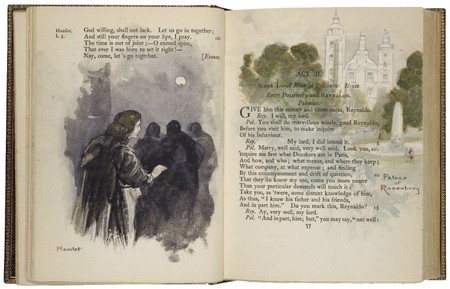 Known these days as one of the finest actors of his generation, Mark Rylance has played Hamlet almost as often as John Gielgud. He memorably played Hamlet at the Globe in London in 2000, but his earlier, 1989 portrayal won even more plaudits. An RSC production, it toured Britain and Ireland before playing at Stratford and then heading to the United States. Rylance took a new approach to the role, portraying Hamlet as a near-madman, dressed in pyjamas flecked with vomit, and spitting at Ophelia. During the tour of Britain the RSC played at Broadmoor Psychiatric Hospital. Once the play had finished one of the inhabitants, who had been imprisoned for lunacy, praised Rylance for the level of realism he brought to the role. 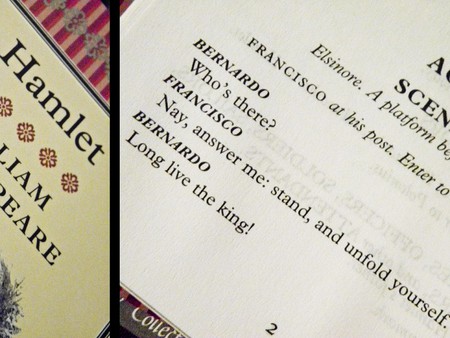 This was another ground-breaking Peter Hall production that combined both the folio and quarto editions of the play over four hours. Stephen Dillane played Hamlet, Donald Sinden Polonius, and Michael Pennington Claudius in the production at the Gielgud Theatre in London. The Sunday Times called Dillane ‘one of the great Hamlets,’ and the play ‘an unforgettable event.’ It featured Hamlet stripped naked following the scene in which he confronts Queen Gertrude and stabs Polonius behind the arras. There was said to be a genuine sense of the thriller about the production: Hamlet was played as witty and sardonic, and Claudius and Polonius as truly menacing political players. In the end Dillane’s Hamlet kills Claudius with first a stab to the leg then a ruthless cut to the back to finish him off. 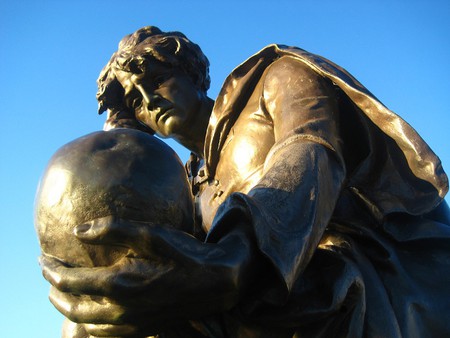 One of Hamlet’s most famous lines runs ‘Frailty, thy name is woman!’ But the Dane has been played many times by women. As far back as the 18th century the actress Charlotte Charke played Hamlet, Sarah Bernhardt in 1899, Frances de la Tour in 1979, and Maxine Peake in 2014. The finest, though, is said to have been Angela Winkler as Hamlet at the Edinburgh Festival in 2000, directed by Peter Zadek. This German production was lauded by critics, especially for Winkler’s capacity to bring out the tender side of Hamlet’s character, which is continually frustrated and confused by the events that swirl around her. And unlike previous occasions on which an actress had played the lead this was Hamlet as a female character.

In the same year as the much-praised Angela Winkler Hamlet was a very different portrayal at the National Theatre in London. Typically Hamlet is played by lithe young actors, but Simon Russell Beale was a rotund figure, then 39 years old when he played the role. And critics were initially sniffy about him taking on the part. But they soon changed their tune and the production, directed by John Caird, is now regarded as one of the best modern versions. The New York Times called Beale’s Hamlet ‘definitive.’ It was given extra poignancy as Beale had recently lost his mother, mirroring the grief that Hamlet experiences as he grieves his father and is tormented by thoughts about his mother’s complicity in his death.

This was a much hyped-up production with the then Dr. Who, David Tennant, set to play Hamlet with the RSC at Stratford in 2008. Tickets sold out at the box office within hours of opening. But any fears about the production failing to meet expectations were quickly allayed. Tennant had, after all, started out treading the boards with the RSC long before he found fame on TV. Directed by Gregory Doran, the production also featured big names like Patrick Stewart as Claudius and Oliver Ford Davies as Polonius. It was a production in modern dress, with Tennant’s Hamlet decked out in beanie, T-shirt, and parka, a slightly unhinged figure, tremendously funny despite his predicament.
By Matthew Keyte