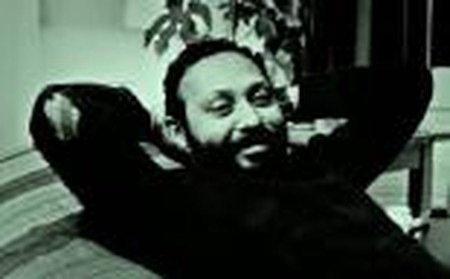 Stuart Hall was a charismatic figure in academia. When he died in February 2014, there was an outpouring of sadness and affection towards an intellectual who had been a mainstay in UK public life for over fifty years. Born in Jamaica, he was part of the first large-scale immigration of West Indians to London after World War II. Ultimately, Hall became Britain’s most prominent cultural theorist and a renowned political activist in the New Left movement.

However, Hall was mostly defined by his role as a public intellectual. It is this aspect that was integral to the formation of The Stuart Hall Project. The documentary, directed by John Akomfrah, is a visual excursion of Hall’s life. It consists of archival images, family photographs, as well as excerpts from his lectures and documentaries.

The Stuart Hall Project took three and a half years to make, as Akomfrah embarked on the daunting prospect of going through roughly 8,000 hours of footage. This sizeable quantity of film is a direct consequence of Hall’s avowed rejection of the elitist approach toward academia, for he consciously made the decision to appear on television and radio on a regular basis. He desired not only to intervene in debates but most importantly engage in dialogue with the masses.

It cannot be underestimated how significant it was for the black community to see someone like Stuart Hall on television. Akomfrah’s first encounter with Hall was as a viewer in the 1970s, watching him present his own Open University as professor of sociology.

It was a revelation. While Hall was eloquently articulating his ideas on culture in an accessible manner, the lecturer simultaneously made Akomfrah realise that he, too, is a vessel of possibilities. Hall became a tremendous role model, opening up a new career path for the black community, by making a breakthrough in the academic field that was predominantly white and middle-class.

Emboldened by Hall, Akomfrah went on to pursue his own creative interest in filmmaking. He first came to prominence as one of the founders of the influential Black Audio Film Collective (BAFC). Formed in 1982, the avant-garde group pioneered a revolutionary aesthetic with its body of experimental films that explored Britain’s relationship with multiculturalism.

Akomfrah met Hall for the first time after making his award-winning debut Handsworth Songs (1986). The film focused on the race riots in Birmingham. Akomfrah found a great supporter in Hall, who was a local resident at that time, having established the Centre for Contemporary Cultural Studies at the University of Birmingham.

Akomfrah has always been attracted to promoting the cultural legacy of the African diaspora. Moreover, as someone who was born in Ghana and then immigrated to Britain, he could directly relate to Hall’s journey. ‪

His first cinematic ode to Hall was a three-screen installation called The Unfinished Conversation, exhibited at the Liverpool Biennial and at the Tate. The title is a reference to Hall’s conceptualisation of identity, namely as an ongoing conversation between history and the personal life. Therefore identity is not rigid but instead is a de-centred entity that is continually being constructed.

The film stopped around 1968. However, the sheer amount of unused footage leftover compelled Akomfrah to make a sequel. The Stuart Hall Project is structured in a more conventional manner because of its linear narrative. Yet Akomfrah cleverly uses snippets of Hall’s voice, mainly from interviews, to allow the cultural theorist to narrate his own story.

This rich tapestry of his life is scored to the sumptuous and meditative sounds of Miles Davis’s cool jazz. Hall was mesmerised by Davis, as he explains in the film: “He put a finger on my soul and it never went away”. Of course, Miles Davis was a pioneer himself for he was the first musician to create modal jazz, as exemplified with his album Kind of Blue.

From a very young age, Hall was made acutely aware of how colour was a significant factor in determining one’s status in society. Hall states in the documentary that he is “three shades darker than his family” and therefore viewed himself as an outsider in this conservative environment.

However, a Rhodes scholarship to Oxford University — where he encounters “the pinnacle of the English class system” — provides Hall with an opportunity to escape the colonial provincialism that Jamaica was back in the 1950s. His journey speaks of a conflict between displacement and belonging, with cultural identity being an abiding theme in his career.

Nevertheless Hall often returns to the Caribbean, proclaiming it as the “home of hybridity”. His cultural theories on identity were often in dialogue with the proponents of Afro-centralism. He countered the idea that there is an essential black subject fixed in time and culture. Furthermore, he demonstrated his agility by observing how globalisation fatally undermined the idea that identity is defined by nation states. Instead, identity is multifarious and is subject to the flow of history and cultures as well as social relations.

The film chronicles post-war Britain, a period of change that was hugely significant in fashioning Hall’s perspective. For example, he was quick to recognise the significance of the emergence of mass culture. For him, culture is always changing and therefore is worthy of study and analysis. Hugely influenced by Gramsci, in particular his concept of hegemony applied to the ruling class in a capitalist society, Hall engages with culture as a “site for social action and intervention”.

Akomfrah also intersperses the film with archival images of seminal historical events around the world such as the Suez Canal crisis and the Soviet invasion of Hungary. These two events reaffirmed his rejection of anti-imperialism and totalitarianism. The latter event had a particular impact on Hall to try and reclaim Marxism as a humanist philosophy. As co-founder of The New Left Review, he opened up space for a democratic, socialist, and anti-imperial movement that emphasised human agency as the dynamic creator of history.

The Stuart Hall Project is extremely poignant at times. Hall is growing up in front of our very eyes. Towards the end, he laments how “the world is stranger to me than it has ever been before”. Yet he reiterates the importance of “recognising what the world is like, recognising the way the terrain is set against you, and then remembering the openness of history and seeing whether one can intervene”. Overall the film puts his ideas to the test, showing how history and his personal circumstance continually shaped his theories and ultimately his own identity.