The Story Of Robert Graves, A British Literary Giant

Robert Graves is amongst the sixteen Great War poets commemorated on the slate at Westminster Abbey’s Poets Corner. The poet, novelist, classicist, critic and First World War veteran’s long and compelling life and works, however, spanned an extraordinarily wide and varied spectrum of literary output; far broader than the reputation often afforded to his initial youthful and traumatic burst onto the literary scene.

Robert Von Ranke Graves (1895 -1985) was born into impressive middle-class English, German and Celtic stock, residing in London’s cosy outer suburbs of Wimbledon, Surrey. The 3rd of five children from his English father’s second marriage to his German Mother, Graves grew up among 10 other siblings, inheriting five from his father’s previous marriage. Soon awarded a scholarship to prominent British public school Charter House, his turbulent, and for the most part unenjoyable, period at the school formed the burgeoning poet and writer’s creative mental retreat. His time at Charter House did however serve at least some purpose, influencing his higher-ranking status after his hastily patriotic enlisting to World War 1 at the outbreak of war in 1914.

Graves served with distinction in the highly respected Royal Welch Fusiliers as a commissioned officer (reaching the rank of Captain) throughout the duration of World War 1, at one point being incorrectly reported as dead before eventually being decommissioned through injury after many battles – including the Somme. By this time Graves had witnessed some of the greatest horrors the world had yet seen, which he later documented in his telling autobiography Goodbye To All That. It was in his time in the Royal Welch Fusiliers, aged just 21, that his first collection of poetry Over The Brazier was published in 1916. Along with his close wartime friend Siegfried Sassoon, Graves stood at the forefront of actively engaged war poets writing with vivid realism about their experiences of frontline conflict — a somewhat revolutionary and indeed brave approach for the time. 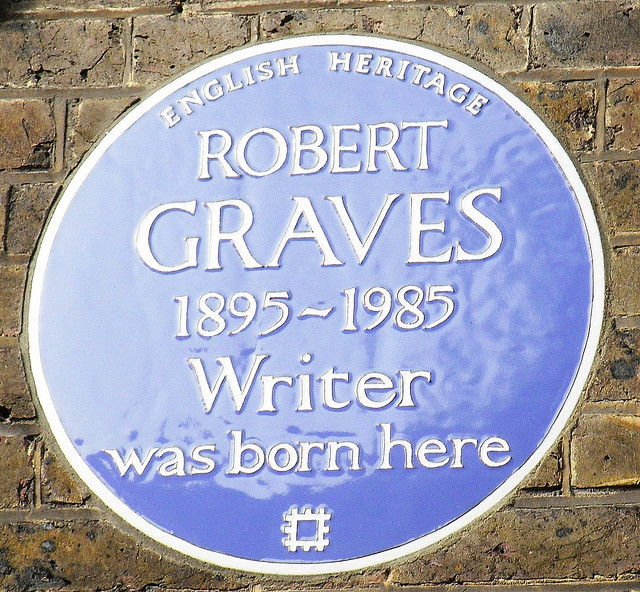 Following his decommission from the blood stained mud of Northern France, ‘very thin, very nervous and with about four years loss of sleep to make up’, Graves endured years of suffering with what would now be classed as PTSD. He studied at Oxford University (forming a close friendship with T.E. Lawrence) and later took a post at Cairo University as Professor of English Literature. On returning to England for a short period he underwent an acrimonious divorce from first wife Nancy Nicholson and decided to leave England for good  to live in Deia, Mallorca, with the complex and charismatic American poet Laura Riding, vowing never to return to England again.

Graves lived in Deia until the outbreak of the Spanish Civil War in 1936. Here, he wrote many of his most famous works — including finishing his much respected aforementioned autobiography Goodbye To All That, following on from his commercially successful biography of his Oxford comrade Lawrence and the Arabs.

It was in the sunnier climes of rural Deia that Graves, along with Riding, founded and edited their own literary journal Epilogue, whilst also writing two highly regarded academic books of literary criticism. It was also in Deia that Graves wrote his most successful ‘pot-boiler’ prose works in the Claudius series of books. The first book I, Claudius (1934), used classical sources to reconstruct the tale of the Roman Emperor Claudius, and was extended in 1935 with the book Claudius The God. After spells in both Britain and America fleeing the Spanish Civil War, Graves eventually returned to Mallorca for good in 1946, with new wife Beryl Hodge, where he lived until his death. 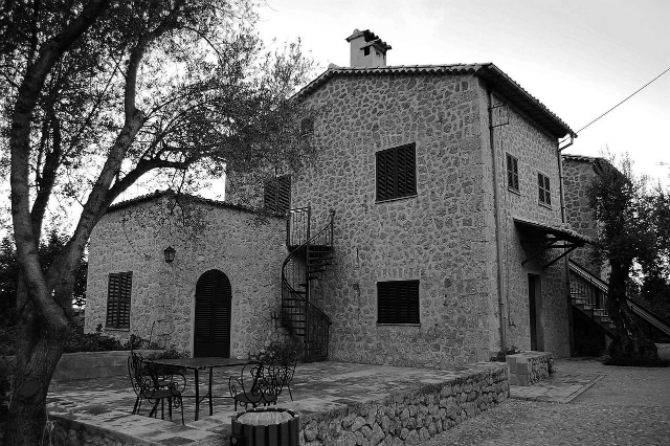 From his earliest war poems in World War I until his declining mental health forced him to retire from writing at aged 80, Robert Graves had published no less than 140 prose and verse works – not including the successful adaptations of his works for film and television. Many of his works are rooted in the classical worlds of the ancient Greeks and Romans, deeply influencing his romantic ideological belief that a poet be devoted to the creative energies of his muse (goddess), and to be a channel through which her unmediated inspiration can flow.

His initial poetic output in Majorcan exile revolved principally around his then partner Laura Riding, an intensely demanding muse. Thus, the female muse became central to Graves’s ongoing poetic theory and philosophy, inspiring his quasi-mystical devotional poetry in The White Goddess, which included an extended essay on poetic myth-making and shared many themes and ideas with his later seminal, 1949 utopian future speculative novel named Seven Days In New Crete. Leaving behind eight children, and after 10 years of failing mental health, Robert Graves eventually died at the age of 90 in 1985 and is buried in Deia Mallorca next to his beloved second wife Beryl Graves, who survived him by 18 years.