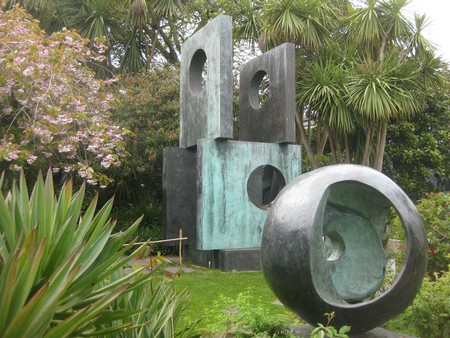 It was a long road that formed Barbara Hepworth (1903-1975), who, alongside Henry Moore, was one of Britain’s finest sculptors of the twentieth century. Hepworth is no long a distant memory; her works remain relevant to an international audience today. So, let’s take a tour of the Hepworth world.

“Moving through and over the West Riding landscape with my father in his car, the hills were sculptures, the roads defined the form.” — Barbara Hepworth

The People’s Republic Of Yorkshire

All good things have a beginning. For Hepworth, it was the ‘early memories of forms and shapes and textures’, as the precocious talent whiled her childhood away in the relative obscurity of Wakefield. For visitors to the provincial city, Wakefield hardly holds the whimsical appeal of our charmingly quaint misconceptions of Britain’s largest county. Last of the Summer Wine, the Tour de France and Heathcliff, Running Up That Hill into Jane Eyre’s open arms — Yorkshire has a strange hold on the popular conscience. It’s not all Harrogate and Yorkshire Tea sipping tundra — alongside Leeds’ Henry Moore Gallery and Institute, The Hepworth Wakefield means that West Yorkshire is home to some of Britain’s best art galleries. Sitting beside the turbulent waters of the River Calder, the Hepworth — which opened in 2011 — represents the artist’s homecoming to the landscape that first inspired those hands to sculpt. Hepworth often espoused her intrinsic attachment to the natural world and the Calder is the perfect setting to enjoy Hepworth’s work in the David Chipperfield designed haven of art heaven. 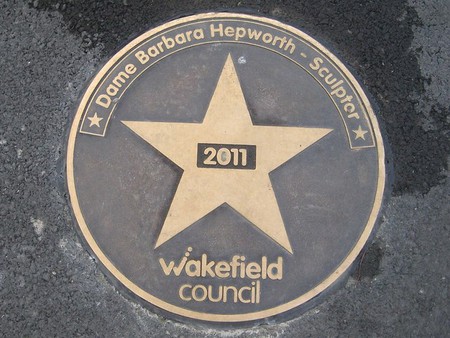 It was not the lucrative attraction of a grandiose graduate scheme in the financial services sector that encouraged Hepworth to take the plunge south. Tactically, she left the non-existent art scene of northern climes for the Royal College of Art. The capital played host to the maturing of Hepworth’s signature sculpting style and saw a transformation in her personal life. Hepworth is forever tied to the meeting of heart and mind with her second husband, the artist Ben Nicholson. The birth of her first son (with sculptor, John Skeaping) soon after arrival in London in 1929, inspired a key phase in a career in which motherhood was a recurrent trope. Perhaps this is most obvious in 1934’s Mother and Son, but the free flowing, curvaceous designs, undercut by the stark modesty of stone, were always home to the paradox of sensuality and severity that is maternity. London was where Hepworth first worked, lived, curated and was exhibited.

Have You Seen Her On TV Lately?

By the time Jagger was ‘shroom’ing and George lay his hands on a sitar, our sculptor had loftier matters at hand. She was in her sixties, after all. The Headquarters of the United Nations is that shining glass erection you see on the news. Lying beneath this steel heart of global cooperation is a characteristically bronze Hepworth commission, Single Form. It is Hepworth’s most illustrious and immediately recognisable international artwork, beamed into the homes of each and every one of the 193 member states of the UN. Hepworth was a diligent anti-fascist and a keenly outspoken force in the existential first half of the twentieth century, in which every turn seemed a final twist in the tale of mankind. Single Form is Hepworth’s lasting contribution to the political questions that shaped her life’s work. While we often associate her commissions with escapism, here was art at the heart of something new, something brilliant. Unity. Let’s not move away from this message today. Hepworth stands strong, her message immortalised in her favourite material: bronze. 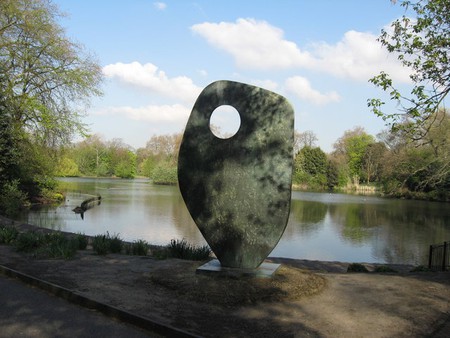 St. Ives: Time To Get Away

From the shining heights of New York’s United Nations headquarters, Barbara eloped to the south western humdrum hub of bucolic beaches, St. Ives. Chronological liberties have been taken here, as the Hepworth clan; the triplets and husband Ben; moved to St. Ives in 1950. Nonetheless, the symbolism holds firm. For the avid venturer en route to Land’s End, St. Ives is the most marvellous stop-off for any weary traveller. Refuel, rest up, enjoy the sanitised surf of this now fairly homogenised, middle class summer holiday home. However, once upon a time this was the Wild West of wilderness. Hepworth was one of the biggest names in the art world. Only a visit to the Barbara Hepwoth St Ives will reveal all to the sceptic. For anyone, even with a passing interest in art, this is a truly unique opportunity to see works of art in their intended setting, embedded in the landscape of the Cornish countryside. It is such a small, dense environment that the wanderer trips over the sculptures, before duly walking into a tree. Such is the harmony of human work and nature, the two become indistinguishable. For the macabre among you, the workshop is also the scene of Barbara’s death. Her tools still lie on the desk where she left them as the building burnt. A pyroclastic end to a burning life spent in service to her skill. If St. Ives was her Etna, then Barbara is the modern day Vulcan.