Oxford, home of the oldest English-speaking university in the world, is filled with a certain magic and has inspired writers and artists for centuries. Be it the sense of mystery or rich history, Oxford has become a prime location for the murder mystery novel over the years — the most famous of which is the Colin Dexter’s Morse series. We take a look at some other murder mysteries set in the City of Dreaming Spires. 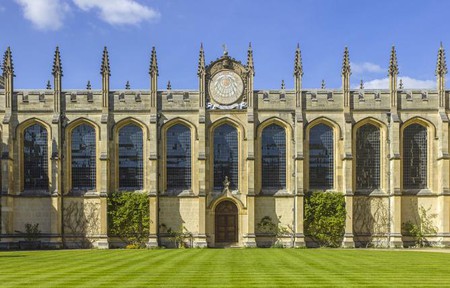 The sixth mystery novel in the Inspector Coffin series, Death Lives Next Door revolves around the quiet and well-esteemed scholar Marion Manning. Her life is turned upside down when she realises that the ‘Watcher’ — a sinister and shady presence who seems to be connected with the case that brings Inspector Coffin to Oxford in the first place — is stalking her. Filled with colourful characters, a tight plot, and plenty of exciting quirks, this engaging mystery is an expert exploration of obsession and a delightful anomaly in the typical trend of the murder mystery novel. 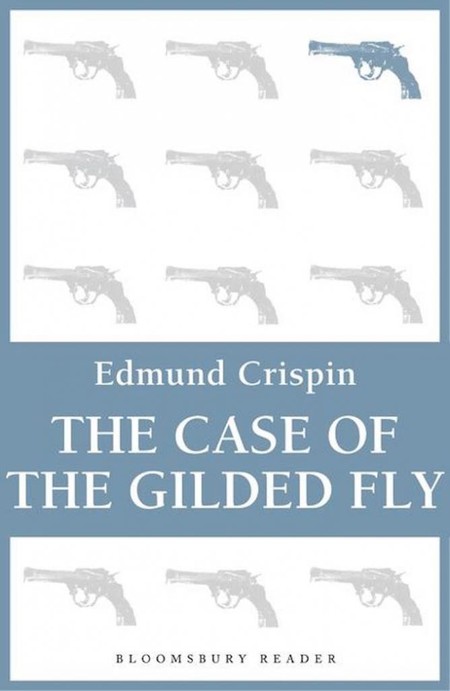 The Case of the Gilded Fly | © Bloomsbury

The first appearance of the eccentric amateur sleuth Gervase Fen, a Professor of English at Oxford University, The Case of the Gilded Fly was initially released as ‘Obsequies at Oxford.’ The latter title of the novel alludes to the unusual ring worn by the victim, a young actress found in the choirmaster’s college rooms. Though her death is eventually ruled as suicide by the authorities, Fen abruptly declares the impossibility of the death being suicide and secretly sets about finding the evidence he needs to prove his assertion. Bold, imaginative, and humorous, Gilded Fly is well worth a read. 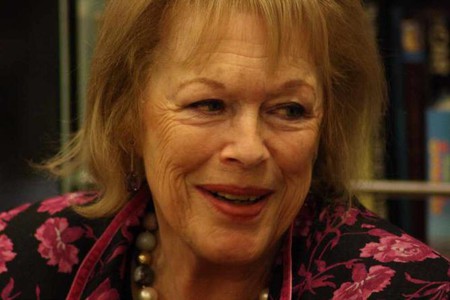 One of the many forays on the part of the famous biographer and historian Antonia Fraser, Oxford Blood is the fifth novel in a series featuring Jemima Shore, a consummately professional investigative journalist. Shore arrives in Oxford with a view to make a documentary about the decadent lifestyles of the over-privileged at Oxford. Among them is Lord Saffron, an affluent undergraduate, in whose secrets Jemima will become embroiled as allegations about his heredity and birth surface. Thrilling and ironically topical in its themes of privilege and elitism, Oxford Blood manages to remain convincing whilst never losing that spark of magic. 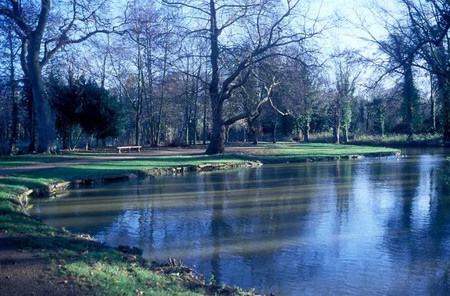 The River Cherwell alongside Christchurch Meadow in Oxford | © Rob Brewer/Flickr

Published in the same year as its more well-known counterpart, Gaudy Night, Death on the Cherwell is set in the fictional Persephone College, whose bursar is found dead in her boat on the River Cherwell by four undergraduates. The Scotland Yard detective enlists the help of the undergrads, and the subsequent narrative traces all of the ups and downs of their attempts at amateur investigation and deduction in an engaging and entertaining manner. A stellar example of the quality of writing during the Golden Age of Detective Fiction, it is scathing and thoughtful at the same time. 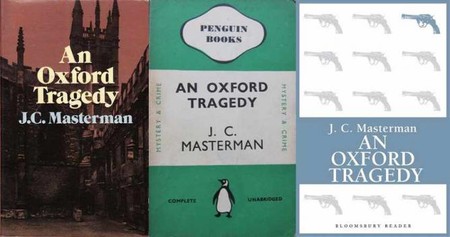 Credited as the book to have started the grand tradition of Oxford mystery, An Oxford Tragedy was one of two Oxford mysteries written by Masterman. Set in the fictional St Thomas’ College, a disliked academic is found murdered in college, killed by the weapon that he had confiscated previously. Teaming up with Brendel, a visiting Viennese lawyer and crime specialist, Winn must learn to overcome his aforementioned distaste of discussing murder and solve the crime that has shocked the community out of its tranquillity. The first of its kind, An Oxford Tragedy is a truly riveting read. 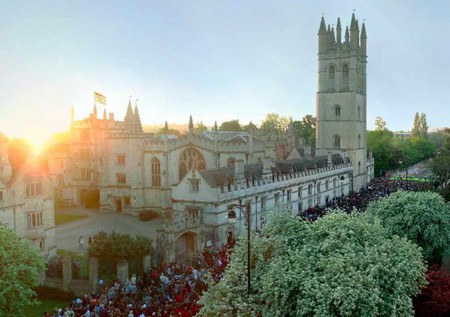 Though it is slightly unusual in that there is no police work or crime in the traditional sense, this does not make Trick of the Dark any less suspenseful than other comparable mysteries. The story revolves around Charlie Flint, a disgraced psychiatrist who is asked to return to Oxford by her former professor — this professor wishes Flint to look into the death of her son-in-law. However, it soon becomes clear that Trick of the Dark is as much of a psychological drama as it is a mystery, and its blend of psychology and traditional sleuthing makes it innovative and electrifying. 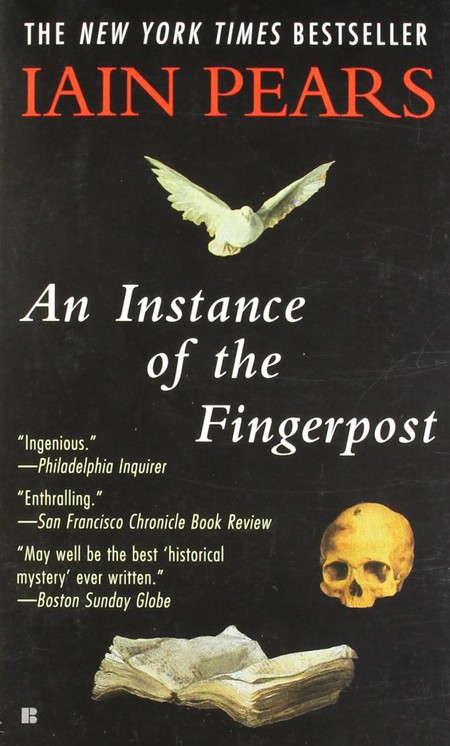 An Instance of the Fingerpost | © Berkley

A groundbreaking and inventive weave of historical fiction and fictional mystery, An Instance of the Fingerpost was critically and commercially acclaimed upon publication. Set in Restoration England, the novel maps the events preceding and succeeding a murder, the events of which are narrated through four contradictory points-of-views — such is Pears’ skill as a writer that the personalities and motivations of the four individual unreliable narrators seem to leap from the page! Gripping and fast moving, An Instance of the Fingerpost is both a fabulous mystery novel and an excellent exploration of political conspiracy and espionage. 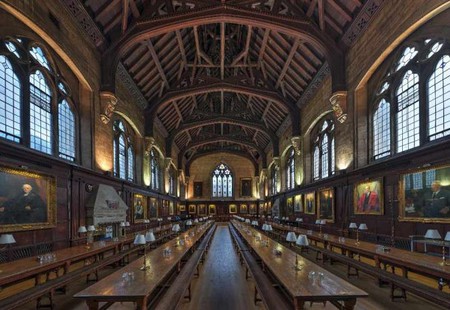 Written by the extremely popular Sayers, Gaudy Night is the only Peter Wimsey mystery set in Oxford, as most of the other Wimsey mysteries are based in London. Named after annual college celebrations called a ‘gaudy’ (an alumni reunion of sorts), the night in question is attended by Harriet Vane. What starts as a friendly gathering quickly turns sour as they are bombarded by a flurry of malicious pranks. Desperate for aid and eager to prevent murder, Vane thus turns to Wimsey in a wonderful and witty example of Sayers’ mastery of the mystery genre. 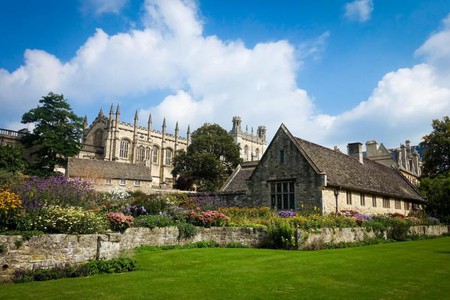 The first novel to feature the spirited novelist Kate Ivory, Death & the Oxford Box is the explosive start of the fourteen-book-long Kate Ivory series. When a fellow jogger in her morning running group complains that her husband has absconded with her valuable antique enamel box, their innocent and amateurish attempts to recover it take an ugly turn after a murder is discovered. Though not the best of Stallwood’s work in terms of its literary merit, it is, however, an enjoyable read that allows the reader to have a superb introduction into Kate Ivory’s universe. 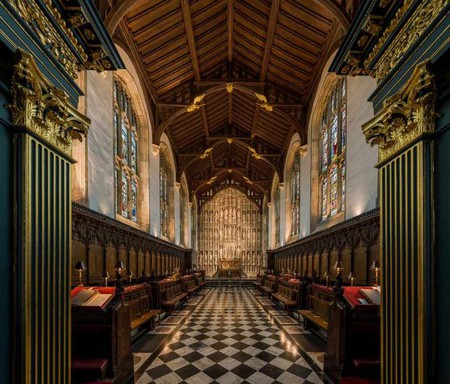 The interior of All Souls College Chapel in Oxford, England, 2015 | © DAVID ILIFF/WikiCommons

The second of the Mark Treasure mysteries, a merchant banker who ‘moonlights’ as a detective, Treasure in Oxford is an interesting tribute to John Constable and to the mystery genre. There are, within the narrative, two central mysteries: the first being the authenticity of three art pieces that may or may not be attributable to Constable, and the second being the murder that was committed for the sake of those sketches. Told with a light style and always maintaining a fast pace, Treasure in Oxford is a must-read for art lovers and Oxford fans alike.