The New Wave Of Female Photographers Shaking Up British Fashion 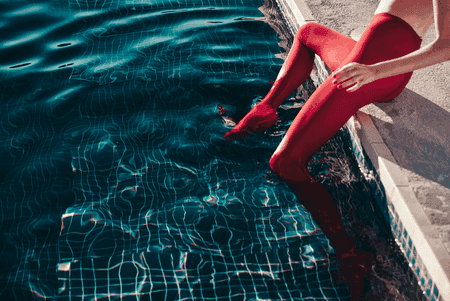 The shift in mindset regarding female equality in the workplace has been a rapid one, and we’re in favour of celebrating that fact. The creative industry is one of particular interest with its ever-growing network of entrepreneurial women setting new trends, breaking molds and introducing something new to our midst. Here, we highlight some of London’s most exciting female fashion photographers and explore just how it is that they’re shaking up the industry in Britian.

Discover the female photographers capturing the best of Fashion Week in 2018 here.

The London College of Fashion is famed for producing some of the industry’s most esteemed creative talent, and it’s clear to understand why when you consider the work of people like Nadine Ijewere, the photography graduate who takes a diverse approach to the medium. Passionate about creating something that challenges stereotypes – gender, culture, you name it – there’s an unconventional beauty to be found in her work and an individual aesthetic that you’ll soon learn to recognize. Expect to see her collaborating with some of the globe’s most prestigious names in fashion: Selfridges, Stella McCartney, Vogue and The New Yorker.

from a summer well spent 💛

Fashion editor at So It Goes and all-round industry insider, Frances Davison, or @tilfrances as you may best know her, is well-connected, much-sought after and above all, incredibly talented. As if her role at one of London’s most design-led publications isn’t enough, she also works closely with influencers and bloggers on both small, Instagram-specific shoots and more high-profile projects. Pandora Sykes, Camille Charrière and Lucy Williams are among those who credit her work on their social media channels and champion her low-lit, vintage-inspired imagery as being worthy of Lookbooks, brand collaborations and personal re-brands. Added bonus? She’s got a very unique sense of style herself if you’re in need of yet more wardrobe inspiration.

London is lucky to have adopted Australian native, Candice Lake, whose expertise in the fashion industry spans not just photography but modelling as well. She now focuses mostly on taking beautiful street-style imagery and she’s worked with British Vogue to capture the best of all the major Fashion Weeks in the calendar since 2009. A true example of how the industry is evolving, Lake boasts her own thriving social media following so she’s a recognizable face, a style icon in her own right and a talented photographer all at once. Definitely one to add to the Instagram following, she’s got an eclectic, trend-focused sense of style which you’re bound to see featured on other accounts as well as her own, specifically around February and September.

Currently splitting her time between London and Melbourne but traveling the globe to create a beautifully varied photography portfolio, Amanda Fordyce’s success seemingly knows no boundaries. Her aesthetic combines graphic lines, striking architecture and a saturated colour palette and the result is quite often a fashion photograph that’s about so much more than just an outfit. Expect a retro influence, an alternative approach to beauty and a constant source of inspiration from both her social media accounts and her personal website.

Charlotte Thomas is a woman with a penchant for photography and skateboarding in equal part and the result is a somewhat tomboyish take on the fashion industry that’s fresh, unique and endearing. Whilst she’s worked for the likes of Vogue and London Fashion Week Mens, she has also collaborated with Vans and New Balance so there’s an urban edge to her portfolio that sets her apart from a lot of her peers. She captures movement beautifully and the way in which she edits her imagery creates a consistent aesthetic that’s in-keeping with the slightly grittier theme of her shots.

With roots based in Norway but a career that now operates from London, Silvia Olsen is one of our favourite female street-style photographers to follow come Fashion Week. Off-season, she works with some of the city’s most influential style set members to create natural, project-led imagery that’s in-keeping with her perfected aesthetic – bright lighting, candid poses and natural filters. That said, it’s the biannual event that you’ll want to stay tuned for as her shots are sure to be featured, not just on her own account but on the likes of Elle UK, The Times and Stylist as well.

There’s a dreamy quality to Rosaline Shahnavaz’s work that could be aligned with Corrine Day’s 1990s prints, but placed in 2018 the look feels fresh, feminine and altogether charming. So it’s no surprise that Dazed and Confused commissions this London-based creative to shoot their backstage Fashion Week imagery – her aesthetic is perfectly in-keeping with their distinctively effortless vibe. She works with contemporary highstreet fashion labels such as Topshop, Pull and Bear and Urban Outfitters as well, and she captures a carefree attitude that makes fashion just that little bit more appealing.

Discover the best spots in London for people watching during Fashion Week here.