The Most Unusual Things to do in Devon and Cornwall

Men an Tol | © Robert Moore/Flickr
We all know that Devon and Cornwall both have stunning beaches, wild moors, and great food. But what about the things that linger beneath the surface? The places where nobody goes but the pagans, the eccentrics and the explorers? Devon and Cornwall are filled with weird town traditions, faeries and stone circles, and here are eight of the most unusual things you can do in the deepest south west corner of England.

Quintessentially English, it isn’t a proper garden without a grumpy gnome hopelessly trying to fish out of a muddy puddle. Introducing The Gnome Reserve, where over 1,000 gnomes are gathered across beautiful and enchanted gardens. You also have the option of borrowing a gnome outfit and posing with your new found friends if you so wish. A truly kitsch way to spend an afternoon in Devon.

This collection of contemporary sculptures in North Devon is beautiful, fascinating and thought provoking. Wandering around the pretty Broomhill Sculpture Gardens will reward you with bronze and marble sculptures from a whole range of award-winning artists from around the globe, with artefacts ranging from sublime to rather sinister. Summer is the best time to visit, when the garden is in full bloom. 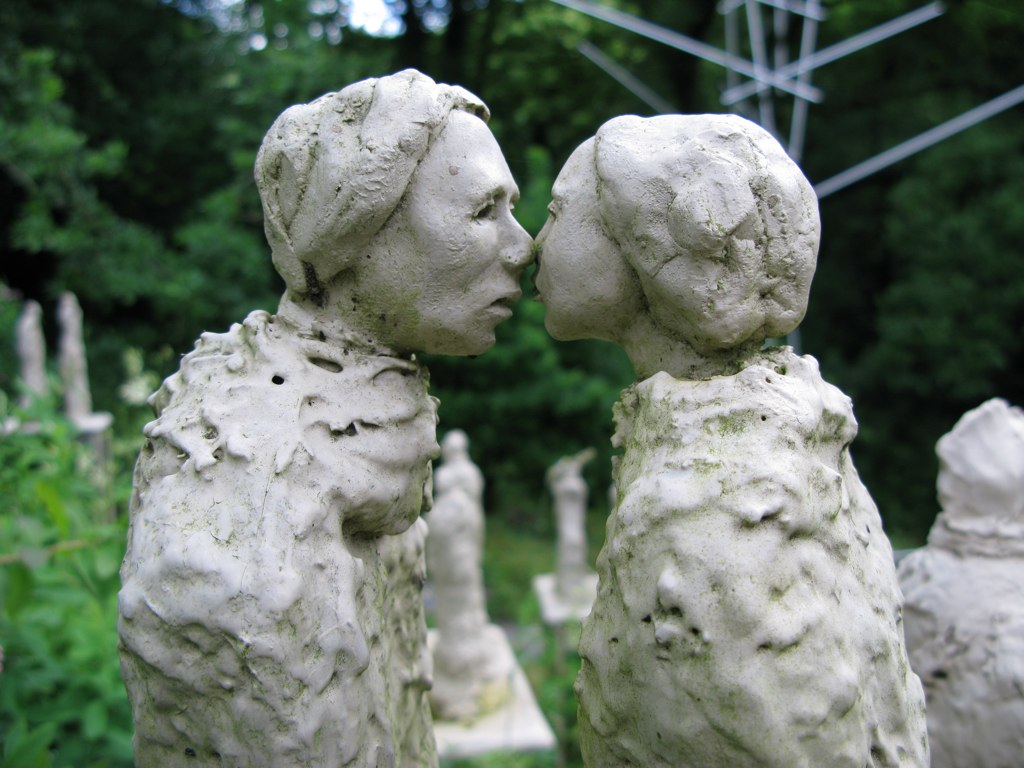 With moss-covered boulders and ancient, gnarled trees which twist and tangle all over each other, Wistman’s Wood is a bizarre area of woodland on Dartmoor that seems as though it has come straight out of a fairytale. It is haunted by stories of druids, ghosts, and supernatural beings, and although such hokum is merely myth, it’s unlikely you’ll want to spend the night there. 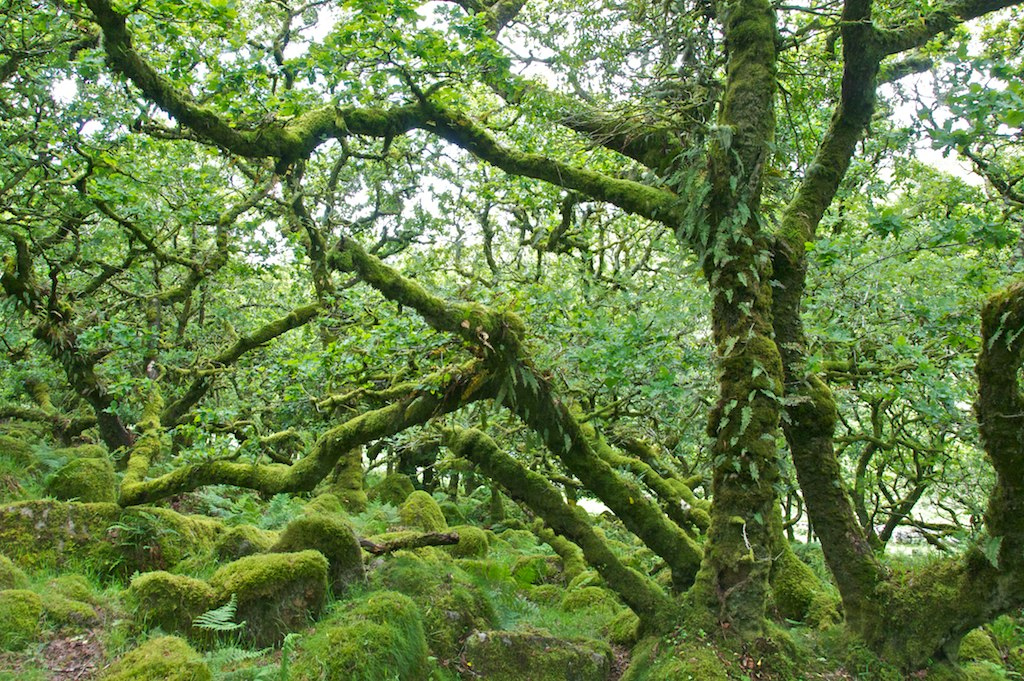 Every August in Totnes, Fore Street is closes down and a race commences, like no other: Man vs. Orange. Legend says that when Sir Francis Drake was visiting the town in the 1580s, he bumped into a delivery person who knocked over a cart load of oranges. He then proceeded to run all the way down the hill to collect them all; and so was born one of the country’s weirdest traditions. Today, participants line up at the top of Fore Street, roll or throw their oranges down the hill and promptly chase after them.

Oh and of course the #orange thing in #totnes

Bodmin Jail is a pretty formidable place, but then a prison built by French prisoners of war high up on Bodmin Moor is bound to have a sordid history. Once a prison for the bankrupt, and then the Navy before falling into disrepair, this is a day out for those who are into the supernatural and the downright horrible. If you are really into scaring yourself, you can take a tour of the jail after dark, where you will join the resident medium in ghost hunting throughout the night until 5am. This is said to be Britain’s most haunted venue, so be prepared to be scared out of your wits! 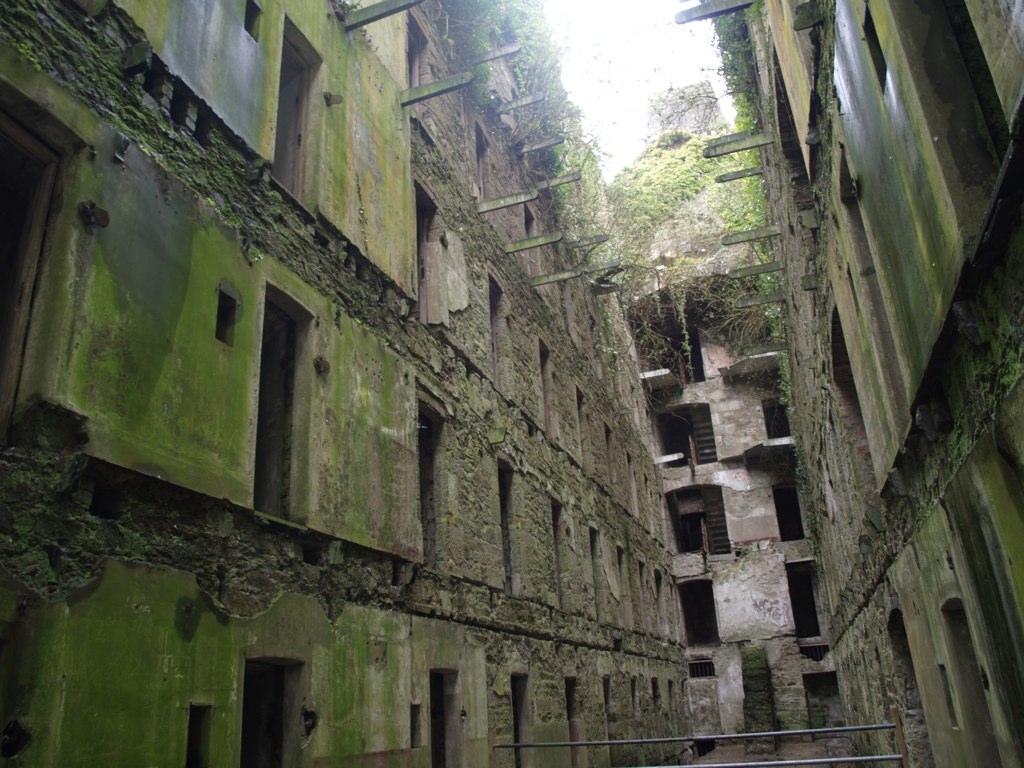 This is a circle stone within a stone circle which either dates from the Neolithic of Bronze Age (nobody is quite sure). The Men an Tol is said to be a gateway to health and fertility, and is guarded by a Cornish piskie or fearie. Cornish folklore has it that humans who pass through the stone will be cured of all ailments or illnesses, and women who pass through on a full moon will be blessed with fertility. Whilst on Madron Moor, visit Lanyon Quoit and Boskednan Stone Circle too.

Men-an-tol Celtic stone sculptures in the moonlight. It was pretty spooky hanging around here on my own in pitch blackness.

Natural Feature
Down a forest pathway just north of Tintagel, you will find a 60 foot waterfall which crashes into a basin and through an arch which has been eroded by the water over thousands of years. St Nectan’s Glen isn’t only beautiful and a place of geological interest, but it was thought to be a place where fearies and other mythical creatures gathered. When visiting, it is likely that you will find crystals and ribbons festooned on the trees and lining the water. This pagan tradition of leaving tributes by water sources is known as a clootie well.
More Info
Open In Google Maps
Trethevy, Tintagel, England, PL34 0BG, United Kingdom
+441840779538
View menu
Visit website
Visit Facebook page
Send an Email
Give us feedback
Give us feedback