The Most Spectacular Places To Surf in Europe

Europe has a fantastic variety of surfing all across the continent, from the icy waters of northern Scotland to the balmier conditions of the Canary Islands. Culture Trip picks out some of the very best beaches to surf throughout Europe.

Situated in Donegal, Ireland’s northernmost county, there are a number of brilliant surf spots near the town of Bundoran, in Donegal Bay. The beach at Tullan offers the most reliable and consistent conditions, suitable for surfers of all abilities, but those seeking a bigger challenge should head to ‘The Peak’, which has a brilliant reef break at low tide. In autumn and winter conditions you’ll need a hooded 5mm wetsuit, or at least add a hood, booties and gloves to your regular suit. In the summer, though it isn’t warm, you can leave the accessories and stick with a 5mm, or even 4mm, wetsuit. 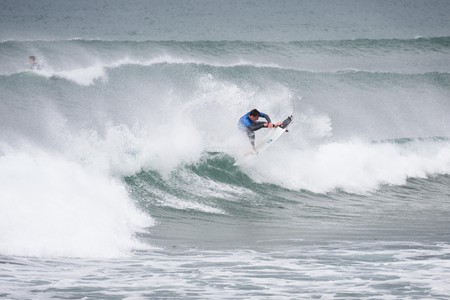 In the Basque region of France, close to the border with Spain, Biarritz is one of Europe’s surfing hotspots and one of the best in the world. Cliffs dissect 6km coastline to form six beaches, all of which lend themselves to high-quality surfing. As such, there are also plenty of local surf schools to aid development. For a large chunk of the year just shorts and a rash vest is fine, while for winter 2mm or 3mm short-sleeve and long-sleeve wetsuits are the way to go. 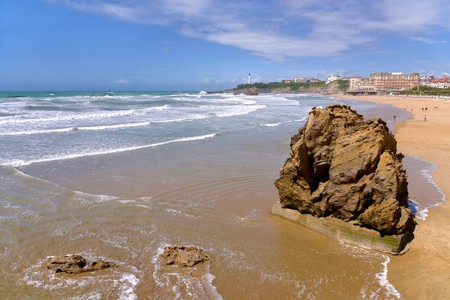 Home to international surf competitions, Zurriola beach is the place to head to in this part of Spain, which, like Biarritz, is close to the Spain-France border. The beach offers great breaks regardless of the tide, and there are also plenty of facilities located nearby, including changing rooms, showers, bike racks and plenty of places to eat and drink. Autumn swells require a thin westsuit, but boardies and rash tops are perfect for the summer. 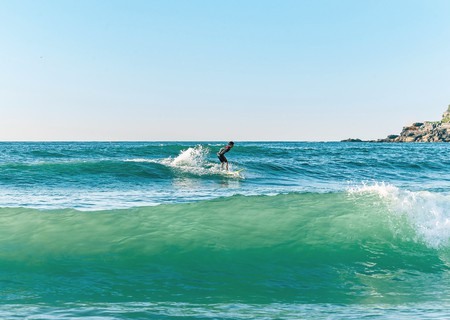 This is probably Cornwall’s best reef break, and as a result it can get fairly busy, but the crowds are worth it. This offers a consistent swell and produces large tubes, but surfers should be careful because at low tide it can get dangerously shallow. If you’re brave enough to go in winter then 5mm suits, gloves and booties are required. 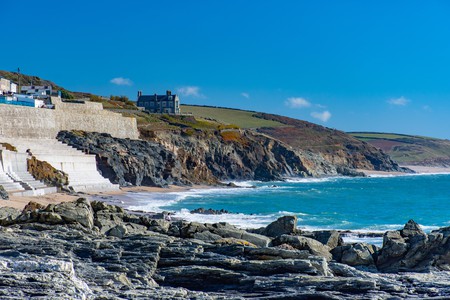 Quite simply, the waves here are gigantic. The 5,000m canyon off the coast causes huge breaking waves to form, some reaching as high as 100ft. While the waves attract big-wave surfers eager to test their mettle, there are other parts of the beach that have more accessible offerings. As with most of the Portuguese coast, a 3mm wetsuit will suffice to maximise autumn swells. 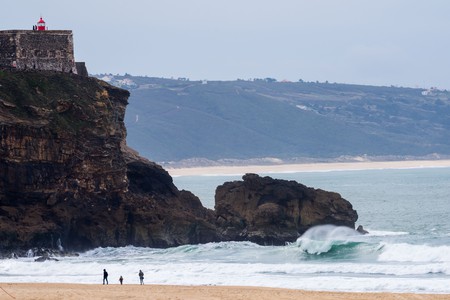 The Praia do Norte (North Beach) is a Portuguese beach located in Nazare, Portugal. | © KazT/Shutterstock

This is an almost terrifyingly chilly spot that has become known as the ‘Cold Hawaii’ – a hooded 5mm suit, as well as gloves and booties, are an absolute must. This part of Denmark has a number of brilliant surf spots, but Klitmøller is the best. The winds make it popular with windsurfers, and the area is known for events and competitions. 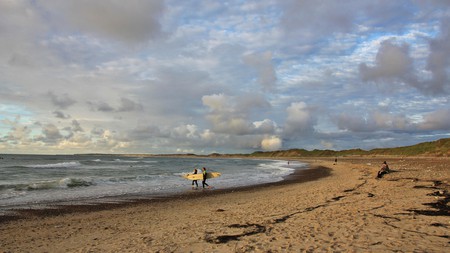 The Portrush West Strand is one of the most popular places to surf in Northern Ireland and is fantastic for beginners, but the ‘Blackrocks’ reef offers bigger and tougher waves that suit more experienced riders. The alternative is the East Strand which requires greater skill than its western brother. Although you could get away with a standard 4mm suit in warmer months, generally you’ll need gloves, booties and a hood given the temperatures. 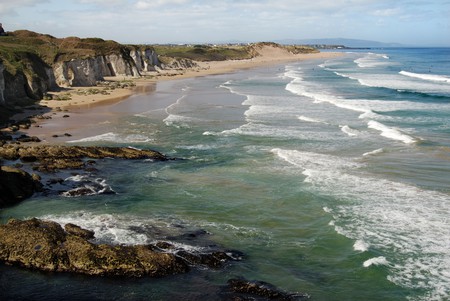 East of San Sebastián, this little fishing village near the city of Bilbao offers a testing dangerous wave that is at its best between low and mid-tide. The excellent left-hand barrel forms extremely quickly, and it’s probably best to head there in the autumn, when conditions are at their best and a 3mm wetsuit will be more than enough. 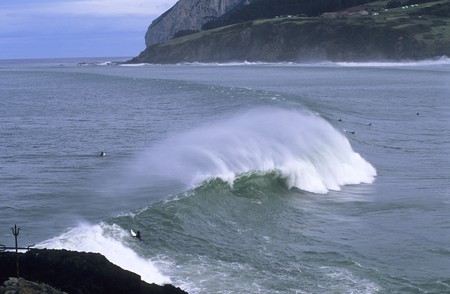