The Most Influential Plays By Harold Pinter 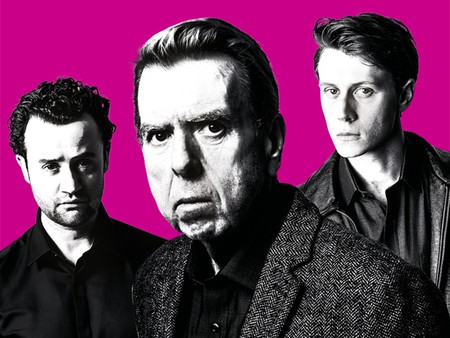 Harold Pinter was one of the most influential, provocative and poetic dramatists of his generation, awarded the Nobel Prize for Literature in 2005. Over the course of a 50 year career, his prolific prose spanned stage and screen, and spawned the adjective ‘Pinteresque’, suggesting a cryptically mysterious style imbued with hidden menace. The Culture Trip looks back at some of Pinter’s greatest plays.

The Homecoming, Pinter’s tumultuous two-act play offering glimpses of the inner furies raging at the heart of a family of warring men, premiered in London in 1965, three years before the abolition of stage censorship in Britain. It was described by Pinter’s biographer, Michael Billington as a ‘Freudian play about sons filled with subconscious Oedipal desires’.

After living in the United States for several years, Teddy brings his wife Ruth home for the first time to meet his working-class family in North London, where he was raised. A turf war plays out in a moral vacuum, amidst a deluge of misdirected love, brewing sexual tension and one-upmanship. Directed by Sir Peter Hall, the original production starred Pinter’s first wife, Vivien Merchant, as the coolly inscrutable Ruth. Jamie Lloyd’s revival at Trafalgar Studios 50 years later was met with critical acclaim, exposing issues of sex and power in a realistic yet aesthetically stylised manner.

The Birthday Party was Pinter’s second full-length play, and one of his best-known and most performed. It premiered in Cambridge in 1958, before transferring to London where it was initially decimated by critics, closing after only eight performances. The Birthday Party centres around Stanley Webber, an erstwhile piano player in his thirties, residing in a rundown, seaside boarding house, managed by Meg and Petey Boles. Meg attempts to organise a birthday party for Stanley (despite his insistence that it’s not actually his birthday). A knock at the door by two sinister strangers, Goldberg and McCann, who arrive ostensibly to rent a room, signals Stanley’s reckoning – his personal narrative unravelling in an anxiety-fuelled power play.

Alternately classified as ‘comedy of menace’ and ‘theatre of the absurd’, The Birthday Party is brimming with contradictions, non sequiturs and cross-talk. Comedic moments rapidly shift towards menace, such as when a party game of blind man’s buff quickly degenerates into violence. In keeping with common Pinter parlance, very little expository information is verifiable, and is often contradicted.

Facebook
Email
Twitter
Pinterest
Copy link
Share
No Man’s Land is one of Pinter’s absurdist plays, written in 1974 and first staged at The National Theatre in 1975. Bearing thematic resemblance to The Caretaker, the play is set in North West London and features four male characters: Hirst, an alcoholic, upper-class intellectual haunted by dreams and memories, who resides in a grand house with Foster and Briggs, his amanuensis and man servant respectively. Hirst picks up Spooner, a ‘failed, down-at-heel poet’ at a local pub, and invites him home for a drink. Claiming to be a fellow poet, his vague and inebriated reminiscences hint at knowing Hirst from university days. This ‘stranger’ opportunistically tries to settle himself there on a permanent basis by sowing dissension among the occupants, only to be stymied by the gatekeepers of the status quo.

Echoing T.S. Elliot, the play draws on themes that Pinter often returns to: the fallibility of memory; men’s contradictory impulses towards brute strength and sensitivity; the ultimate unknowability of women; and the notion that all human contact is a battle. Ian McKellen and Patrick Stewart, who starred in a Broadway production in 2014, will reprise their roles at Wyndham’s Theatre from September 2016. 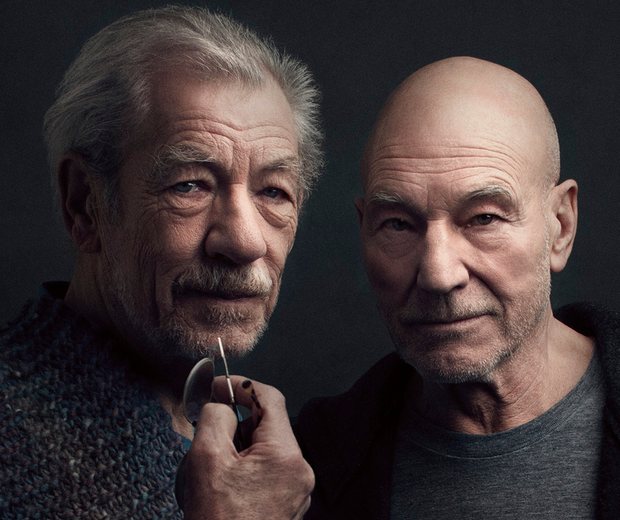 Inspired by Pinter’s seven year affair with BBC Television presenter Joan Bakewell while she was married to TV producer Michael Bakewell, Betrayal is an exposition of middle-class adultery and guilt. First presented by The National Theatre in 1978, many critics of the day were disappointed that Pinter – master of menace, puzzlement and the pregnant pause – had written such a comprehensible drama about bourgeois cuckoldry.

The play opens with the dying embers of the relationship and works slowly backwards to its beginning, nine years earlier. This innovate usage of reverse chronology ensures that the action unfolds with gathering, inevitable irony, so that the final scene, in which Jerry professes his love to the astonished Emma, appears both extemporaneous and fatalistic. It features Pinter’s typically economical dialogue, coupled with a cast of characters defined by veiled emotions and motivations, cunning, face-saving, self-deception. Though punctuated by moments of tenderness and humour, the play predominately trades in the shifting balance of power in triangular relationships, and with the pain of loss.

Despite being his sixth major work for stage and television, The Caretaker was Pinter’s first significant commercial success, putting him squarely on the ‘theatrical map’. The warped domestic tragicomedy premiered in London’s West End in 1960 before transferring to Broadway. Not readily decipherable, it hints at mischief lurking in the darkest corners. As with many of Pinter’s plays, it is loosely based on an episode from his own life, when he and his first wife Vivien Merchant were living in Chiswick.

Psychologically damaged handyman Aston invites irascible tramp Davies to stay at his brother’s ramshackle flat after rescuing him from a bar fight. At first it seems that the manipulative guest, quick to assert his jaunty entitlement, will take advantage of his vulnerable host. But when Aston’s handyman brother Mick arrives, an enigmatic power struggle emerges between the three men. Mick’s lavish plans to refurbish the house are about as plausible as Davies’ claims to be en route to Sidcup to retrieve his identity ‘papers’. All three men are failures at life, barely scraping by. Their piteous desperation speaks to the cruel humanity of the play.