The Most Iconic Jerseys in Cycling History 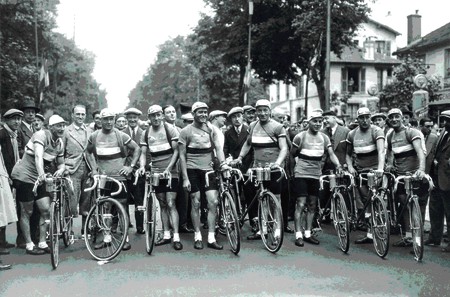 Chris Sidwell’s Cycling Jerseys celebrates some of the sports most iconic designs in one beautiful book. While the general classification jerseys of the Grand Tours have obvious gravitas, we pick out some of our team favourites.

The team’s name came from the French word for ‘kingfisher’, and as a result the bikes and jerseys the team wore were both kingfisher blue. The understated elegance was designed to reflect the simple grace, but at the same time, effectiveness, of the bikes Alcyon produced. Although they no longer exist as a team or bike manufacturer, the kingfisher blue is still seen today as the base colour on the Belgian national team jersey. 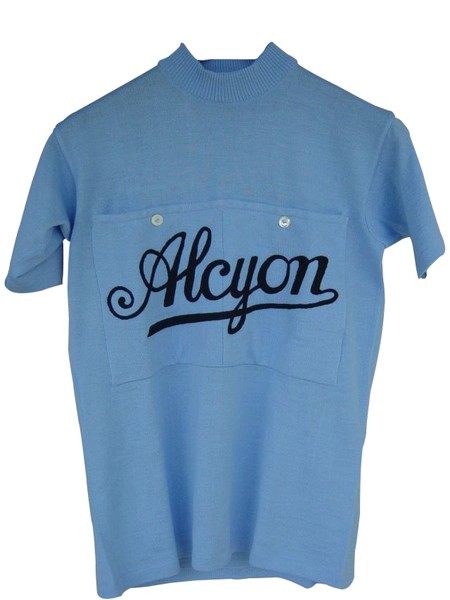 Everything about La Vie Claire screamed success. Headed by millionaire businessman Bernard Tapie, they had two Tour de France winners – Bernard Hinault and Greg LeMond – among their ranks, they paid big salaries and were at the forefront of technological advancements in equipment and design. Their jersey, designed by Benetton, was inspired by Piet Mondrian’s Composition With Large Red Plane, Yellow, Black, Grey and Blue. The Tours of 1985 and ’86, with LeMond and Hinault at the front, helped cement the jersey in cycling folklore. 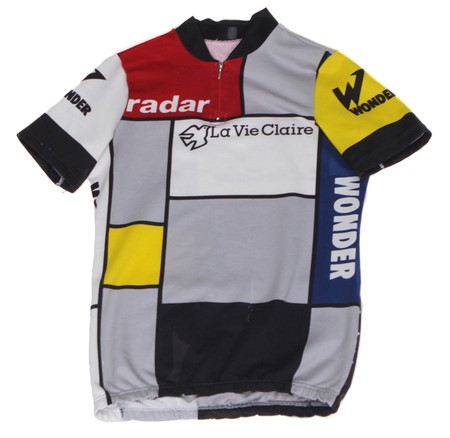 The Molteni-Arcore team is most famously remembered for the era in the early 1970s when Eddy Merckx arrived. The greatest rider of all time gave total credence to the Italian team and so the name is now synonymous with ‘The Cannibal’. Originally, their beautiful jersey was brown and dark blue, but the colours changed slightly to something Merckx referred to as ‘pumpkin’. Today the jersey is remembered an example of Italian restraint and style. 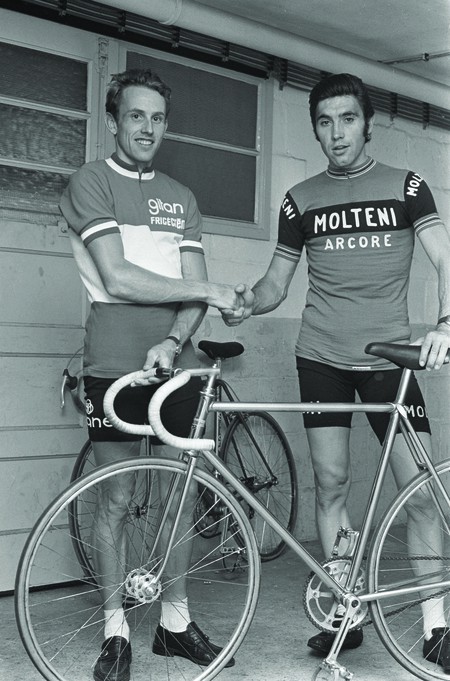 Possibly the oldest unchanged jersey design within the sport. There are black and white pictures from 1903 that show Arthur Vanderstuyft, wearing the horizontally banded jersey when winning the national championship. This particular version is the 1979 jersey that road champion Gery Verlinden wore, with the bands of three colours across the front, sleeves and zipped collar. Koga Miyata were the bikes the team rode and the sponsor, Ijsboerke, was an ice cream manufacturer. 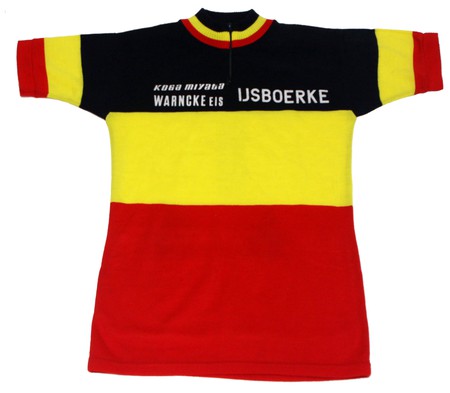 One of the most recognisable cycling team jerseys of all time, if not the most. In the 1960s and ’70s, when plenty of teams were opting for brash, bold colours, Peugeot turned against the tide and opted for black and white. As well as the likes of Merckx and two-time Tour de France winner Bernard Thévenet, the Peugeot team (and along with it, the jersey) became famous for the band of Australian, Irish and British riders it nurtured from its amateur team through to its pro team. 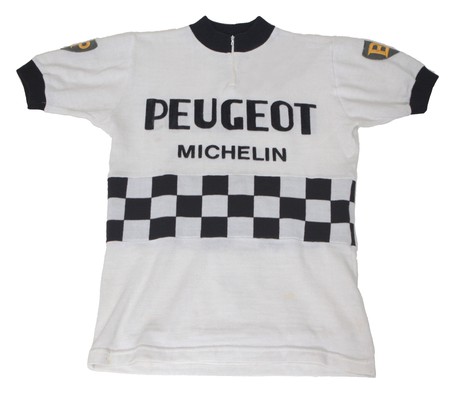 The Italian bike brand’s historic green and red design remained virtually unchanged throughout the team’s history. Some of Italy’s greatest riders wore this jersey, including Alfredo Binda, the first to don this timeless look. The Legnano jersey design is one of the few that spans the transition of wool to wool-mix fibres and finally, to Lycra. And if there were any doubts about Legnano’s epic offering, remember it was good enough for Fausto Coppi. 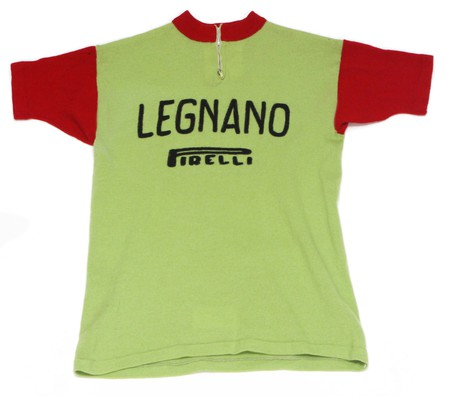 When the 1990s arrived, so did the super teams. Printing technology gave designers more scope for creativity and greater branding opportunities. Super teams came with bigger sponsors, bigger budgets, bigger numbers among their ranks and growing specialisation. Mapei were one of the first super teams, building a crew that would fight for grand tours as much as Cobbled Classics. This jersey was the one that was worn when Johan Museeuw, Gianluca Bortolami and Andrea Tafi completed a historic 1-2-3 at the 1996 Paris-Roubaix. 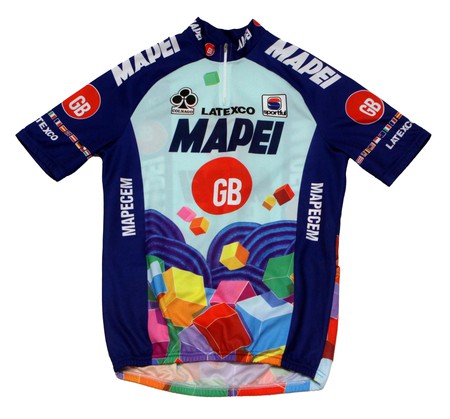