The Most Expensive Date Nights in the World 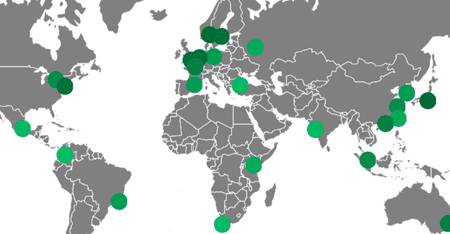 New research has revealed the most expensive cities in the world to date in, and the results are bad news for romantics in one Scandinavian country in particular.

The “average” date has been costed by dating website EliteSingles and defined as including a mid-range dinner for two, a shared bottle of wine, two cinema tickets, and a 5-mile taxi ride home.

Cost of a date in 25 major global cities 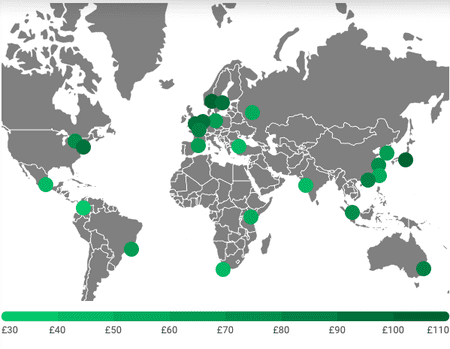 Cost of dating around the world | © EliteSingles

Two cities top the eye-watering £100 mark. Tokyo comes in the second most expensive place in the world, but it’s the notoriously money-draining Norwegian capital, Oslo, that’s number one on the list.

If you’re looking for a cheap night out, then head to Bogotá in Colombia where a night out costs less than £35. Two cinema tickets in Central London alone will set you back more than that. The most cost-effective date in Europe is in Turkey, with Barcelona and Berlin also offering decent value.

Cost of a romantic outing in 10 major UK cities 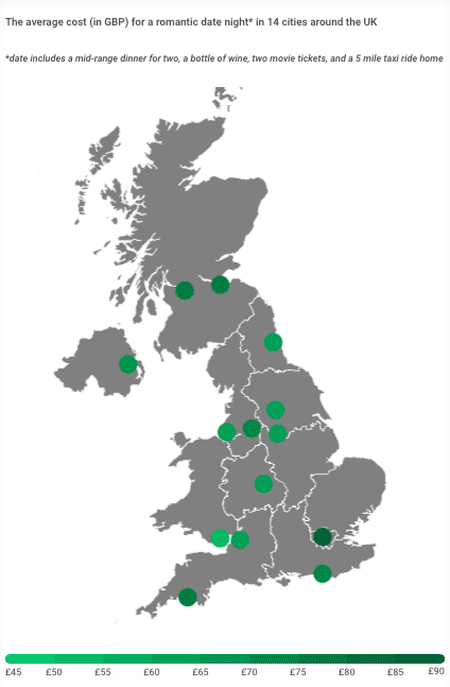 Cost of dating in the UK | © EliteSingles

London is predictably the most expensive place in the UK, but those looking to save a few pennies should head to Wales and treat their date to a night out in Cardiff where a night out for two costs only £42. Bargain.