The Most Beautiful Buildings in Gibraltar 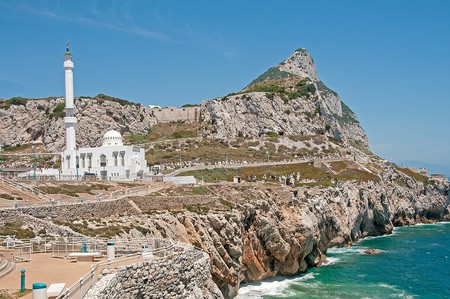 The intriguing British overseas territory of Gibraltar boasts many attractive and ornate buildings. From its 8th century Moorish fort and defensive tower to the mixed, attractive architecture of its old town, here are the most beautiful buildings in Gibraltar.

Mosque
Facebook
Email
Twitter
Pinterest
Copy link
Share
Map View
Gibraltar’s mosque might lack the historical pedigree of Cordoba’s 1,000-year-old Mezquita-Catedral, but it is a fine example of modern Islamic architecture nonetheless. The most southerly mosque in continental Europe, this distinctive whitewashed structure was built between 1995 and 1997 and contains a library and a lecture theatre as well as space for worship. It sits on the southern tip of Gibraltar, just before Europa Point, facing the north coast of Morocco, which lies just 21 kilometres (13 miles) away across the Straits.
Open In Google Maps
Gibraltar, GX11 1AA, Gibraltar
+35020047693
Give us feedback

Originally a convent for Franciscan friars, this somewhat austere building was completed in 1531 and has been the Governor of Gibraltar’s official residence since 1728. Situated on the old town’s central thoroughfare of Main Street, it is reputedly one of the most haunted public buildings in Europe; one of its permanent residents is said to be the Lady in Grey, a Spanish nun who (so the story goes) was walled into the one of the rooms alive by her father as punishment for a marriage he disapproved of. She has since been repeatedly sighted disappearing through a locked door into a disused room. 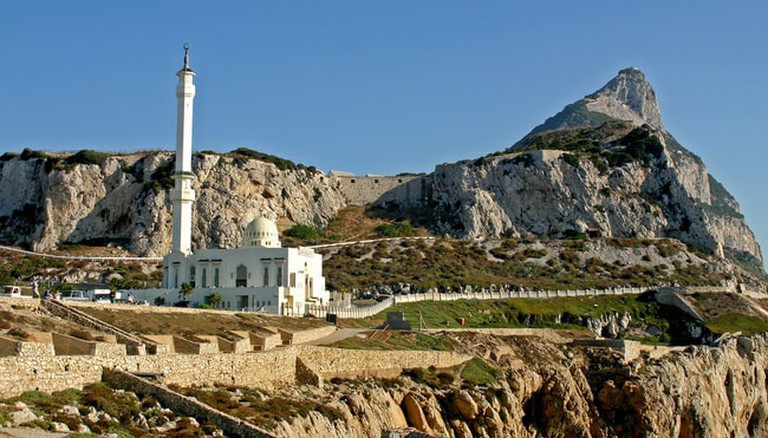 Cathedral of the Holy Trinity

Built between 1825 and 1832, the Church of England’s Cathedral of the Holy Trinity is one of Gibraltar’s most striking buildings. From the outside, it looks more like a mosque than a Christian church, owing to the dominance of Moorish revival architecture, a style that is particularly in evidence in the arched entrances. Though the building came through World War II unscathed, it was substantially damaged when the RFA Bedenham battleship exploded while docked in Gibraltar in 1951. The cathedral required a new roof and stained-glass windows before it was fit for use again.

Buildings in the Old Town

One of the pleasures of walking around Gibraltar’s old town, situated in the territory’s northeast corner – looking out to the Spanish town of Algeciras over the bay – is the mixture and attractiveness of its architecture. Grand old townhouses in an Andalusian style often sit next to dwellings that wouldn’t look out of place in an English village, while both are in contrast to the Moorish-influenced archways and courtyards that are scattered throughout the neighbourhood. By wandering around this charming area and getting lost in its backstreets, you’ll almost certainly stumble on some architectural gem. 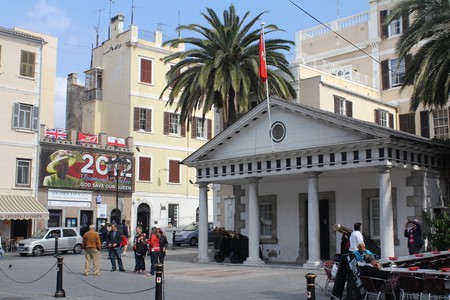 The Tower of Homage

The most recognisable feature of Gibraltar’s 8th-century Moorish fort is its defensive tower, known as the Tower of Homage. The highest tower dating from Spain’s 800 years under Muslim rule, it was of crucial importance to the Moorish conquest of southern Spain in 711. Gibraltar had two periods under Arabic rule: from 711 to 1309 and from 1350 to 1462, with a period of Spanish occupation in between. The tower required extensive rebuilding in the country’s second Moorish epoch, as it was almost razed to the ground during the Arabs’ recapure of the territory in the mid-14th century.

Along with the Tower of Homage, the other prominent surviving aspect of Gibraltar’s Moorish castle is its forbidding Gatehouse, originally one of the principal entrances to the fort complex. Like the fort itself, the outer walls of this defensive structure still bear the scars of ancient attacks, so many of which failed because of its impregnability. Only part of the fort is open to the public (the section which was used as a prison up until 2000 remains closed) but from its turrets you can enjoy some stunning views of Spain to the north and Africa to the south. 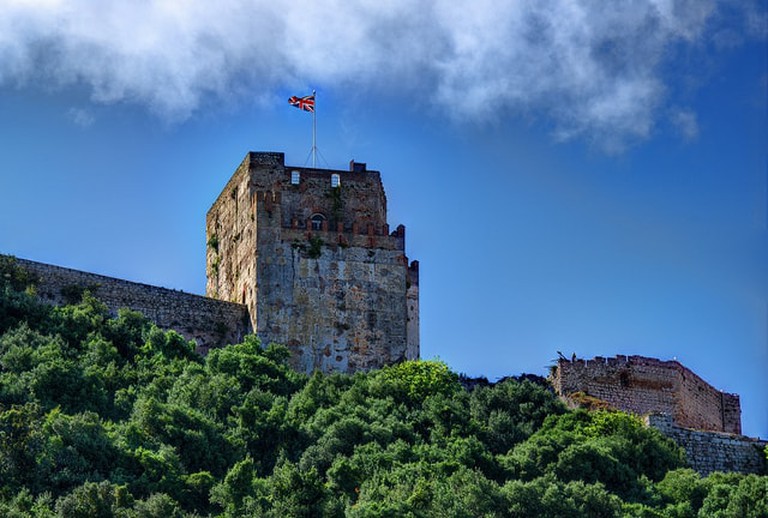 Cathedral of St Mary The Crowned 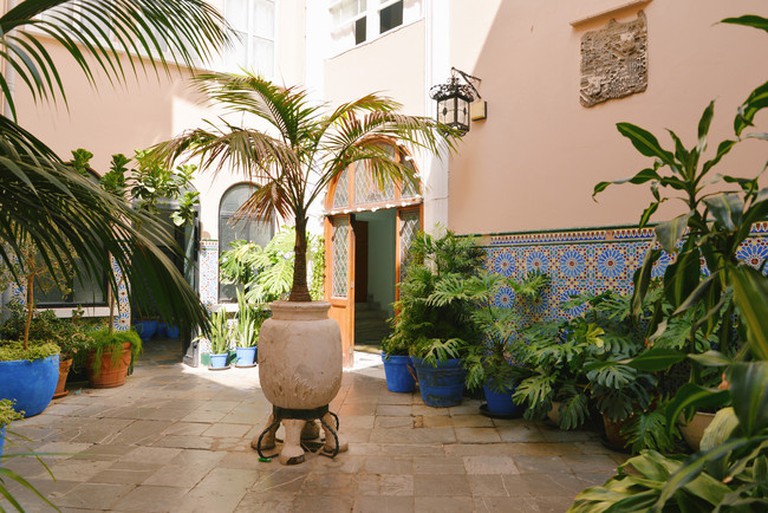 Moorish-style courtyard in the Holy Trinity cathedral | © Scott Wylie / Flickr
Gibraltar’s elegant Roman Catholic cathedral was consecrated in 1462 by the dual Monarchs Ferdinand and Isabella. It was built on the site of what had been a mosque when the territory was under Arabic rule – a way of stamping Christian identity on previously Moorish lands that took place all over Andalusia during the Reconquest. For the same reason, Ferdinand and Isabella placed their coat of arms in the cathedral’s pretty little courtyard, which was previously the mosque’s central patio. The stately western facade was added during renovation works in 1931.
Open In Google Maps
233 Main Street, Gibraltar, GX11 1AA, Gibraltar
+35020076688
Visit Website
Give us feedback
Give us feedback