The Mad Woman’s Room: The Tale That Inspired Jane Eyre 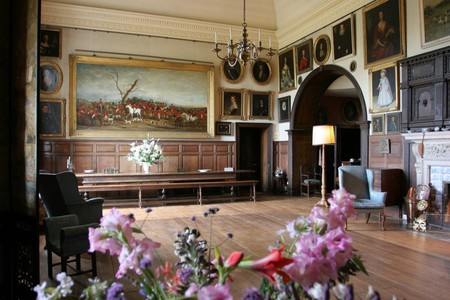 Charlotte Brontë’s Jane Eyre is well known for the shocking discovery of Mr Rochester’s scandalous hidden wife, a deranged woman locked away in an attic. But astonishingly, this may not have all been fiction. Norton Conyers, the stately manor that Thornfield Hall is based on, was filled with rumours of a mad woman who lived in the attic — which is where Brontë found her inspiration.

Norton Conyers has finally been unveiled to the public after its 30 year restoration to ensure the house was returned to its former glory. The manor, owned by Sir James and Lady Graham, is making its beautiful return just in time for the bicentenary of Charlotte Brontë’s birth in April 1816. It is described by Brontë in the novel as ‘three storeys high, of proportions not vast, though considerable: a gentleman’s manor-house, not a nobleman’s seat.’ Norton Conyers has been owned by the Grahams since 1624, years before Brontë was born, and has been proudly restored and taken care of by their current owners. The house was previously known as the coldest historic house in Yorkshire, but it has grown out of this title with the extension of the central heating pipes into previously unheated rooms. The renovation even saw the library of the manor restored with furnishings that imitate Mr Rochester’s study, which was used by Jane Eyre as a classroom for his ward, Adele Varens. 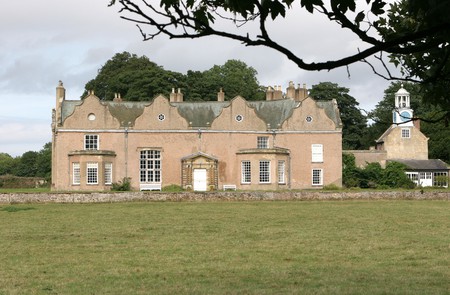 But how did Brontë craft Jane Eyre’s Thornfield based on Norton Conyers? Well, in 1839 it is said that Brontë visited the medieval manor, marvelling at the ‘stately and elegant, gloomy and haunting’ house (the novel’s description). Her visit left her feeling inspired when she was told of the tale of a mad woman who resided in the attic. Sound familiar? Brontë grabbed hold of this tale and spun her own story from the legend, crafting the deranged Bertha Mason. Described by the protagonist in the novel as ‘a woman, tall and large, with thick and dark hair…It was a discoloured face — it was a savage face’, Brontë used her vivid imagination to craft the supposed real-life mad woman who resided in the attic and created an animalistic, ‘savage’ being. 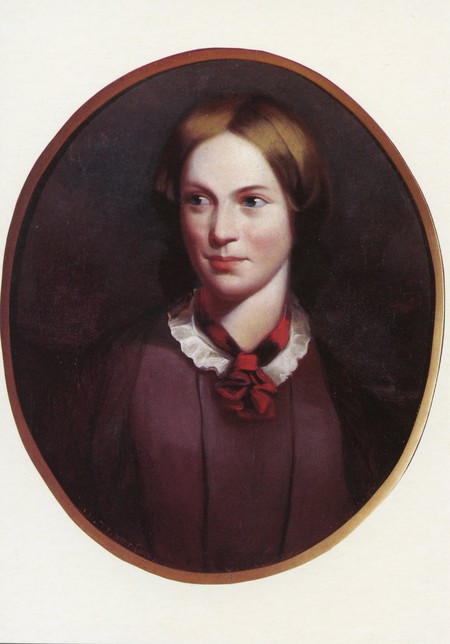 This woman was confined to the attic, whose entrance was behind a hidden door with a creaky staircase that led up to The Mad Woman’s Room, as it had been named. The room itself and the stairway remains are now visible to guests at the house. Jane Eyre fans that visit are permitted to venture through the mysterious, hidden door and explore the stairway that leads up to the attic. The door was built into the 19th century panelling and so the age of the stairs themselves means that sadly they are no longer secure enough to be climbed by visitors.

Within the novel, however, the staircase and hidden doorway was used by Mr Rochester as a short cut to his attics, and as a quick escape from Bertha. Jane discovers the room after her failed engagement, where Mr Rochester shows her his deranged, secret wife. ‘He lifted the hangings from the wall, uncovered the second door…In a room without a window, there burnt a fire guarded by a high and strong fender, and a lamp suspended from the ceiling by a chain.’ Although the room at Norton Conyers has a window, the ghastly and solitary appearance of the attic is apparent. Readers of Jane Eyre can almost imagine Bertha prowling around in the room; ‘a figure ran backwards and forwards. What it was, whether beast or human being, no one could tell.’ Brontë’s description of Bertha residing in the attics befits Norton Conyers grey and dismal room, kept sparse and spine-chilling to match not only the story in the novel, but the tale of the Mad Woman. 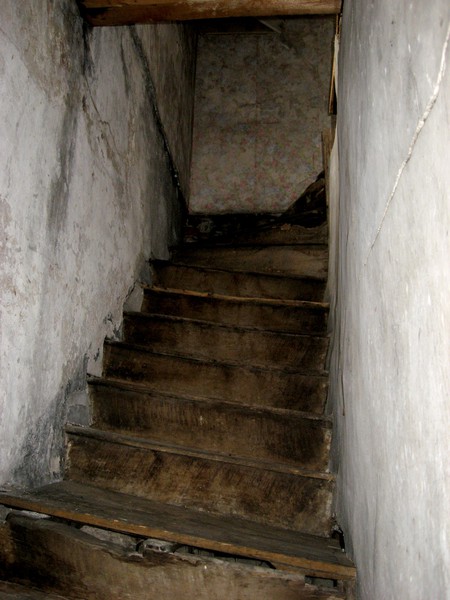 For those unfamiliar with Jane Eyre and the period it was set in, the 19th century saw people who were suffering with mental illnesses treated unfairly. Mrs Rochester, or indeed the supposed real-life Mad Woman, lived in an era where mental illnesses were not recognised as conditions, but simply saw those afflicted as ‘idiots’ to be locked away. Although family members often chose to take care of their ill loved ones, they were often hidden away, shut in a room to protect not only themselves, but the other family members residing in the house and their reputation. Some suffering with mild illnesses were included in society, but at the humour of others, seen as ‘village idiots.’

An option, that Mr Rochester avoids, was to confine extremely mentally ill people such as Bertha to an insane asylum. This was, sadly, a cruel option as the institutes were more of a prison rather than a safe medical centre. Patients were made to sleep on straw mattresses, either on iron beds or on the floor, locked away in their cells at night. They were kept locked up with chains or straitjackets if they were deemed too dangerous, force-fed when they would not eat and washed with vigour if they were incapable. The inhumane conditions led to many families pulling their relatives out of the institutes, preferring they suffered in the safety of their home, rather than in a ‘prison’. 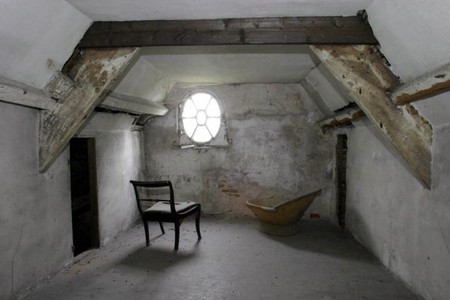 We can therefore sympathise more-so with Mr Rochester’s treatment of Bertha, permitting her a personal matron and place to live, rather than ill-treated in a prison-like hospital, surrounded by strangers. This may also have been the case for the supposed Mad Woman; perhaps the Grahams, or whoever resided, wanted her to stay in their attic rather than an asylum, protecting her from harm.

The eerie tale of the Mad Woman and the remaining hidden door and ‘Jane Eyre Staircase’, as Sir James refers to it, brings Brontë’s novel to life. With visits to the manor spread out across 30 days throughout the year, the house is overflowing with Jane Eyre and Brontë fans greeted personally by Sir James and Lady Graham during these periods. Witnessing fiction come to life is a rarity, especially one that has been so well preserved; something we’re sure Brontë would have felt extremely honoured by.