The Life and Works of Sir Arthur Conan Doyle

Sir Arthur Conan Doyle, the father of the great Sherlock Holmes, was born is Edinburgh, Scotland in 1856; the third of 10 children to a rich Irish-Catholic family. Even though his family was well-reputed within the small Irish community there, his father was an alcoholic, which made for a turbulent family life. Here, we take a look at how the writer developed and the experiences that gave rise to his finest and most famous works. 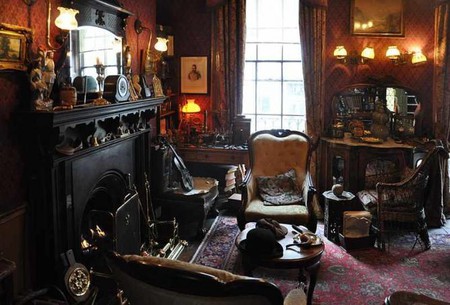 While his father remained unpredictable in his alcoholism, Conan Doyle’s mother, on the other hand, used to narrate imaginary stories to her sons and daughters. Those stories deeply influenced the soul of young Arthur, and as he later admitted, they even worked to smooth over his memories of a troubled childhood.

Doyle rejected his parents’ religion from a very young age; attracted not to the Catholic doctrines but to Spiritualism and – tellingly – becoming close friends with Harry Houdini along the way. This lead him to a belief in various metaphysical creatures, like fairies and imps, and he gradually became an apologist for fantastical convictions, even writing philippics on the subject intended for publication.

The question of Doyle’s politics is a little more contradictory than his religious convictions, and blurred – even despite the faeries and fantastical creatures! He seems to have simultaneously supported the British Empire’s imperialist agenda and believed in the ideals of social justice, even making public statements in favor of the anarchists Sacco and Vinzetti, whom he believed to have been unfairly accused.

While studying medicine at the University of Edinburgh, Doyle was also an obsessive writer, starting to create his own imaginary worlds and characters. His first detective story, Study in Scarlet, was published in 1887, introducing the character of the genius detective Sherlock Holmes and his loyal assistant John Watson for the first time. This book attracted limited attention and its author received only £25 for its publication. It was just the first of the 60 stories Conan Doyle wrote in the saga that was to become Sherlock Holmes: A Scandal in Bohemia, The Sign of Four, The Hounds of Baskerville – some of the writer’s most famous pieces – were still to follow.

In 1893, Doyle attempted to kill off Sherlock the detective in order to focus on his professed spiritualism and other interests. After incredible pressure from his readers however, he was forced to reintroduce Sherlock as a ghost in 1901 and publish a number of new stories, a period which lasted until 1928, when The Casebook of Sherlock Holmes, the last twelve short stories about his famous genius protagonist, was released. 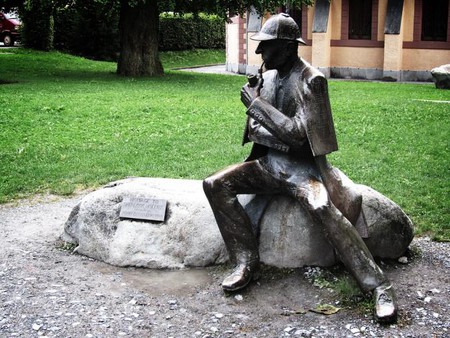 The unique and unconventional character of Sherlock Holmes, formed by Doyle’s memories and friendships, fascinated millions of readers with his extraordinary ability to solve any crime using the skills of observation and deduction. Sherlock was not a “machine man”, though, he was rather a complex individual suffering from depression and mania and used various drugs from time to time – a picture of instability anchored by profound rationalism.

Even though he is mostly known for his detective stories, Doyle was also a successful poet and a famous doctor. He took medicine classes at the University of Edinburgh and went to study ophthalmology in the Austrian capital of Vienna.

A lot of authors were inspired by the character of Sherlock and kept on writing stories about him even years after Doyle had died at the age of 71. Sherlock has also influenced important creators of our age. One of the most successful and intriguing TV characters of all times, Gregory House, is apparently based on Sherlock Holmes, while his best friend, Doctor Wilson, is based on Doctor Watson. Doctor House, a genius drug addict, uses bizarre reasoning methods to solve the most difficult medical puzzles in the world; echoes of the Baskervilles and Sherlock abound! 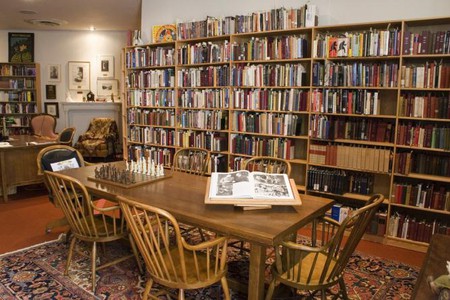