The Lake District As An Inspiration For Artists 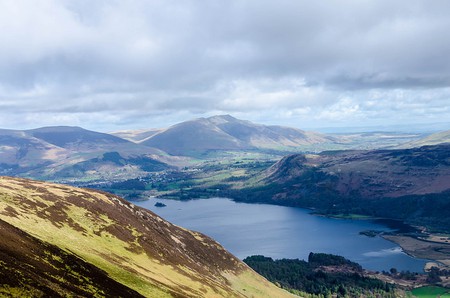 To understand how the Lakes developed into an artistic cultural destination, we need to take a little trip back in time. This world-renowned British landscape has inspired artists over the generations, and their art can tell us why. 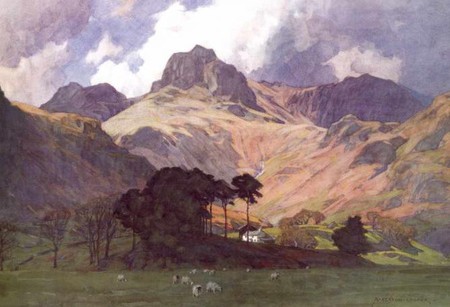 Mountain landscapes prior to the late 17th century were, to many people, foreboding and frequently despised. This began to change with the advent of The Grand Tour, a movement that began in the mid-17th century and ended in the mid-19th century. The tour was considered the best way to complete a gentleman’s education: during their travels, young members of high society were inevitably exposed to the Alpine mountain regions. Many, rather than finding them terrifying, soon began to appreciate their beauty and grandeur, and many started to romanticise them in written word and art. 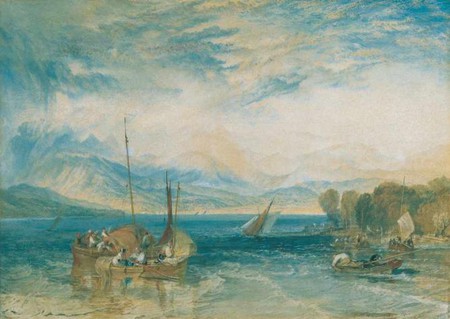 This new understanding quickly filtered through the English way of thinking. Things really started to take off when, in 1769, Thomas Gray made a tour of the English Lakes, and recorded his travels in a journal, now widely accepted as the first example of modern travel writing. Gray in turn was greatly admired by an aspiring landscape painter, Joseph Farington RA, who in 1777 followed in Gray’s footsteps and painted what he saw in the places Gray had described in his guide.

The rest, as you might say, is history. Gray and Farington were soon followed to the Lakes by notables including John Varley and John Constable. Indeed, in 1816 none other than J.M.W. Turner painted the inspiring view from St Mary’s Churchyard, in Kirkby Lonsdale. It was later described by John Ruskin as, “a place more naturally divine, or a more priceless possession of true ‘Holy Land’.” To this day it is known as ‘Ruskin’s View’. 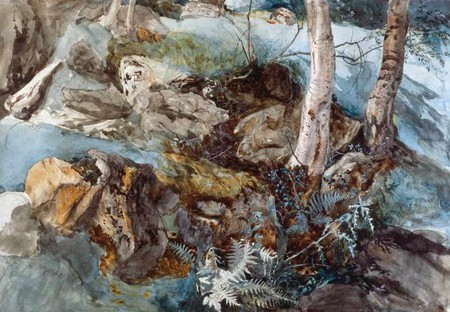 The steady flow of artists to the county continues to this day, with a huge range influenced by the stunning landscapes of the area. Many of their works can be found in galleries across the county, including Abbot Hall, Tullie House, Castlegate House Gallery, Dove Cottage and The Wordsworth Museum, Heaton Cooper Studio, The Armitt Museum and Brantwood.

Modernists such as L.S. Lowry painted seascapes along the western Lake District coast, as well as industrial landscapes depicting places like Cleator Moor, Workington and Maryport. Another great landscape artist who painted industrial scenes was Cumbrian artist Percy Kelly, himself a native of the western Lake District. Kelly was celebrated by many during his life, including Sir Winston Churchill, Sir Nicholas Sekers, and Princess Margaret; but despite this he steadfastly refused to step into the limelight. Kelly’s work until after his death remained largely hidden, but is once more receiving the acclaim it deserves – the work is linear, graphic and simple. Andrew Lambirth writing for The Spectator described Kelly as a “troubled genius,” and Blake Morrison writing for The Guardian compared him with Lowry and Rousseau. When you visit, you can follow a series of trails to discover where it all started. 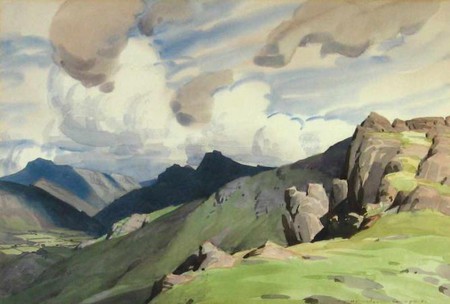 Then, there is the famous Heaton Cooper artistic dynasty – Alfred, William and Julian (grandfather, father and son, respectively). Alfred was a successful Victorian landscape artist, known especially for his landscapes of the Lake District. William was an Impressionistic landscape artist; he also painted the Lake District, but preferred watercolours. He was acclaimed as an excellent landscape artist in the 20th century. Finally, there is Julian Cooper, an adventurous and innovative painter of mountain forms and textures across the globe, including his beloved Lakes.

Not forgetting Cumbrian-born artist Sheila Fell, who never painted romantic pictures of nature, or pretty chocolate box pictures of sunny days among the lakes and fells of her native countryside; but instead produced powerful, melancholy oil paintings of living landscape, presided over by huge brooding mountains and dark looming clouds. Colour was always less important than tone for her: she painted the hills and the seas of the area she loved so well, she painted the earth and those who worked it, depicting rich brown soils, piles of potatoes, small groups of driven cattle, indistinguishable farm buildings and terraced houses. Some of her work can be seen in Tullie House, and the Abbot Hall. 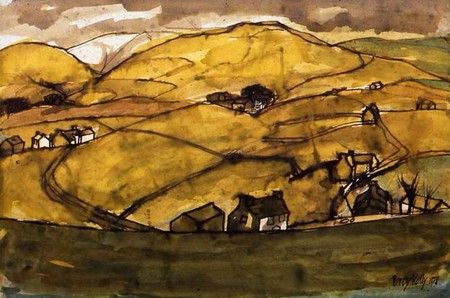 One artist you wouldn’t normally associate with landscape forms was Kurt Schwitters, a key figure in the Dada, Constructivist and Pop Art movements. Schwitters relocated to the Lakes in 1945 with his English partner Edith Thomas. He first settled in Ambleside, later establishing his Merz Barn studio in Elterwater. He remained in the Lake District until his death. Largely unknown and unrecognised, he struggled to earn a living by painting portraits and local landscapes, some of which can be found at the Armitt Museum, in Ambleside. His work continues to influence artists to this day, including the 2013 Turner Prize Winner, Laure Prouvost, with her installation piece Wantee.

More recently, you have Lakes-born Turner Prize-winning artist Keith Tyson, who created his acclaimed ‘The Nature Paintings’ as a direct result of his upbringing in the Lake District. Tullie House has acquired one of these sublime works, which make reference to the history of landscape painting in the region. It showcases a mixture of paints, pigments and chemicals, which are poured and left to interact on acid-primed aluminium panels. The combined processes of gravity, chemical reaction, temperature, hydrophobia and evaporation simultaneously conspired to create surfaces reminiscent of a wide range of natural forms and landscapes; depicting nature, but created by nature as well. 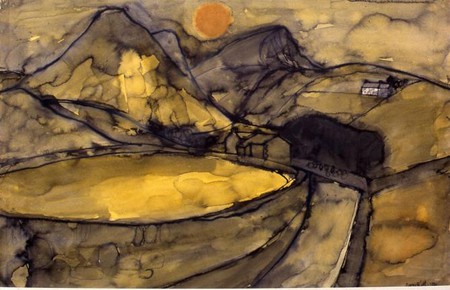 To find out more about art and culture in the Lake District, Cumbria, visit the Lakes Culture site.