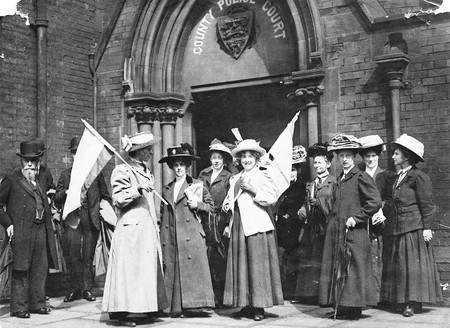 British suffragettes demonstrating for the right to vote in 1911 | © WikiCommons

Preceding the 19th century, women didn’t exactly have the right to do common, everyday things that they are freely allowed to do today – such as voting in an election. But did you know that the Isle of Man was the first country to give women the vote? Read on to discover the fascinating story which led to a British island with a population of c. 80,000 leading the way for women’s voting rights all over the world.

Women’s suffrage – also known as women’s right to vote or female suffrage – is the right for women to vote in elections. The first signs of suffrage movement can be traced back to the French Revolution, c. 1780-1790, but it wasn’t until the late 19th and early 20th century that many International suffragist groups would see the light of day. It’s safe to say that those suffragettes who fought for women’s equal rights in the run up to the First World War changed the face of gender equality as we know it.

Before women could vote

In early history, women were denied basic citizen rights enjoyed by their male counterparts. All women were expected to focus on housework and raising children, rather than getting involved with typically ‘male’ subjects, including politics. There were numerous theories as to why it was considered that women couldn’t vote: they were seen as too weak to cope with politics, it was thought they would be dragged away from domestic duties, and that women would also become competitive rather than co-operative. Rather backwards in the current light of day, we’re sure you’ll agree. 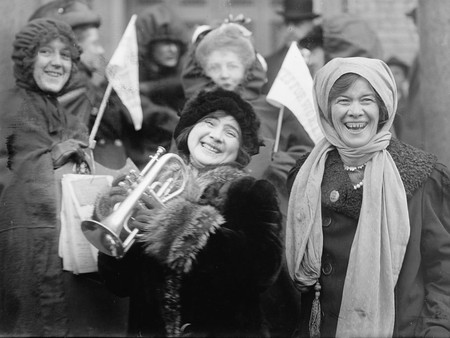 Even though women were not able to vote at all, not all males could vote either. Only wealthy males over the age of 21 who owned property or paid a high rent were able to vote, with the wealthiest men often able to vote in more than one constituency too.

With the aforementioned women’s suffrage starting to make tracks by the late 19th century, a small British Isle led the way for millions of women worldwide. In 1881, Tynwald, the parliament of the Isle of Man became the first national parliament to give women the chance to vote in a national election! However, similar rules still applied: all males, spinsters and women over the age of 21 needed to be fairly wealthy (i.e. own or occupy their own property to the value of £4 or more) to cast their vote.

This groundbreaking move later saw New Zealand (1893) and Finland (1906) as the first countries to grant full universal suffrage, giving every woman the right to vote, not just those who owned property. Many other countries would follow suit. 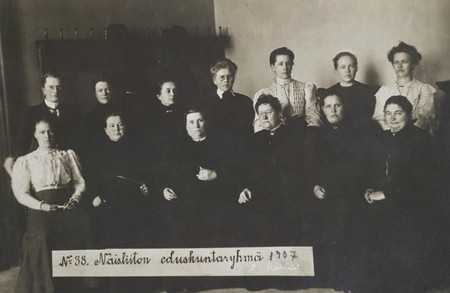 The first elected female MPs in the world – Finland, 1907

The Representation of People Act, 1918

Further rallying by the suffragettes saw a new law pass in Great Britain and Ireland. The Representation of People Act allowed millions of working class women to vote for the first time alongside all men, not just the wealthy. Known as the Fourth Treaty, the act extended the franchise by 5.6 million men and 8.4 million women. By 1928, the United Kingdom had achieved universal suffrage, granting all its adult citizens the right to vote, regardless of wealth.

On the hundredth anniversary of the Representation of People Act, it’s important to remember the actions of a tiny island in the Irish Sea. This British Isle may only have a population of 80,000 but its actions will never be forgotten in the fight for women’s suffrage.