The Household That Fed the Nation During Britain's Lockdown 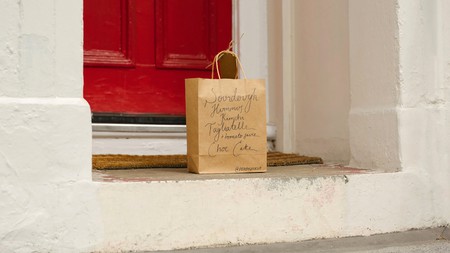 During lockdown in the United Kingdom, one chef and his housemates put their time to good use for a good cause. Culture Trip learns more.

George Williams was just a few weeks into his new job at a London Michelin-star restaurant when Covid-19 struck. It was his first job in the industry after leaving marketing to train at Ireland’s Ballymaloe Cookery School. “I started thinking, what is the one thing I love to do, and can I do it every day?” he says of his decision that arrived at a “quarter-life crisis”.

Furlough followed, and while confined to his four walls in Bow, East London during the “almost apocalyptic two-week period” at the start of lockdown, George and his housemates – girlfriend Olivia Le Andersen and friend Joel Price – devised a plan to best fill their time. 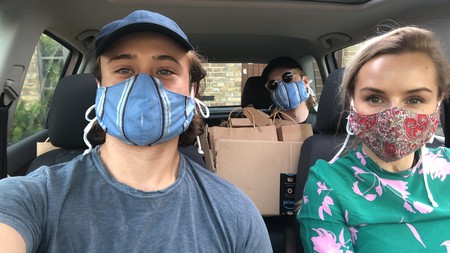 George and his housemates, Olivia Le Andersen and Joel Price, have sent out more than 400 food parcels to those in need during lockdown | | Courtesy of George Williams

Their idea was to cook and deliver food parcels, free of charge, to those who most needed it. “I had a desire to keep on sharing food as I’ve always been aware of how important connection over food is,” George explains. “It’s different to going on a walk with someone; I think there’s something much more special about it.”

These parcels would contain a slice of sourdough, hummus, fresh home-made pasta with a vegetarian-friendly sauce, and chocolate cake or lemon tart, all cooked and baked in their own kitchen. “I designed them to be an indulgence,” George adds. 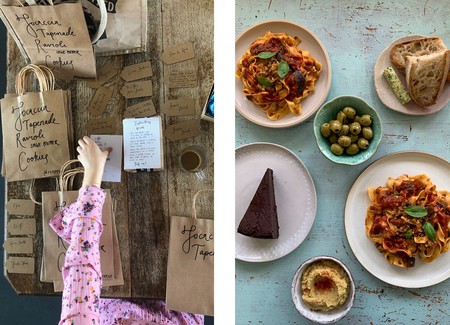 The parcels contained a slice of sourdough, hummus, fresh home-made pasta with a vegetarian-friendly sauce and chocolate cake or lemon tart | | Courtesy of George Williams

The concept was well received. “We found very quickly that people responded positively and that it was having an impact,” George explains. “It really spurred us on.” But in no time, their Instagram messages were “overwhelmingly full”, and the project needed rethinking. A gifting option that allowed parcels to be bought for £22.50 with £2.50 going to Hospitality Action – a charity that supports people in the service industry – stepped forward as a sustainable solution. Meanwhile, they would be free of charge for front-line workers or people in desperate need. 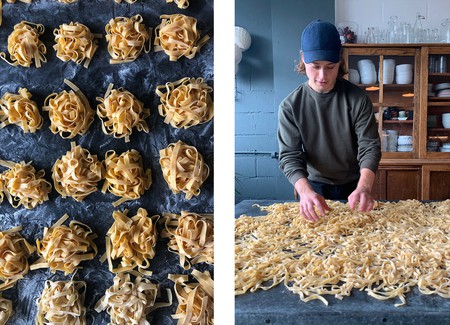 For George, one of the most fulfilling moments of the journey was no mean feat. “I got a message asking if I could deliver 50 packages to Charing Cross Hospital,” he says. “We launched a crowdfunder to facilitate it, and every person that donated a package had their name on it, handwritten by Olivia.” These doctors, George remembers, were beaming despite carrying “the weight of the pandemic’” on their faces. 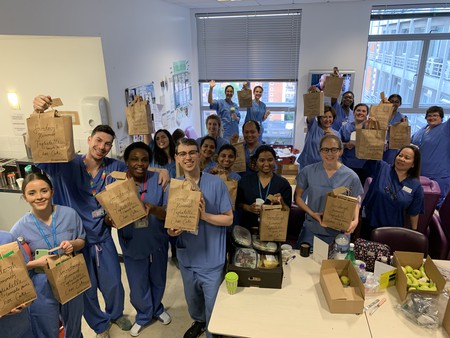 Now, George, “chief taster” Olivia and newly “fully qualified sous chef” Joel are questioning whether this venture could work in a post-lockdown world. Their vision includes a studio for hosting supper clubs, which would centre around what “what I would eat at home,” George explains. “Once you start getting into other things about what people are expecting it becomes a bit more difficult.” 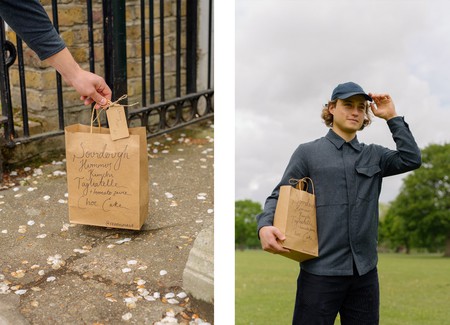 Elsewhere, an expansion of their delivery service might be on the cards – think occasions such as brunch, date nights and curry night iterations. But with restaurants back in business, deliveries are on pause as George picks up where he left off in another London kitchen.