The History of Glastonbury Festival 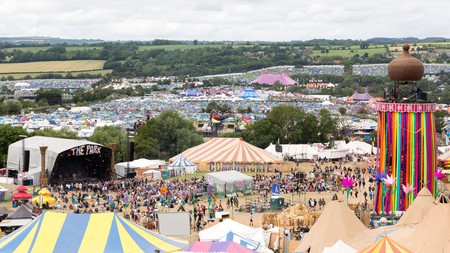 The legendary Glastonbury Festival has been bringing millions of music fans and performers to the Somerset countryside ever since 1970. Priding itself on its hippie and counterculture ethos, Glastonbury is the place to be during festival season.

Pilton Pop, Folk & Blues Festival and the origins of Glastonbury

Every music fan will be familiar with Glastonbury Festival, but did you know that it was originally called the Pilton Pop, Folk & Blues Festival? Back in 1970, organiser Michael Eavis decided to host an al fresco concert himself after seeing Led Zeppelin headlining at an open-air festival. Inspired by this outdoor concert, the Pilton Pop, Folk & Blues Festival was held at Worthy Farm on 19 September 1970, with an audience of 1,500 people. The Kinks were scheduled to headline, but later pulled out, and so the headline act was Tyrannosaurus Rex, later known as T. Rex. The price for a ticket was only £1; entry to the sought-after event today costs around £250 for the whole weekend.

In 1971 the show became the Glastonbury Free Festival. That’s right, free. The event was paid for by sponsors, meaning that keen festivalgoers were treated to acts such as the late, great David Bowie without having to pay a penny. It was also the first year that the Pyramid Stage appeared. Designed to replicate the Great Pyramid of Giza, the stage was one-tenth the size of the original and was built using scaffolding and metal sheeting.

The festival was held sporadically from 1970 to 1981, and since then Glastonbury has been held every year, although every five years it takes a break, known as a ‘fallow year’, which allows the land, the locals and the dedicated organisers to rest before getting back into the festival mayhem. 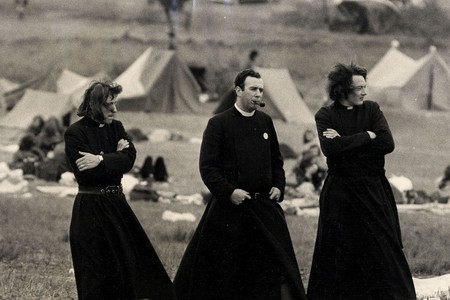 Glastonbury is the largest greenfield music festival in the world, and its numerous stages showcase artists from many different genres. The Pyramid Stage is still one of the most famous, and has had three different designs over the years: the original 1971 stage, a second version in 1981 and a third in 2000, the latest measuring an impressive 30 metres (98 feet) tall and created out of four kilometres (two and a half miles) of steel pipes.

The second main stage is named the Other Stage (previously the NME Stage). This was where dance music was introduced to the festival in 1994, when Orbital performed to great acclaim. What was previously a niche genre was suddenly taking over one of the main stages at Glastonbury, throwing dance music into the spotlight. As well as the two main stages, areas and performance spaces on offer today range from the Green Fields, where visitors can appreciate nature and its beauty; the Unfairground, providing sideshows and rides for festivalgoers; and the Kidzfield, where families can relax and have fun with rides and activities. 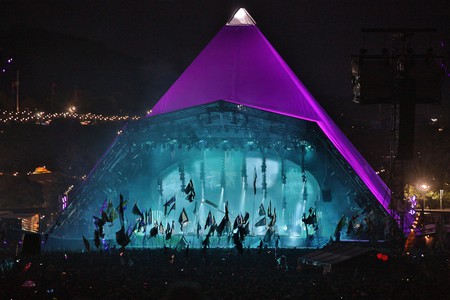 Some of the greatest Glastonbury acts

It would be impossible to summarise Glastonbury’s greatest or even worst acts – the festival has played host to hundreds of the biggest names in music, from T. Rex in 1970 and David Bowie in 1971, right through to Stormzy, Katy Perry and Radiohead in 2017. Other highlights over the years have included performances by everyone from REM to Coldplay, Shirley Bassey to The Who and Oasis to Adele. 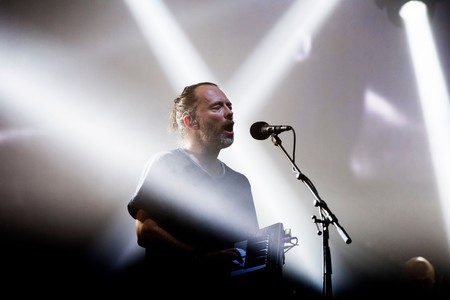 While the early festivals were free, prices have steadily risen over the years. The number of festivalgoers has also rocketed, from 1,500 to 175,000. In 1983, efforts were made to limit the crowd numbers, which had grown to over 100,000 in the previous years. It wasn’t uncommon to find fence jumpers and gatecrashers in the earlier years, often swelling the numbers to twice as many visitors as were legally allowed.

The gatecrashing issue wasn’t fixed until 2000, when so many people crashed the festival that the local council refused to give Glastonbury another licence until the problem had been sorted. Glastonbury began working with music promoter Mean Fiddler in 2002 to handle security and installed the ‘super-fence’ that reduced numbers dramatically. The introduction of the new, impenetrable fence meant that when 150,000 tickets went on sale in 2003 they sold out within 24 hours – a stark contrast to 2002’s 140,000 tickets, which took two months to sell. The inability to scale or break down the fence meant that fans were desperate to buy tickets, as this was now the only way in. In 2007 tickets with a passport photo became compulsory, in an attempt to stop touts reselling them. 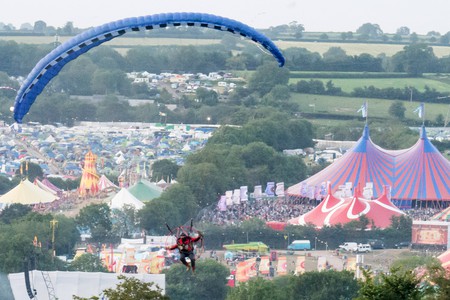 Glastonbury is known for its dramatic weather, and it’s almost become a tradition for it to rain at least once during the festival. In 1985 the dairy farm saw one of its worst flooding incidents so far – the ground became so sodden that mud and cow dung streamed down into the lower areas of the fields, flooding them with sludge. This didn’t put off the music fans, who continued to dance through the bog. In 2005 the field was drenched with several feet of rainwater, with thunderstorms blowing through the site and lightning hitting tents and bars. In 2007 flood defences were installed, costing £780,000, but they didn’t stop the rain from flooding the grounds, and guests had nowhere to go where they could stay dry. Leaving the site on the last day proved impossible, as the roads had turned to sludge, and it took many visitors over nine hours just to get out. 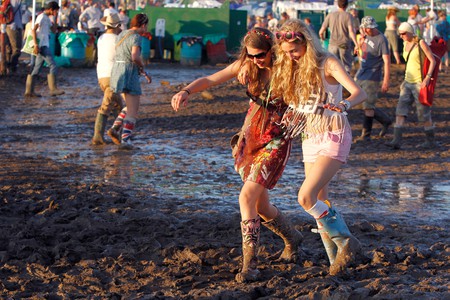 Charities and the environment

The festival prides itself on its work with charities and those in need. It began in 1981 when Glastonbury worked with the Campaign for Nuclear Disarmament, which netted the charity £20,000. Over the years, charities have provided a number of volunteers to help with the shows. The main charities to receive donations have been Oxfam, Greenpeace and WaterAid, in line with Glastonbury’s strong environmental beliefs. In 2007, the festival launched the Love the Farm, Leave No Trace initiative to encourage visitors to clean up after themselves and take care of the fields. Eavis started the campaign as a result of hundreds of tents being left behind and one of his cows dying after eating a metal tent peg that was hidden in the ground. As well as spreading the environmental message, the movement hands out biodegradable tent pegs for free to campers. Glastonbury also uses waste vegetable oil in its bio-tractors. 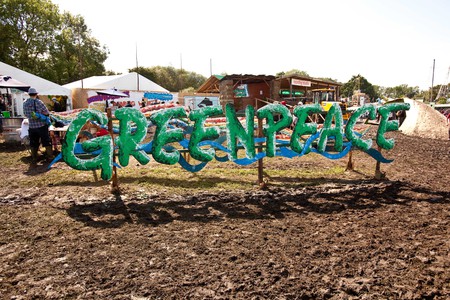 The festival works with a number of charities, including Greenpeace | © Edd Westmacott / Alamy Stock Photo

This year’s Glastonbury Festival will run from 26 June until 30 June.