The History of Batman Movies Part 4: Which Batman Comics Most Influenced the Films? 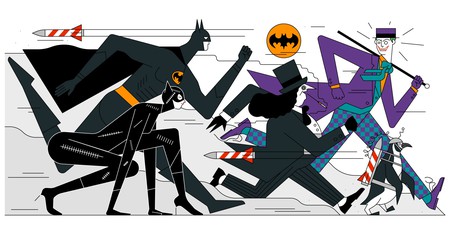 Through all the many Batman movies, screenwriters and producers have toyed with the character’s comic book origins. Some plot lines have been taken directly from the comics, whereas others have been combined for a more organic onscreen development. Here are the most influential elements from the source material.

Which Batman comics most influenced the films?

Most of the Batman film directors, certainly from 1988 onwards, have taken their inspiration from the comics rather than the 1960s TV series. Prior to the Tim Burton films, things weren’t looking too good for Batman on screen, with various failed attempts mooted, but none getting out of production.

The limited series comic book Batman: Strange Apparitions (1999) initially served as a guide to the original script for Batman (1989) when it was being touted around various studios before Warner Bros. picked it up. Burton openly admitted he had little knowledge of the comics himself; however, he has said that he found inspiration in two of the most seminal works of recent years. 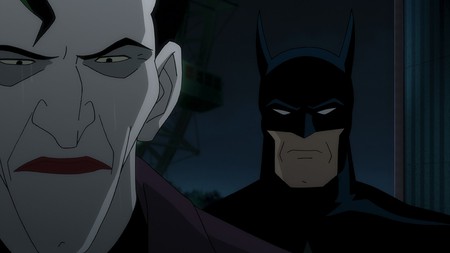 Both The Killing Joke (1988) and The Dark Knight Returns (1986) have been repeatedly referenced as source material for various movies that have followed. One could argue that the darker tone has had a far greater influence beyond DC and even seeped into the superhero genre as a whole.

Batman: Year One (1987) was Frank Miller’s take on the Batman origin story, and has also been one that writers and directors have returned to several times over. Batman Begins (2005) certainly borrows various elements, not least the rise of Commissioner James Gordon (Gary Oldman in the Christopher Nolan movies).

Knightfall (1993) introduced a new supervillain in the form of Bane. We also saw the Batman quite literally ‘broken’ and enter retirement. This served as a major guide to The Dark Knight Rises (2012), while the Harvey Dent/Two-Face arc as seen in Nolan’s second film was lifted from The Long Halloween (1997), a comic that proved to be one of the biggest influences on The Dark Knight Trilogy (2005–2012) starring Christian Bale. 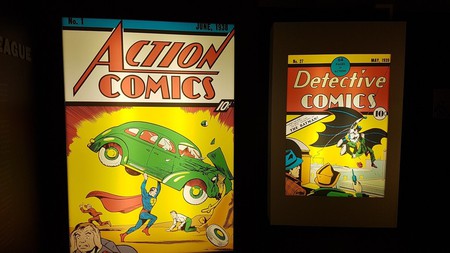 'Batman', 'Superman', 'Justice League' and all related characters and elements are trademarks of and | Courtesy of Cassam Looch

Of course, the comic that has been most influential in the history of Batman in film is obviously the first one featuring the lead character himself and today, Detective Comics #27 (1939) is one of the most valuable comics in existence. 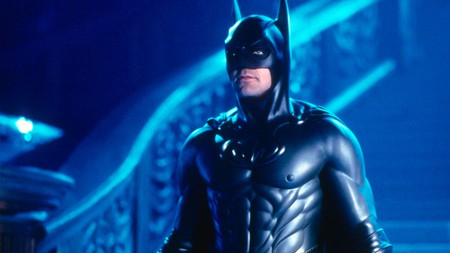 Is Bruce Wayne the only Batman?

Not even close. Even though Batman has only been seen in the movies as the Bruce Wayne iteration, the comics are littered with different men, and women, in the role.

There’s also an argument to be made that Joseph Gordon-Levitt, who portrayed John Blake in The Dark Knight Rises, is actually handed the responsibilities of Batman at the end of the movie. Christian Bale’s Bruce Wayne leaves Gotham for good, either dead or enjoying retirement in Italy with Selina Kyle/Catwoman (Anne Hathaway) depending on your take on the ending. In steps Blake, whom it is revealed is actually given the birth name ‘Robin’.

The theory goes that this Robin would actually be the Dark Knight, a shift that has occurred many times in the comics too.

Is Batman part of Marvel or DC?

Very much DC. He’s actually the leading light of the franchise, with more film credits to his name than any other DC character.

How old is Batman when he starts?

There’s no easy answer here. Some films, such as Batman v Superman: Dawn of Justice (2016), or Tim Burton’s Batman, begin with the character already in existence and operating as a vigilante in Gotham.

Christopher Nolan took a slightly different approach with Batman Begins (perhaps the title is the giveaway). We don’t actually see the full Batman in action until almost an hour in, with the previous events in the movie playing out like an origin story. We can guess, though, given the casting requirements for the film when it was in production, that Bruce Wayne is in his 20s.

Has Batman ever killed?

The rule of never killing, one that is often incorrectly given as an attribute to Batman, comes from the earlier films. It’s actually one of the plot points of The Dark Knight as The Joker goads Batman into breaking his ‘one rule’.

All this is, of course, completely thrown out for the Ben Affleck version. Batman also kills in the comics, although far less liberally than in Zack Snyder’s recent films.