The History of Batman Movies Part 2: Sets and Locations 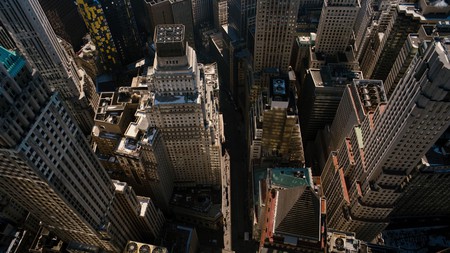 Set in the mythical urban sprawl of Gotham, the Batman series has always placed a heavy emphasis on its location and setting. The everyday appearance of the first film was deliberate, but subsequent instalments have aimed to capture a very different aesthetic depending on the director in charge.

Where was Batman filmed?

The fictional city of Gotham is closely modelled on New York, but is highly exaggerated to fit the needs of films. The name itself was given to The Big Apple by satirist Washington Irving in 1807.

Major US cities have stood in for Gotham on account of how difficult it is to film in New York itself. With recent adaptations favouring the more gothic look and feel of the comics, London has also been used for various locations and scenes.

The original Batman film of 1966, like most films of that era, was shot exclusively in California. Some sound stages and studios were used, as well as Metropolitan Airport. A lot of the same sets were used for the TV series, and the movie itself sandwiched the release of season one and season two.

Wayne Manor was moved to leafy Hertfordshire for Tim Burton’s Batman films. In fact, the whole production was moved over to the UK as Acton, Hatfield House and most notably Pinewood Studios were used in the making of the first film headed by Burton. Luna Cinema has previously capitalised on this by screening the movie in the grounds of the studio itself. 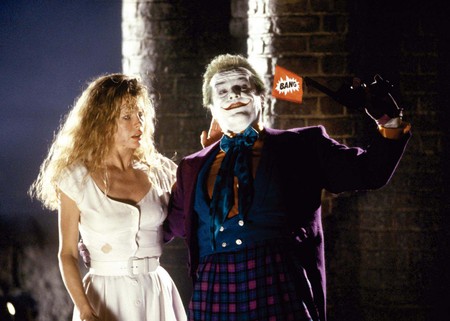 Kim Basinger as Vicky Vale and Jack Nicholson as The Joker in Batman (1989) | © Warner Bros.

Batman Returns (1992) felt tonally different to the first film in the series, and this can partly be explained by the move in location. Production was shipped off to Burbank, California and onto the Warner Bros. studio lot. In total, 50% of the entire studio was occupied by Gotham City.

With Joel Schumacher replacing Burton, and Warner Bros. deliberately looking to lighten the tone of the film, Batman Forever (1995) became a jumble of locations. The look, with neon-infused skylines, was meant to be reminiscent of Tokyo. Scenes were again shot in Los Angeles, as well as Tel Aviv. Most importantly. New York was used for the first time, standing in for various Gotham city interiors and lobby scenes.

With the Schumacher sequel making money, a follow-up was fast-tracked. The eventual film would become Batman & Robin (1997) and in order to accommodate the main villain, Arnold Schwarzenegger’s cold-blooded Mr Freeze, some of the movie was shot in Vienna. Additional scenes were also shot in Quebec and Ottawa in Canada. 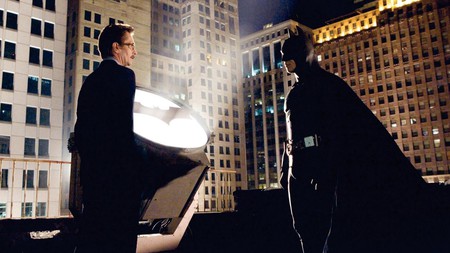 The Christopher Nolan films felt much more global than previous instalments. Wayne Manor was back in the UK (Mentmore Towers in Buckinghamshire to be specific) with Svínafellsjökull, Vatnajökull and Austurland in Iceland playing host to the training scenes between Bale’s Bruce Wayne and Liam Neeson’s Ra’s al Ghul. Chicago stood in for Gotham, including the roads for the Tumbler chase sequences, and Arkham Asylum was actually found to be in London’s King’s Cross Station.

The Dark Knight (2008) took in vistas of Hong Kong for an incredible airborne heist, with most of the action once again taking place in Chicago. Nolan shot several scenes in and around London, this time managing to incorporate the University of Westminster and St John street in Clerkenwell (which was actually the Police HQ).

The final instalment of the Nolan trilogy also features the most locations of any Batman film made. From Mehrangarh Fort, Jodhpur in the Rajasthan region of India, to the final scene in a café in Florence, The Dark Knight Rises has a surprisingly international feel. The prologue, which features a terrific plane set-piece, was shot over the Cairngorms in Scotland. A number of familiar locations from the previous movies were used as well, and for the financial district of Gotham, low-level New York streets were filmed. If you look closely enough, you’ll also find a brief glimpse of Trump Tower in the movie! 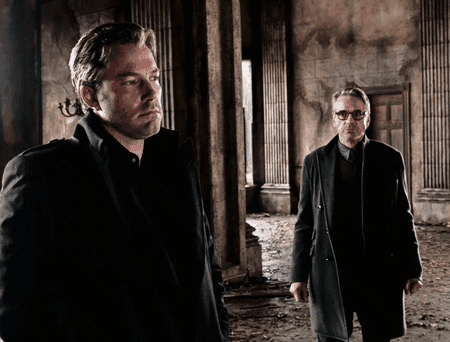 For Batman v Superman: Dawn of Justice (2016), Michigan was picked as the backdrop. In order to fit the logic of the film, which now put the two superheroes of the title in close proximity, the location had to reflect both Superman’s Metropolis and Batman’s Gotham. New Mexico was also used, as a stand-in for scenes meant to be in Africa and the new Wayne Manor was actually Sutton Scarsdale Hall in Derbyshire, England.

For his cameo in Suicide Squad (2016), Ben Affleck headed off to Toronto, but it was in Justice League (2017) that we got more of a sense of what the future of Batman would be. Leavesden Studios just outside of London was used, and we also saw a meeting between Aquaman and Bruce Wayne in the Westfjords of Iceland. Other scenes in the movie were shot in Greece, Latvia and at the British Museum in Bloomsbury.

Where did they film Gotham City?

All over the place! No one place can claim to be the Gotham City we know from films, but there is a distinctive look that most productions aim to copy from New York City. 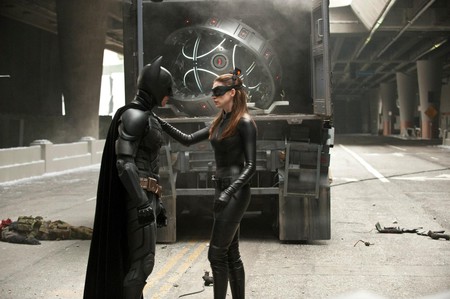 Where did they film The Dark Knight Rises?

The last Christopher Nolan film featured more outdoor scenes and daytime sequences that any other movies starring the Caped Crusader. The plot used a number of bridges as part of a narrative that sees Gotham and its residents cut off from the rest of the world.

Mehrangarh Fort was one of the first places filmed, with production then moving to Pittsburgh and in the process utilising the home of the local football team, the Steelers. Los Angeles and New York were also used and the mammoth shoot wrapped in Wales.

Where did they film Suicide Squad?

One of the most obvious changes in Suicide Squad, and indeed Batman V Superman: Dawn of Justice was the amount of time spent in the dark. Night shoots were prevalent in both movies, an environment many see as being Batman’s natural habitat. The problem was how to make this visually stimulating for the audience.

Costs were also a factor, and so for Suicide Squad, the production moved to Toronto, which often doubles for New York in films and TV shows. Downtown LA and Chicago were also featured in the movie.

What city is Gotham meant to be?

It’s clear that Gotham is styled around New York City. At first glance, many people make the direct link between both cities.

For more from our History of Batman Movies series visit Part 1: Actors Films and Directors and Part 3: The Batman Films they Never Made.