The History of Batman Movies Part 1: Actors, Films and Directors 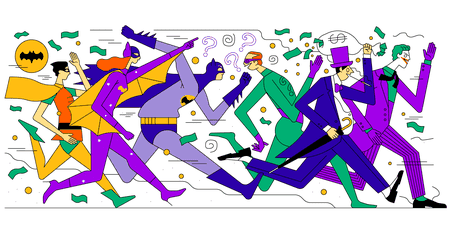 Throughout its various iterations, Batman has remained an icon of modern cinema. We take a look at all the Batman films, from the gaudy TV adaptation to the dark version of the Caped Crusader we are now familiar with. 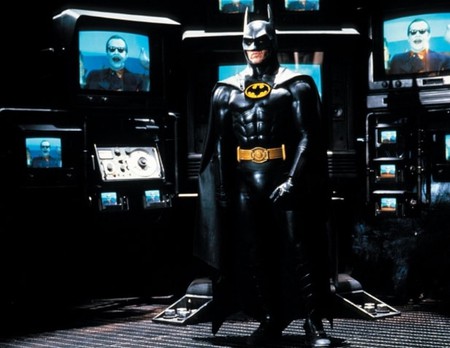 For the purposes of this article we’ll discount the animated versions of the character that have become increasingly popular and will instead focus on the live-action Batman films.

These cartoons, which have become more adult in tone in recent years, can be traced back to the superlative Batman: The Animated Series from the early 1990s. This wasn’t the first animated depiction of Batman – there were a number of cartoons that followed the popular live-action TV show starring Adam West – but this is the one that is most fondly remembered. 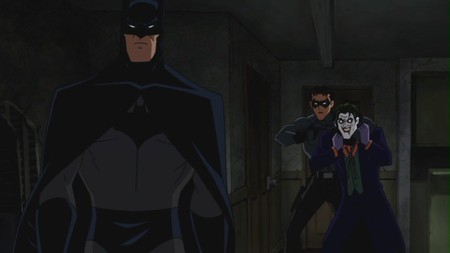 Other standouts are Batman: Mask of the Phantasm (1993), which was set in the animated series continuity and the only non live-action Batman film to receive a theatrical release, The Dark Knight Returns (2012) and Under the Red Hood (2010).

In recent years there has also been a Lego spin-off film. Following on from a cameo in The Lego Movie (2014), Will Arnett voiced the character again in The Lego Batman Movie (2017) and brought a new audience to the series.

What was the first Batman movie ever made? 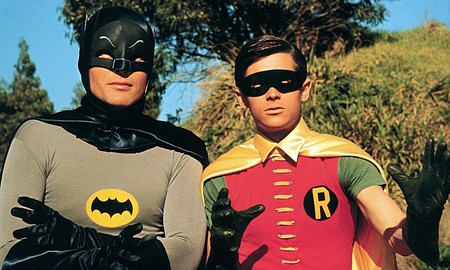 Created by Bob Kane and Bill Finger for DC Comics and debuting in issue 27 of Detective Comics in 1939, the character of Batman and his wealthy alter-ego Bruce Wayne have been portrayed by several actors. Technically, the first depiction of Batman in cinemas was a 15-chapter run of Batman as a serial in 1943. Like many movie serials of the era, the character was used as war propaganda and displayed an anti-Japanese sentiment. This version of Batman was influential enough on the mythos of the character that the term ‘Batcave’ became the byword for the lair in future instalments and retro-fitted into the comics too.

There was a sequel released in 1949, this time seeing Robert Lowery replace Lewis Wilson under the cape. The serial movie was called Batman and Robin, and it wasn’t the last time we’d see these two team up…

From the dark night to the dawn of justice: all the Batman films in order

Batman (1966) – The first proper Batman film released was this memorable version starring Adam West in the title role. Burt Ward was Robin and a whole host of villains made the transition from the small screen to the cinema version.

Batman (1989) – Tim Burton took on the mantle of Batman director following several failed attempts at reviving the character. Stepping into the cape was Michael Keaton and the aesthetic was far more gothic compared to the previous film.

Batman Returns (1992) – Arguably even darker than the previous film, this sequel saw the return of Burton and Keaton with the notable addition of Danny DeVito as The Penguin and Michelle Pfeiffer as Catwoman. 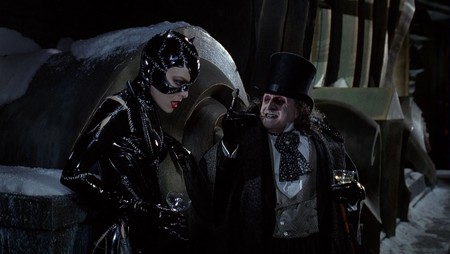 Batman Forever (1995) – In a dramatic shift from the previous two Batman films, Batman Forever was much lighter in tone. Keaton and Burton both left and were replaced by Val Kilmer and Joel Schumacher. Reviews were pretty decent, and there was praise for Kilmer’s more pleasing approach to Bruce Wayne, but the villains portrayed by Jim Carrey and Tommy Lee Jones were seen as a backward step, harking back to the over-the-top tone of the 1960s TV series.

Batman & Robin (1997) – Schumacher remained, but Kilmer was gone. The pair apparently clashed repeatedly while working together two years previously, and along came George Clooney, fresh from TV success, into the role of Batman. The return of Robin (now played by Chris O’Donnell), and the additions of Alicia Silverstone, Uma Thurman and Arnold Schwarzenegger couldn’t save the movie, which flopped with dreadful reviews. The franchise, for now, was dead.

Batman Begins (2005) – With superhero films back in vogue thanks to the X-Men series as well as Sony’s Spiderman (2004), Warner Bros. resurrected their own comic book character. Christopher Nolan, then a relative unknown, was given the job of rebooting Batman and after an extensive search and hundreds of auditions, Christian Bale was cast in the lead role.

The Dark Knight (2008) – The more grounded approach favoured by Nolan had clearly struck a chord with fans, but no one was quite prepared for the sequel. Bigger, darker and featuring an Oscar-winning turn by Heath Ledger (who passed away soon after completing work on the movie), The Dark Knight became one of the biggest films of all time. 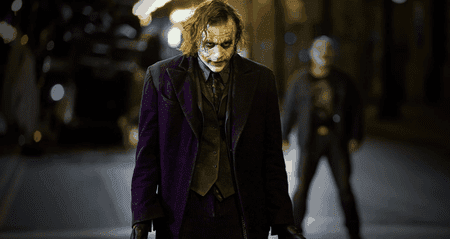 Heath Ledger as The Joker in The Dark Knight | © Warner Bros.

The Dark Knight Rises (2012) –With Marvel’s rival Avengers series now in full swing, the final part of Nolan’s trilogy felt like something of a drag. Not a failure by any means, but this film felt slightly disjointed and rushed.

Batman v Superman: Dawn of Justice (2016) – Speaking of rushed, Warner Bros. charged ahead with their shared universe franchise after the mild success of Man of Steel (2013). Pitting Henry Cavill’s Kryptonian Superman against long-time Batman fan Ben Affleck, Dawn of Justice at least recreated one of the most famous battles in comic book lore.

Suicide Squad (2016) – It might have been a brief cameo, but Affleck’s turn as Batman in this villain team-up movie might have been the only good thing in an otherwise disastrously messy film. We also got to see the new Joker in the form of Jared Leto.

Justice League (2017) – Another team-up movie, the long-awaited solo Batman movie with Ben Affleck still seems a long way off. In fact, given the tepid response to the last few films featuring the Dark Knight, there are persistent rumours that Warner Bros. are already in the process of recasting the role. Affleck has already decided against writing and directing the proposed solo film himself.

How many actors have played Batman?

With all those changes throughout the years, it is difficult to keep up with who has donned the cape and cowl. 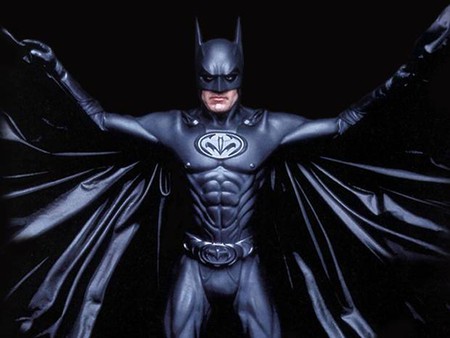 In total, there have been six actors who have played Batman over the years in live-action feature films. If we include Robert Lowery and Lewis Wilson from the theatrically released serials of the black and white era, then the answer is eight.

Basically, if the question comes up in a pub quiz, make sure you clarify the rules first!

Adam West has played the character the most times, with over 120 TV episodes to his name. Even though Christian Bale has played the superhero in three solo movies, Ben Affleck matches that with his appearances in the current DC Universe.

Michael Keaton has two films under his utility belt, and West, George Clooney and Val Kilmer each popping up in one movie each. Interestingly, Clooney is the only man to have apologised for his tenure as Batman, claiming in a recent interview that he almost ruined the character forever.

How many people have directed Batman films?

Again, we’ll stick to the main live-action films, starting with Leslie H. Martinson’s Batman movie in 1966. After Martinson came Tim Burton, with his brilliant gothic take on the Batman films. The Ed Wood (1994) director wasn’t really the obvious choice for tackling a comic book adaptation, but clearly executives were impressed with his previous films, most notably Beetlejuice (1988).

Joel Schumacher stepped up for two films, which have subsequently been derided for their slapstick tone and clashing neon colour palettes. For all its many faults, Batman Forever isn’t the outright travesty its often been made out to be, however there is nothing good to be said for Batman & Robin. 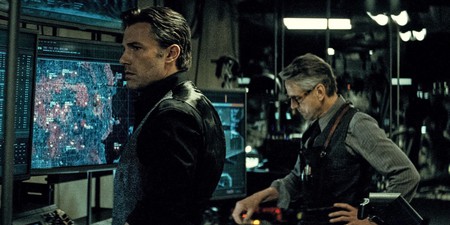 Christopher Nolan got to complete a trilogy, and then things get a little confusing. We can just about include Zack Snyder for Batman v Superman: Dawn of Justice, but do we count the cameo in Suicide Squad or the team-up in Justice League? If we do, then the total number of Batman directors goes up by two, as Snyder left the latter project to be replaced by Joss Whedon.

Why did Christian Bale quit as Batman?

Even though he was rumoured to have been offered over $50 million to reprise the role in Batman V Superman, Christian Bale never returned to Gotham after The Dark Knight Rises (TDKR). The truth, according to the actor himself, is that he was never actually offered the chance to play Batman again, although he would have been open to the idea.

The arc of Bale’s Batman is complete by the end of TDKR and so there was little interest from Warner Bros. to bring the actor back. The tone in the extended DC Universe, complete with alien supermen and Amazonian warrior princesses, is at odds with the grounded reality of the Nolan universe. The simple fact is that the two franchises could never really co-exist.

The Interstellar (2014) director walked away from making DC films, but not as soon as many people think. Nolan served as an executive producer on Man of Steel, with one of his biggest contributions being his adamant refusal to allow a post credit sequence.

As for Batman, Nolan has stated that he never even planned a sequel let alone a complete trilogy. Once the final film in his series was done, so was he. The genre had moved on too, and the titbit about not wanting a post credit scene proves as much.

Why did Tim Burton not make a third Batman film?

This one is more complicated. Batman Returns made money, but just not quite as much as the first film. The reaction from fans was more divided that before too, and so it all comes down to McDonald’s Happy Meals…

At least that’s the populist version of what happened. Some groups in America objected to the wholesome food favourite serving kid’s toys that promoted such a dark film. Things escalated to the point that McDonald’s had to release a statement saying that they were only promoting the character Batman, and not the film.

The studio and the director were happy to part ways on the series, and in stepped Joel Schumacher to make a more family-friendly (and Happy-Meal-appropriate) film.

For more from our History of Batman Movies series visit Part 2: Sets and Locations and Part 3: The Batman Films they Never Made.