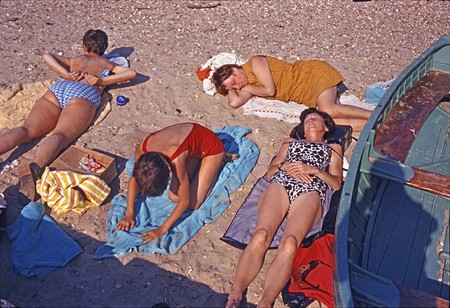 Sunbathers on the Isle of Wight | Photography from the archive of Pat Gwynne, 1967

From the seaside resorts of New Brighton and Butlin’s down to Hastings, Margate and Ramsgate by way of the Welsh coast, the British coast has been a destination for day trippers and families on holiday for almost 200 years. A major exhibition at Margate’s Turner Contemporary captures Britain’s love affair with the seaside.

Ask a Brit about their seaside childhood holidays and you’ll hear stories of rock pools, Punch and Judy and fish and chips, but the seaside has held a sentimental place in the British psyche for nearly two centuries. 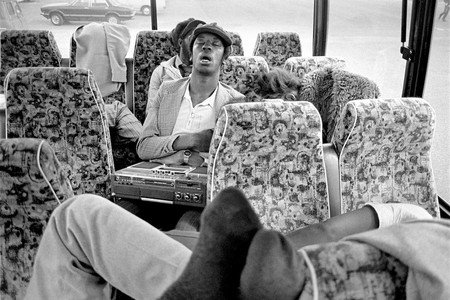 Day trips to seaside towns rose to popularity in the 1840s, when the advent of the railways allowed those living in Britain’s cities and towns access to the coast. The seaside brought out a surprisingly liberated side of this famously uptight country; in shots of late-19th-century Britain, people in full Victorian dresses and top hats lie embracing each other on the Yarmouth sands without reservation.

The following years saw the birth of the seaside resort: from Blackpool to Brighton, coastal towns up and down the country were transformed into playgrounds for holidaying Brits with the construction of piers, promenades, hotels and cafés. Bolstered by the implementation of Britain’s first bank holidays in the 1870s, the seaside break continued to thrive. In the early 20th century, Butlin’s opened its first holiday camp in Skegness; several more appeared over the next few years, catering to working-class families seeking an affordable getaway. 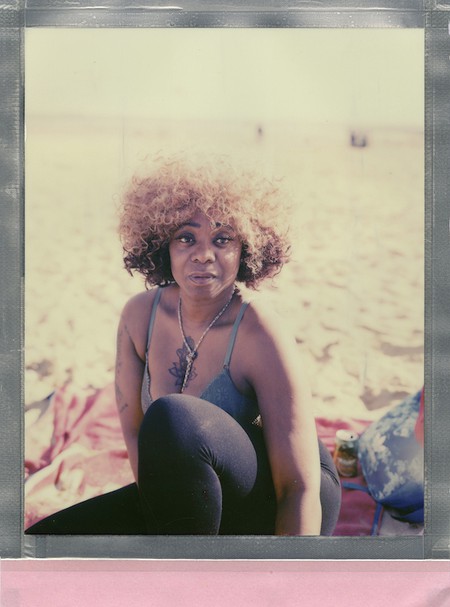 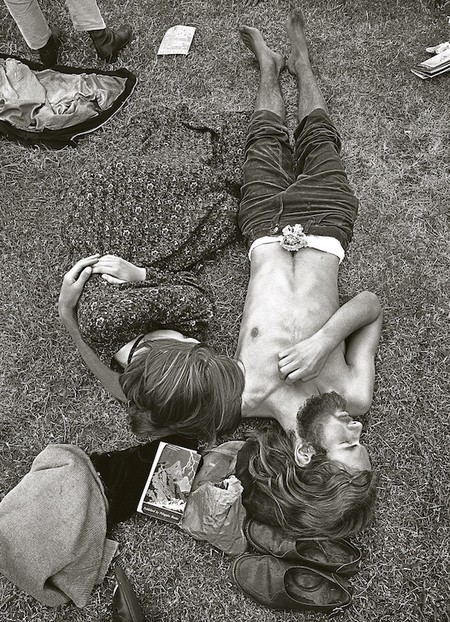 By the 1950s, thanks to the introduction of paid annual leave, it was common to take a week or two off work and holiday at the seaside. Thanks to this newfound leisure time, the family holiday was in its heyday: three generations would squish together on packed pebbly beaches, mothers in cat-eye sunglasses, teacups and saucers laid out on towels. 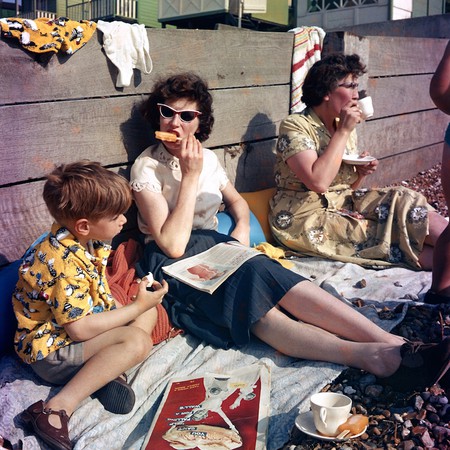 Down to the Beach. Photographer: Raymond C Lawson, 1959 | Courtesy of Nicholas Cordes, with kind permission of the Lawson family

Succeeding decades, however, saw the prevalence of package holidays and foreign travel lead to a quick decline in the seaside resort. Trains that had zipped those living in industrial towns to Britain’s coast ceased to operate, replaced by cheap flights to the continent. Many seaside towns became destitute of maintenance; shops and hotels closed their doors, and visitor numbers plummeted. 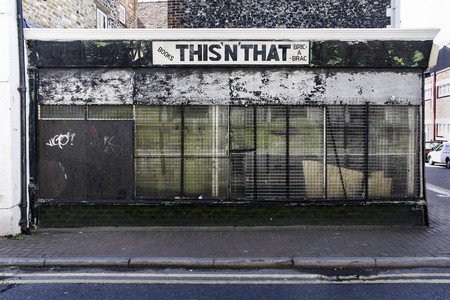 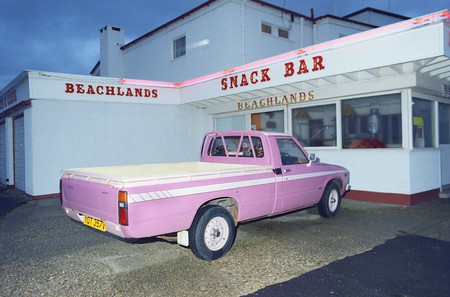 New Brighton, on the Wirral Peninsula, was falling into decline after the demolition of its pier and tower when Martin Parr shot his famous collection ‘The Last Resort’ in the mid-1980s. His photos demonstrate how significant the seaside was to working-class families; despite the ramshackle state of the seaside resort, cafés are crammed with sunburnt kids and sunbathing families fill short stretches of sand. On a hot summer’s day, New Brighton continues to draw visitors from nearby Liverpool. 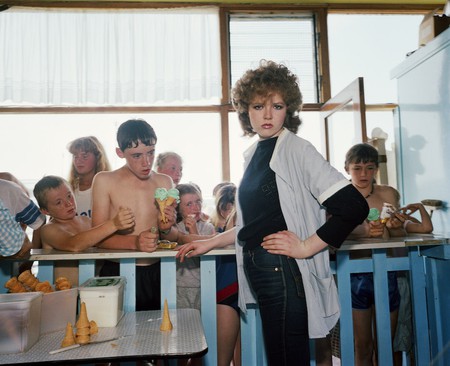 Today, Britain’s coastal towns are going through something of an identity crisis. Many resorts that have struggled to reinvent themselves after years of neglect are stuck with a reputation for seaside tack, complete with garish amusement arcades and cheap seaside hotels that seem permanently stuck in the past. Danielle Peck and Henry Iddon’s shots capture some of these outdated hotel interiors; there’s plenty of bric-a-brac, breakfast menus written in biro, floral curtains and macramé throws. 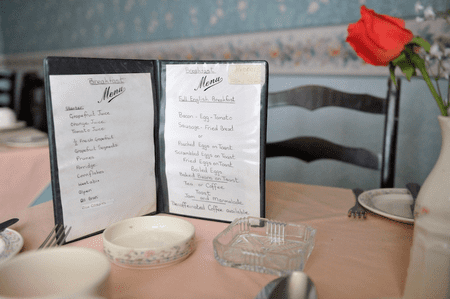 Some towns, however, are enjoying artsy revivals, while others managed to avoid ever falling into decline. Brighton, for example, has long been a cool coastal city, home to a large LGBTQ community, thriving nightlife and café culture. Towns along the Kent coast, such as Whitstable and Margate, are being revived as hubs for art and culture, largely thanks to migrating Londoners.

Many seaside resorts are implementing strategies to return to their former glory or else reinvent themselves as something better. Hastings is one such town; the local government of this southeast coastal town has a full regeneration strategy in place, and had its pier restored in 2016.

Through portraits of locals in Hastings, Grace Lau and Jason Wilde capture the face of the 21st-century seaside town today. 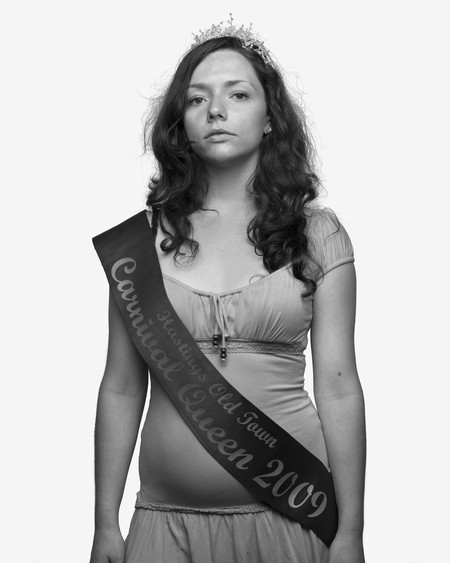 In a studio set up on the seafront, Lau’s subjects appear to have been grabbed straight from the beach – ice cream cones and all – and asked to pose for group portraits. The result is a utopian snapshot of Britain – one full of eccentric characters, where diverse communities coexist, and the weather’s always sunny. 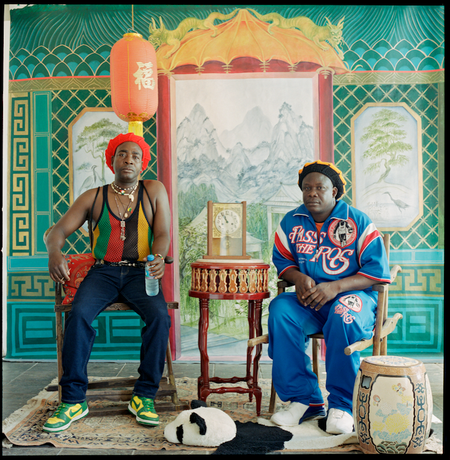 As these photos demonstrate, even the most crowded beaches, run-down B&Bs and temperamental weather don’t impede on Britons’ love of the seaside. The renaissance that seems to be under way is unsurprising; there’s perhaps no other place that kindles the same feeling of uninhibited joy and childhood nostalgia.

Seaside: Photographed is on display at Margate’s Turner Contemporary until September 2019.