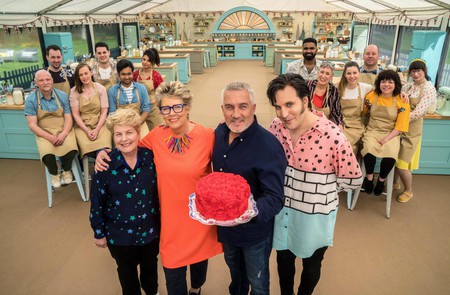 The world’s most famous baking show is watched by millions each year, and is celebrated for encapsulating British sensibilities. But the wide-ranging cultural backgrounds and specialities of the bakers show that the program reaches far beyond its bucolic purview.

It’s the epitome of British pastoral. A giant white tent reminiscent of a wedding marquee rests on a lawn against a backdrop of rolling green fields, while May flowers explode from every corner and squirrels and lambs prance hither and thither. The whole scene is laden with an impossible nostalgia, reminiscent of the warm, cosy kitchen of an imagined childhood. 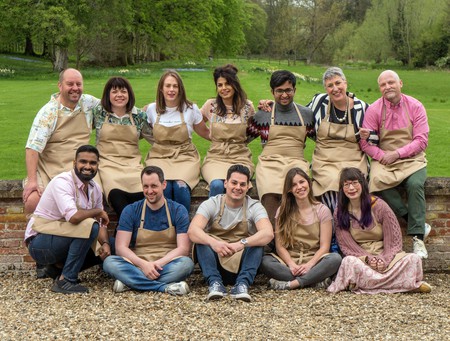 While the contestants who inhabit this idyllic set are all British, they’re not the British citizens of Wordsworth and Hardy. Since The Great British Bake Off began in 2010 the contestants have included a gay Ghanian-British philosophy student, a second-generation Bangladeshi housewife who had an arranged marriage and a 26-year-old French-born woman who came to London to be an au pair. At its viewing peak, 13.85 million people tuned in to watch this multicultural mix of people whisk, strain and sauté their way to victory or crumble to batter-splattered defeat. The format has been sold to and aired in 29 different countries. Despite its very traditional veneer, The Great British Bake Off represents the real Britain, made up of people of all colours, sizes and beliefs, rather than the romanticised version its aesthetic pertains to.

In the tent, nothing else matters apart from the baking. So this contrast between make-do-and-mend Britain and the very modern, representative Britain that the competitors embody that make the show so gripping. In what other world would a trainee anesthetist, a full-time mother, a firefighter and an art gallery assistant, all be in one room together for an entire weekend? Sharing a common love means that all backgrounds and differences are cast aside in the quest for the ideal rise on a loaf of bread. 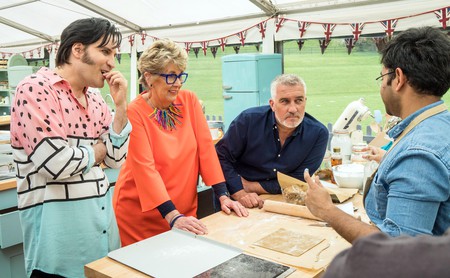 Judges Paul, Prue and presenter Noel with Rahul in the first episode of 2018 Bake Off | © Mark Bourdillon/Love Productions/Channel 4

The Great British Bake Off is a microcosm of how Britishness is an evolving concept. Each of the contestants bring their own flavour to each bake. In the first episode of this year’s series, Biscuit Week, Kolkata-born research scientist Rahul Mandal brought the Indian flavours of fennel and coconut to the very traditional Pitcaithly Bannock, a variety of Scottish shortbread – and the judges loved it. While Hong Kong-born Ryan Chong, a contestant on series three brought his signature version of the famous char siu bao (Cantonese barbecue pork filled buns) to the week that focused on sweet dough, when all other bakers concentrated on traditional sweet dumplings instead.

It’s the disparate assortment of personalities that make Bake Off so enthralling and entertaining to watch. The viewers become hugely invested, gasping when someone drops a tray of biscuits, or groaning when a custard doesn’t set. With the cultural make up of Britain evolving every year and Brexit-related uncertainty looming in the background it’s a good thing that we can all look past the bunting and doilies and enjoy a slice of cake.