The Funniest Films of the 21st Century 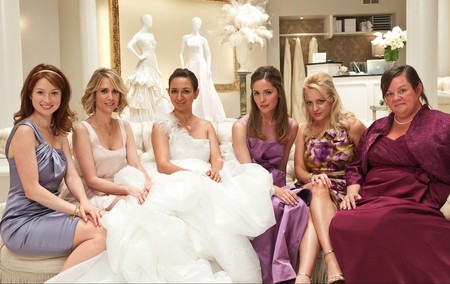 The cast of 'Bridesmaids' | © Universal Pictures

We all need a laugh sometimes, and given the tumultuous events around the world this century, its surprising we haven’t seen more comedies hitting the big screen in the last few years. Here are our picks for the best comedies since 2000… do you agree? 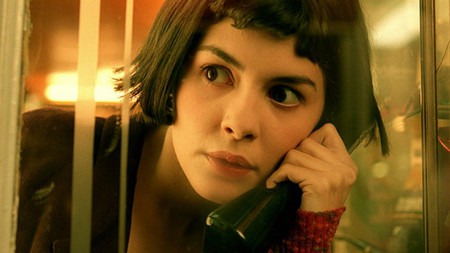 This blisteringly evocative French comedy captured our collective hearts thanks to Audrey Tautou’s fantastic performance in the title role and a wonderful, almost etherial tone throughout. Paris has never looked better, even in this heightened reality setting, and the subtle humour often catches you off guard. Amélie is as pleasant a viewing experience now as it was back at the turn of the century. 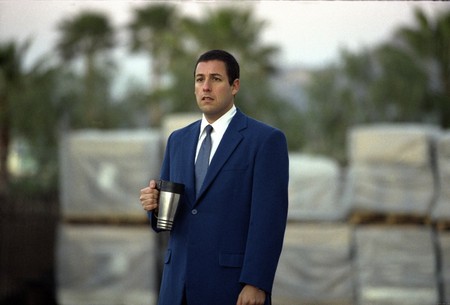 Adam Sandler isn’t everyone’s cup of tea. In fact, his shouty, man-child persona on screen is usually an instant turn-off for most. Nowadays he can be found peddling made-for-Netflix nonsense off the back of a multi-million dollar deal that still confounds critics and analysts. All this is to put into context just how good he can be when given some decent material and the guidance of an expert filmmaker such as Paul Thomas Anderson. Punch Drunk Love demands Sandler focus on getting across a put upon man struggling with various issues. The humour comes from painfully funny scenes with his extended family. The themes are universal, but still incredibly original. 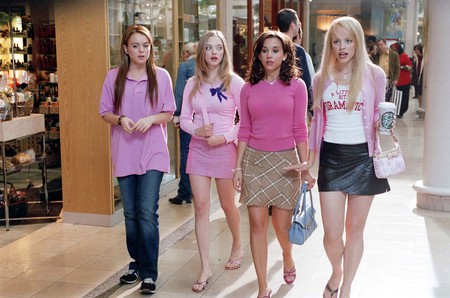 Don’t dismiss this as ‘just another teen movie’, it’s far better than that. Written by Tina Fey, who also stars in the movie, Mean Girls has certainly stood the test of time with a series of memes still flooding the internet on a daily basis. There’s a musical based on the film as well as a not-so-good sequel. Lindsay Lohan is superb in the starring role, a performance that belies her current reputation. 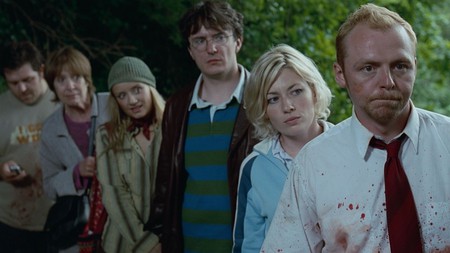 Shaun of the Dead | © Working Title

British comedies have previously been seen as rather twee, if we take the likes of Four Wedding and a Funeral (1994) as a jumping off point. What Shaun of the Dead takes great delight in doing is subverting the traditional image of the Brits in movies and representing real-life characters in extraordinary situations. The Zom-Rom-Com sub-genre has gone from strength to strength in the following years in terms of quantity, but none has come close to matching this for sheer comedy value. 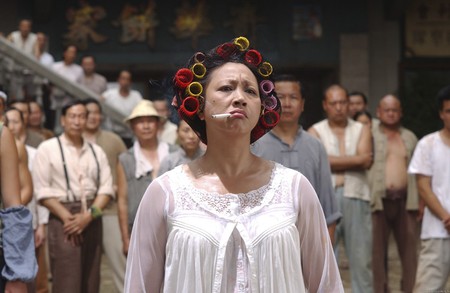 On the surface, Kung Fu Hustle is a martial arts movie with unrealistic action and a heavy reliance on special effects. This might sound like the recipe for a by-the-numbers adventure, and the plot rarely strays from this, but it’s deviously intricate when it comes to the laughs. The characters are all pumped full of staggering visual affectations and abilities. Even if you think you don’t like the genre, you will love the way this film plays with tropes throughout. 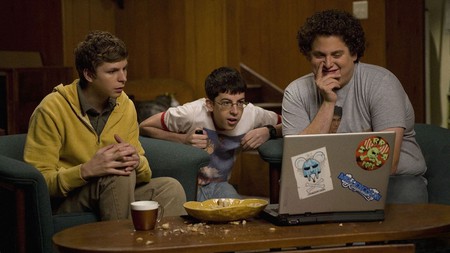 The male equivalent of Mean Girls, in as much as it features teenagers doing what teenagers do, Superbad is essentially a reworking of the high school humour prevalent in 1980s cinema with the added influence of the internet. For all its outrageous sequences, and there are plenty of those, the likability of the main stars (above) is what carries this through. 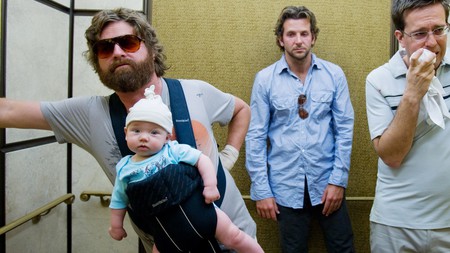 The Hangover has no right to be as good as it is. The groan-inducing concept, four men going to Las Vegas on a debauched stag weekend, smacks of unoriginality. None of the protagonists are particularly appealing and there’s even a jarring cameo from former heavyweight boxing champion Mike Tyson. Somehow, and we’re not entirely sure how, it all works. Avoid the derivative sequels at all costs and instead enjoy the mother of all hangovers instead. 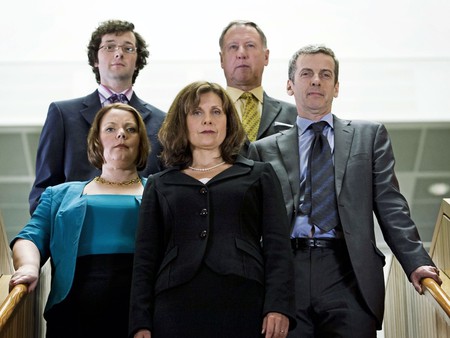 WARNING This image may only be used for publicity purposes in connection with the broadcast of the programme as licensed by BBC Worldwide Ltd & must carry the shown copyright legend. It may not be used for any commercial purpose without a licence from the BBC. | © BBC 2009

At the other end of the British humour spectrum from Shaun of the Dead are the overtly political broadsides of The Thick of It. The BBC TV series is infamous for the foul-mouthed rants of Malcolm Tucker (Peter Capaldi) and these are in place for the big screen spin-off which lampoons everything about the mess we find ourselves in at the highest levels of international governance. This feels painfully accurate, and the fact that we are laughing along with the absurdities of the situation only make us feel even more helpless. Almost a decade on from its original theatrical release, In the Loop feels just as relevant today as it did back then. 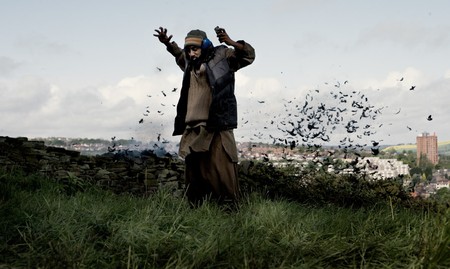 The logical conclusion to the political humour that was rife in the aftermath of 9/11, Four Lions confronts religious extremism head-on and manages to poke fun at all the elements involved. The micro story is constantly laced with ‘truth’, which plays out against the top level manoeuvring we saw in the likes of In the Loop. 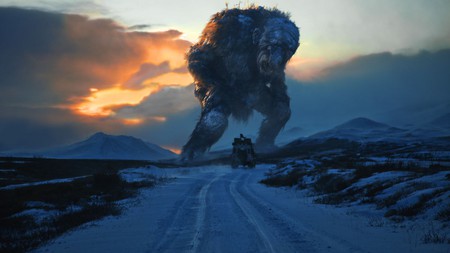 The mockumentary format has seen its fair share of criticism in recent years. A tired genre seemingly lacking in any originality, or at least that’s what we thought until this Norwegian comedy burt onto the scene. Taking aim at a number of targets, the film has gone on to achieve huge success. 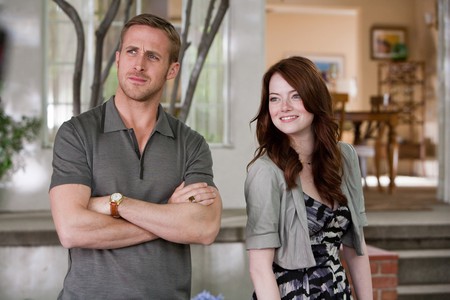 Romantic comedies are generally the hardest to pull off. Finding the perfect balance between jokes and romance has proven to be the bane of many directors and this effort fits the mould of many forgotten efforts in the genre. The cast, however, elevate the material to a tremendous extent, from the warm glow of seeing the impossibly attractive pairing of Ryan Gosling and Emma Stone fall in love, to the everyman charm of Steve Carell as a man going through a messy break-up. There’s even a kicker of a twist at the end, which is up there as one of the best ever put on film.

Unfairly dismissed as the female equivalent of The Hangover, this outstanding comedy is not only better, it’s also one of the best films of the century regardless of genre. Kristen Wiig portrays every imaginable emotion perfectly and the comedic timing of Rose Byrne, previously considered to be merely a great dramatic actress, is a joy to behold. One of the most rewatchable films of all-time. 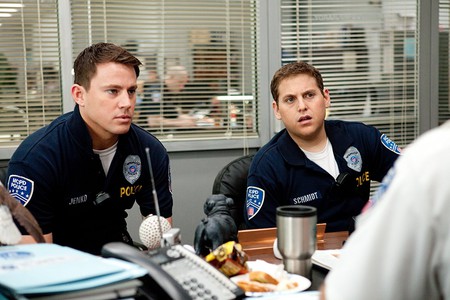 TV adaptations don’t have a great reputation. For every 21 Jump Street, there are countless flops in the vain of last years risible Baywatch. What makes this film work where others have failed is that it maintains an air of knowing slyness but builds its own story around that. Tatum and Hill have wonderful chemistry throughout, and although the inevitable sequel is inferior on almost every level, it highlights just how much we want to see the pair work together again. 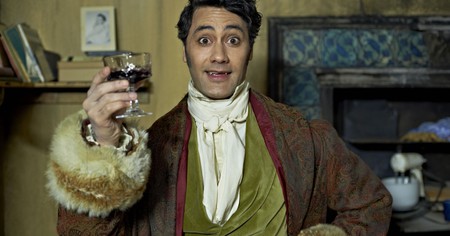 What we do in the Shadows | © Metrodome

Taika Waititi has gone on from this New Zealand mockumentary to make Thor: Ragnarok (2017), a big budget Marvel blockbuster. The tone, however, is consistent and that’s a great thing for fans of his earlier work. As a documentary crew follow a group of bumbling vampires in a suburb of Wellington, we are introduced to a paranormal world that feels excruciatingly mundane. 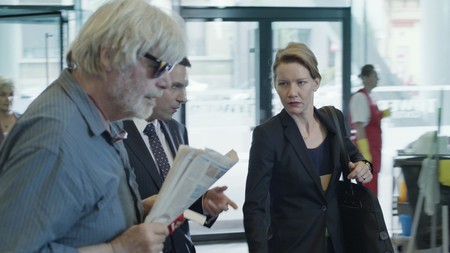 Picked out as one of the best films of the year when it was released, this German-Austrian comedy drama is a tricky one to “get” on first viewing. An elderly man, content to live in his own world full of pranks and disguises, finds himself drifting even further away from his only daughter who is carving out a career as a successful, if lonely, businesswoman. Creating the monstrous character Toni Erdmann, the father slides into his daughter’s life causing all manner of mayhem. There’s a Hollywood remake on the cards, but that feels utterly unnecessary. This is an outstanding film already.SaveSave