The Denim Brands You Need To Wear Now 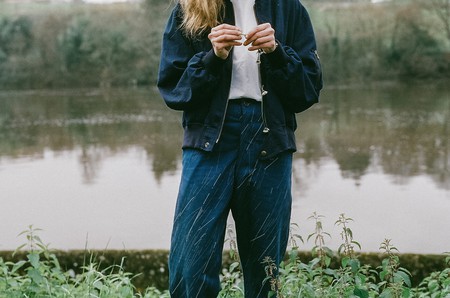 When the story of denim is told, the tweenage years of the 2000s will certainly be celebrated as a renaissance era for a material that up until recently was stuck in a major rut. Not only are there more styles than ever to choose from but there’s also a slew of unique denim brands offering well made, timeless pieces. Meanwhile, major names have begun to up their game as competition has increased, ensuring that their output has never looked more bountiful.

Story MFG is a denim brand with craft and sustainability at its core. Each piece is built to last, with the brand focusing on making sure that designs create a positive impact on both the wearer and the earth. Every manufacturer is visited by the pair to ensure quality, and their journeys are documented to share the adventures with their customers. Those who want to embrace the craftsmanship around denim can also purchase the dyes directly; choose from Indigo, Madder or Babul Bark.

Los Angeles-based, unisex denim brand 69 have put out hot pieces for a few seasons now, and they’re just getting better. All their products are manufactured in L.A, and while the city’s laid back aesthetic permeates the designs, their focus on quality and sustainable pieces is serious business. Though jeans are obviously a core part of the brand’s offer, fans should also explore their fabulous collection of jackets, dresses and accessories – the kind of his & her vibe that even the most cynical of folk can get behind.

Calvin Klein has always been known for denim – who can forget the iconic Kate Moss adverts of the 90s – but this year, perhaps due to the Raf Simons cool factor, it’s back again. Their ‘True Icons‘ collection makes the most of the brand’s history, offering dreamily cut straight legged jeans as well as denim caps, cut-offs and stone washed jackets.

Located in Walthamstow, Blackhorse Lane Ateliers was opened in 2015 to give Londoners direct access to premium selvedge and raw denim manufacturers. Their own line of unisex designs comes with a 50-year guarantee, the only brand in London to do so. Founded by Han Ates, Blackhorse Lane Ateliers also provides denim for major fashion brands such as Christopher Raeburn, Hussien Chalayan, King & Tuckfield, Endrime and Labour & Wait. Visitors to Blackhorse Lane should also spend time in their pop-up restaurant ‘Denim & Dine’, led by Chef Pedro Passinhas.

Ranked the number one sustainable brand in Europe, Amsterdam-based brand Kings of Indigo have expertly married sustainability with chic design. The fits are sharp and the material soft, with collections that are on trend without being too focused on ‘fashion’. Indeed, it’s the emphasis on timeless style that has garnered them fans that include Emma Watson and Pandora Sykes. All Kings of Indigo styles are named after Kings and Queens from the past, adding an extra dash of nobility to their quest to help save the planet.

While not typically considered a fashion capital, Cardigan in Wales is home to a very focused denim manufacturer that might just be one of the best-kept secrets in the British fashion scene. Hiut came about as a means of revive the town, home to 4,000 people, 400 of whom worked at a denim factory for three decades. When it closed, the talent and skills remained, which is why it made perfect sense to founders David and Clare Hieatt to draw on existing talent to launch Hiut Denim. “At the end of the day, we are here to try and make the best jeans we can and not the most jeans we can,” they say. 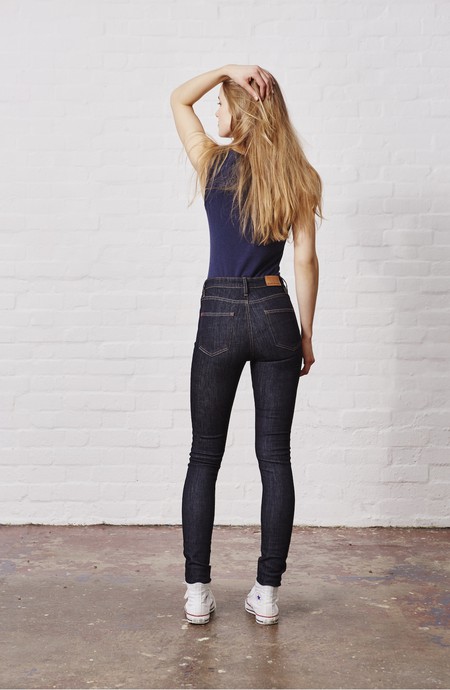 The NEWGEN award winning, London based fashion designer Faustine Steinmetz began her quiet denim revolution in 2013 after acquiring her first handloom. Since then, she has continued to enthral the London Fashion Week crowds with hand-woven denim designs, along with statement t-shirts, coats and jumpers.

Doing one thing well is the motto of unisex denim brand I AND ME. Based in Hackney, the brand produces seasonless collections of classic denim pieces designed to worn again and again. “The slow ethos is a great industry model with customers returning to buy the same product again in different colour ways. I AND ME focuses on wardrobe favourites, updating key shapes and silhouettes in new fabrics and styling tweaks,” said Creative Director Jessica Gebhart when we caught up with her recently.

Since they launched in 2009, Portuguese design duo Marques’Almeida have been creating highly desirable denim. Early adopters of the oversized, frayed style, the LVMH winners have developed a signature aesthetic that reflects the brand’s open, playful approach to fashion.