The Coolest Neighbourhoods in Gibraltar 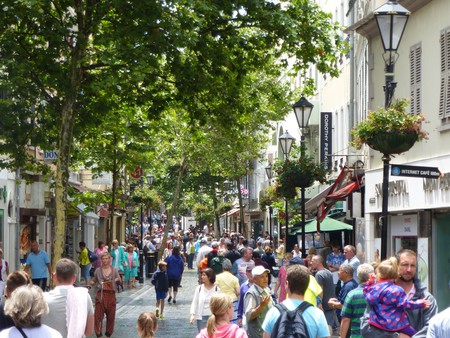 Though small, the overseas British territory of Gibraltar boasts some lively and characterful neighbourhoods. From the bizarre mix of architectural styles that defines its old town, to the Marbella-like chic of Ocean Village, there is something here for everyone. Read on to discover the coolest neighbourhoods in Gibraltar.

Gibraltar’s most modern and trendy neighbourhood is the floating community of Ocean Village. If you’re walking into Gibraltar from Spain or the airport, take a right onto Gracias Road before you reach the tunnel that leads into Casemates Square and you’ll soon find yourself in a mini-Marbella: floating gin-palaces and speed boats, an enormous “yacht-hotel” called the Sunborn – which houses a blaring casino and a pricey bar – and a cluster of waterfornt restaurants and drinking spots that wouldn’t look out of place on Nikki Beach. Bruno’s bar is particularly popular with the locals, and if you want to really sample Ocean Village life, stay at Jasmine Coral Jay. Offering several small rooms split across two boats, it’s run by Johnny and Tracy, a super-friendly British couple who will give you a welcome so warm you won’t want to leave. 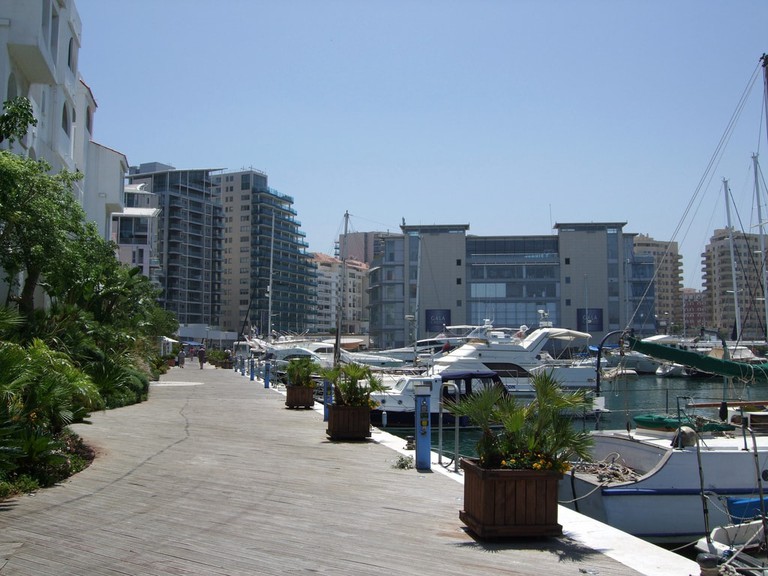 If you’re walking from the airport, Gibraltar’s old town is about 15 minutes away. You reach it by strolling across the runway (no joke), past the first red telephone boxes and under a couple of old tunnels before emerging into the busy Casemates Square, where the country’s National Day celebrations are held every year. The Lord Nelson is its best pub and has a lovely terrace. From there, stroll northwards up Main Street for a rather surreal experience: English-style pubs and shops betray the fact that you’re not in Spain, but the blend of Moorish and Spanish architecture and the blistering summer temperatures mean you couldn’t possibly be in the UK. Running parallel to Main Street is the fashionable thoroughfare of Irish Town, which sounds like a neighbourhood in itself but isn’t. 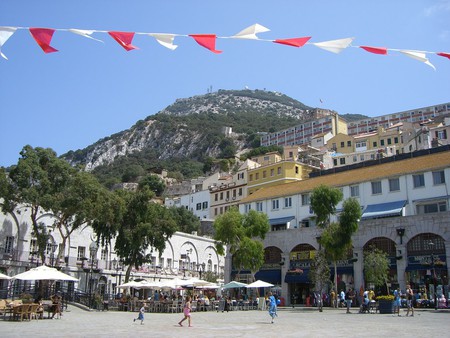 As its name suggests, this residential area of Gibraltar extends southwards from Referendum Gate all the way down to Europa Point, from which views of the north coast of Africa can be enjoyed in good weather. The Gate itself is of historic importance, commemorating as it does the 1967 plebiscite in which 99 percent of Gibraltarians voted to remain under British control rather than become Spanish. The neighbourhood has a few pubs and eateries (including the bar and restaurant of the famous old Rock hotel), but this is almost entirely a residential quarter featuring a mix of architectural styles, from old Ministry of Defence buildings converted into houses, to state-of-the art apartment blocks. Queensway Quay is a pleasant place to have a drink or meal, although go in a patient frame of mind: the service in some of the waterfornt restaurants can be as relaxed as the setting. 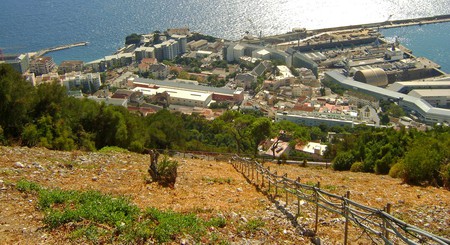 View of Gibraltar docks and part of the South District from the Upper Rock; Tony Evans/flickr

Situated on the east side of Gibraltar and separated from most of the other neighbourhoods mentioned in this article by the 426-metre high Rock, is the idyllic Sandy Bay. This small and attractive development is home to one of the few inhabited areas on the territory’s Mediterranean coast: named Both Worlds, it looks out onto an exclusive beach that has recently been extended with the help of 50,000 tons of sand imported from the Sahara. Rising up above the horsehoe of beachfront white houses is the Great Gibraltar Sand Dune, which is covered in flora native to this part of the Rock. 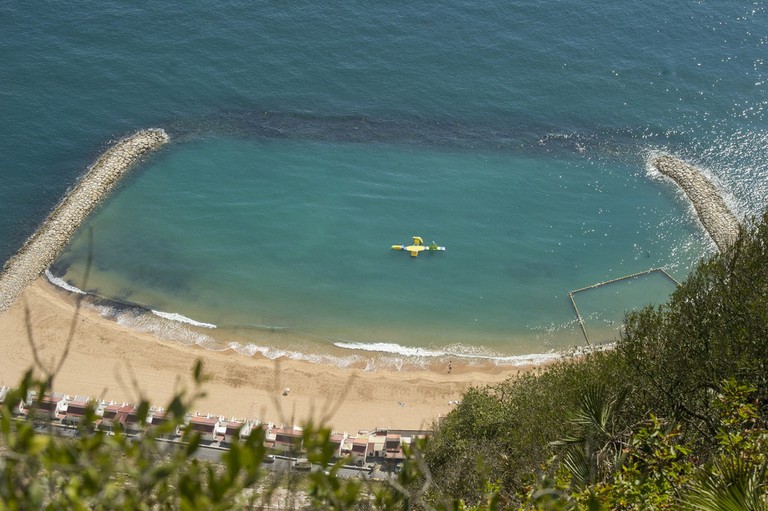 The beach in the Sandy Bar area of Gibraltar | © InfoGibraltar / Flickr

Eastern Gibraltar’s most lively neighbourhood is the forming fishing village and cove known as Catalan Bay. This was an area of the Rock popular with Catalan fishermen during the 16th century, who fished anchovy and boquerones in its rich waters. Located to the north of Sandy Bay, it offers visitors the territory’s second largest (and nicest) beach, some excellent seafood restaurants and the Caleta Hotel. The warm Mediterranean waters here make for some wonderful bathing, although keep a lookout for the red flag: if it’s flying, it means that you might encounter a jellyfish while swimming (they are sometimes attracted to Catalan Bay to feed). A pleasant blend of ambiences defines this small community, which is part-old town, part-Ocean Village, and is popular with both Gibaltarians and tourists. 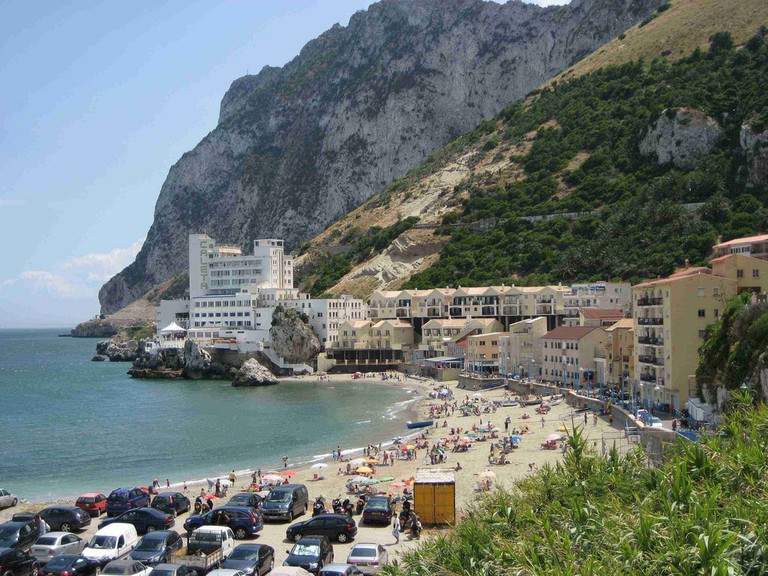