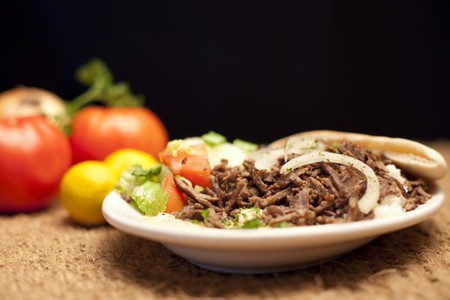 There are more than 3.1 million Muslims living in the UK, and London is home to over 1.1m Muslims alone – the majority of whom abide by a halal-only diet.

However, a large percentage of the population have been left feeling under-served and unable to confidently order takeaway online from a platform they can trust to deliver food they can trust. Enter HalalEat, the UK’s first online halal food portal, dedicated bringing Brits a diverse range of halal takeaway choices, from Caribbean to Chinese.

The platform’s restaurant partners are rigorously checked to ensure they are certified halal, and Saqib Mohammed, CEO of the Halal Food Authority, says the group “fully supports” the initiative.

“We work closely with the halal certification organisations such as the Halal Food Authority to ensure all of our restaurant partners are vetted and their claims substantiated,” says founder Abul Rob, who launched HalalEat after finding himself unable to confidently and easily order a halal takeaway while on a business trip to Southampton.

At present, HalalEat serves London and has limited coverage in Birmingham, Luton, Kingston and Portsmouth. However, the company currently has a crowdfunding campaign on Seedrs, and has already raised 75% of its target.

The funds set to be directed towards the next stage of growth and taking the service fully national. “We have big ambitions to go nationwide and we know that the market is ready. We are also currently developing a HalalEat app for smartphones and tablets so that consumers have access to 100% halal food 100% of the time,” says Abul.

For more on the UK’s halal food scene, see our roundups of the best halal restaurants in London, Manchester and Birmingham.