The Best Things To See And Do In Cornwall

Cornwall | Courtesy of Jessica Buck
The Celtic Kingdom of Cornwall is one of the prettiest counties in England and one of the largest too. Spanning an area of almost 4,000 square kilometres, the region forms the westernmost part of Great Britain’s South West peninsula. Cornwall is famed for its sprawling moors, rugged coastline and delightful harbourside towns, with the majority of the region being classed as an Area of Outstanding Natural Beauty. Together with some wanderlust-inducing photos, this handy guide recommends only the top Cornwall highlights for the perfect UK staycation.
Porthmeor Beach © Jessica Buck

Stand on the edge of England at Land’s End

One of the most visited destinations in Cornwall, the beautiful Land’s End is quite literally the point where England ends and is met by the Atlantic Ocean. Land’s End is the westernmost point in Cornwall and tourists have been visiting the site for over 200 years. With miles of ocean as far as the eye can see, the views from every angle are truly amazing. Land’s End has a number of family attractions including The Lost World, a Jurassic interactive 4D cinema experience, a kids cartoon exhibition (which changes annually) and the original Cornish farmstead, Greeb Farm, which dates back to the Victorian era. Tourists can also grab that all important souvenir photo taken underneath the famous Land’s End sign. The signpost marks the start/finishing point of John O’Groats epic 874-mile journey, from the most Southerly point of England to the most Northern point of Scotland. 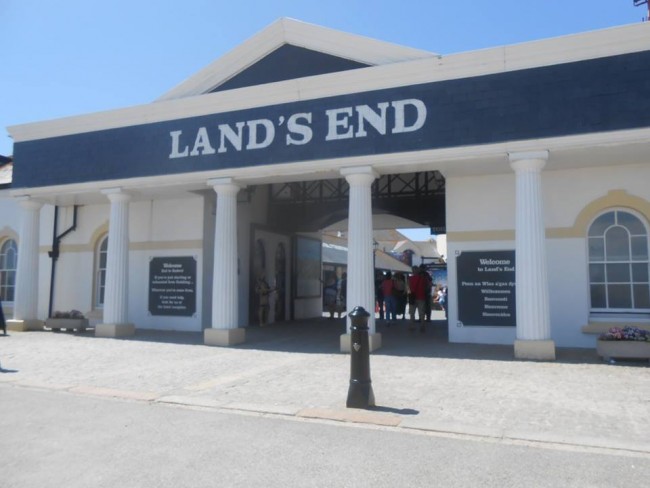 A trip to Cornwall wouldn’t be complete without stopping at the popular seaside town of St Ives for that all important Cornish pasty. Set around a stunning harbour, and with a history dating back as early as the 5th century, St Ives was primarily a fishing village in the medieval times and was one of the most reliable ports on the North coast. Nowadays St Ives is a bustling holiday resort with stunning beaches and an array of bars, cafes, shops and restaurants. Little wonder then that it was voted ‘Best Seaside Town’ at the British Travel Awards in both 2010 and 2011. For those looking for a more relaxing atmosphere, why not pop into the historic Sloop Inn for a pie and a pint whilst watching the tide come in? Believed to have been built in 1312 AD, the Inn is steeped in history and is perfectly positioned at the heart of the town with only a small road and a cobbled forecourt separating it from the sea. 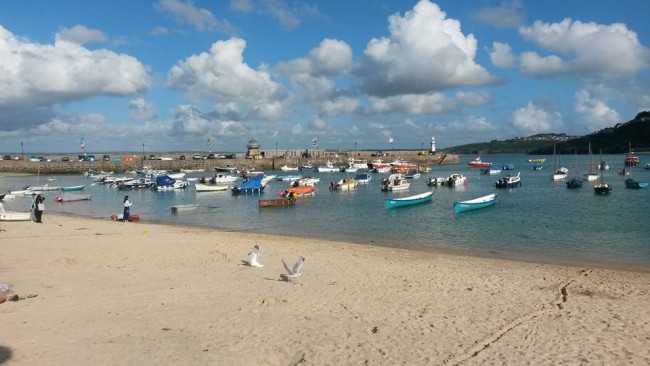 Discover the legend behind Tintagel Castle

Located on the edge of Tintagel Island, the medieval Tintagel Castle has been one of Cornwall’s most visited tourist attractions since the 19th century. It is thought that there was an initial occupation during the Romano-British period but the settlement wasn’t proven until the early Medieval times when the Castle was said to be the residence of King Dumnonia. It is widely known that the castle is linked with the legend of King Arthur; the myths began in the 12th century when Geoffrey of Monmouth suggested that Tintagel was the site of King Arthur’s conception in his fictionalised account of British history, the Historia Regum Britanniae. Surrounded by ruins and bridges with glorious sea views, Tintagel Castle is full of magic and mystery and is a must-see attraction when in Cornwall. 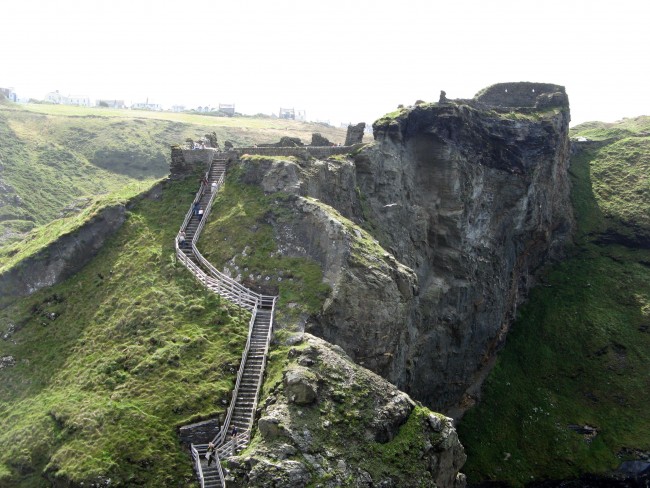 Admire the scenery at Kynance Cove

Perfectly positioned on the famous Lizard peninsula, on the eastern side of Mount’s Bay, lies the beautiful Kynance Cove. The cove and surrounding coast is a National Trust site and is in the Cornwall Areas of Outstanding Natural Beauty. Tourists flock from all corners of the globe to see the stunning sights of Kynance Cove and many take the South West Coast Path from Somerset to Dorset passing the cove on their route. The cove is labelled as a Geological Conservation Review site due to its interesting geological history, which began over 375 million years ago when molten rock below the earth formed the point that is known today as The Lizard. The striking contrast between the cove’s white sandy beach and the dark serpentine rock makes the site perhaps the most painted and photographed in the whole of Cornwall.

One of the most visited attractions in the South West, The Eden Project is made up of huge domed enclosures brimming with thousands of plant species, creating natural biomes from a multitude of climates across the planet. The two largest biomes are made up of inflated plastic hexagonal and pentagonal cells with steel frames creating the Eden Project’s iconic domed building. As well as its two biomes with Rainforest and Mediterranean environments, the Eden Project is home to an enormous outdoor botanical garden boasting native British plants and wildlife. A number of events take place at the Eden Project throughout the year, including an Easter extravaganza and the World Pasty Championships in March. With so much to see and do at this colourful attraction, it’ll be a day out to remember from your time in quirky Cornwall. 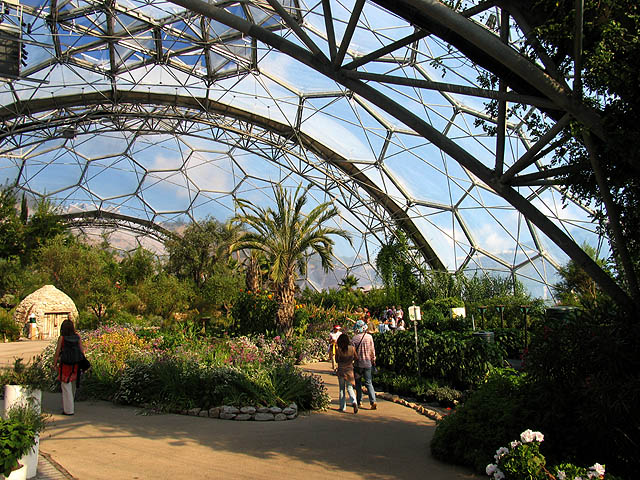