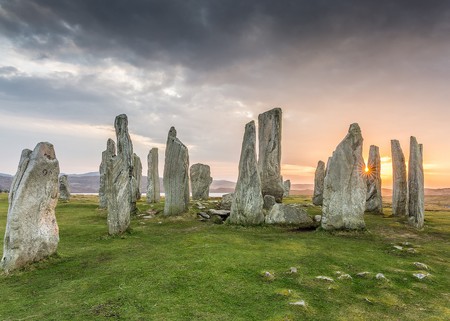 While Stonehenge attracts Neolithic aficionados from all over the world for the summer solstice, there are plenty of stone circles in the UK that are just as worthy of your time all year round – some of which are even more historic.

With more than 1,300 lesser-known stone circles in the UK, there are numerous fascinating prehistoric sites to explore. 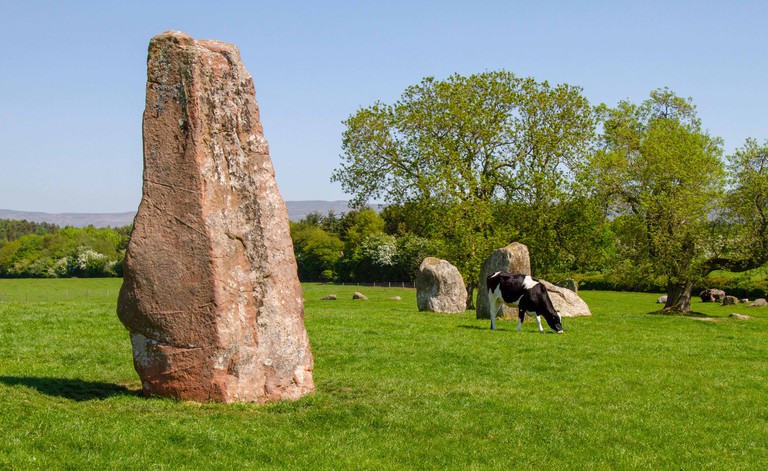 Consisting of 59 stones, Long Meg and Her Daughters – officially known as Maughanby Stone Circle – is one of the largest stone circles in Europe. It gets its name from the tallest of the stones, the 3.6-metre-tall (12 feet) Long Meg, made of local red sandstone, which overlooks the smaller rhyolite granite stones. Constructed between 3300 to 900 BC, Long Meg is engraved with megalithic art symbols, such as cups and concentric circles, and may have originally acted as a prehistoric sundial by casting a shadow onto the other stones. William Wordsworth once wrote that after Stonehenge, it was “beyond dispute the most notable relic that this or probably any other country contains”, which only validates its importance. 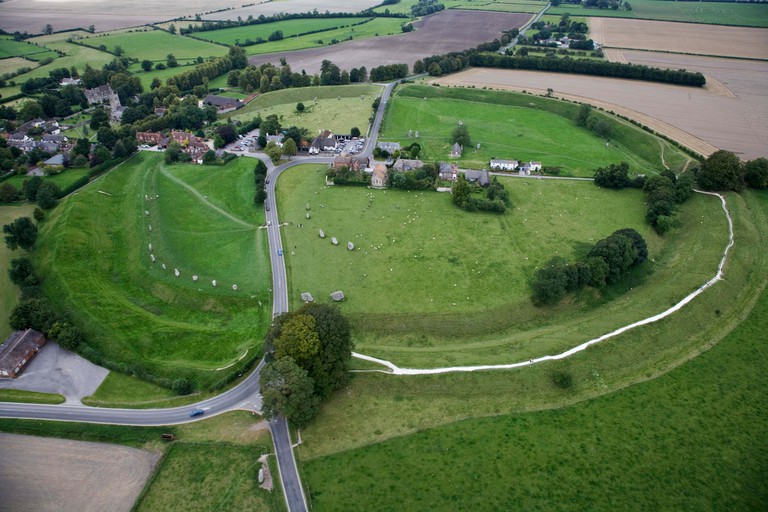 Erected over several hundred years in the third millennium BC, Avebury is the largest prehistoric stone circle in the world, with a diameter of 331.6 metres (1,088 feet). A designated UNESCO World Heritage site, Avebury is thought to have been built as a public community space for rites and rituals and is unique in the sense that it’s the only stone circle with a village built within it. The Avebury site consists of around 180 locally sourced Neolithic stones, and thanks to the National Trust, visitors can roam the three historic stone circles for free. 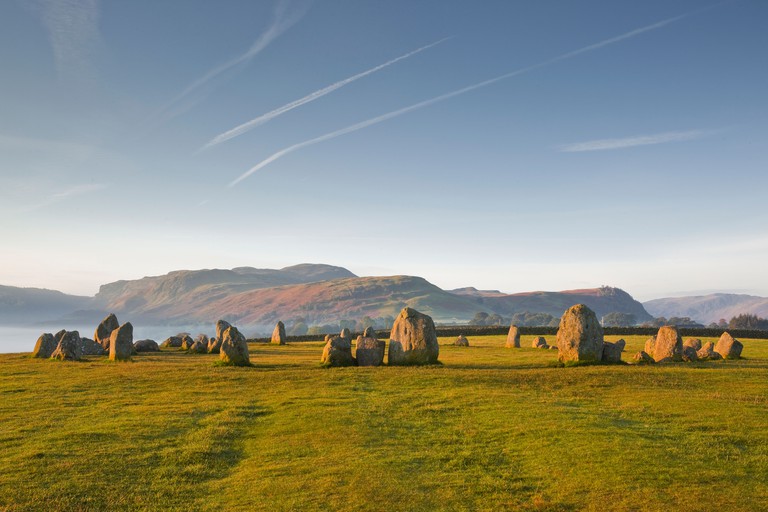 If you’re after stunning scenery with your stone circle, Castlerigg in the Lake District should be on your list. Backed by the dramatic setting of Thirlmere Valley, Castlerigg is one of the earliest British stone circles. It also boasts the third highest English peak, Helvellyn, as its background. Raised in 3000 BC, Castlerigg is armed with a sense of mystique, comprising 38 stones and a rather unusual rectangle of standing stones within the circle. Despite numerous archaeological excavations, the purpose of the circle is still unknown to this day. 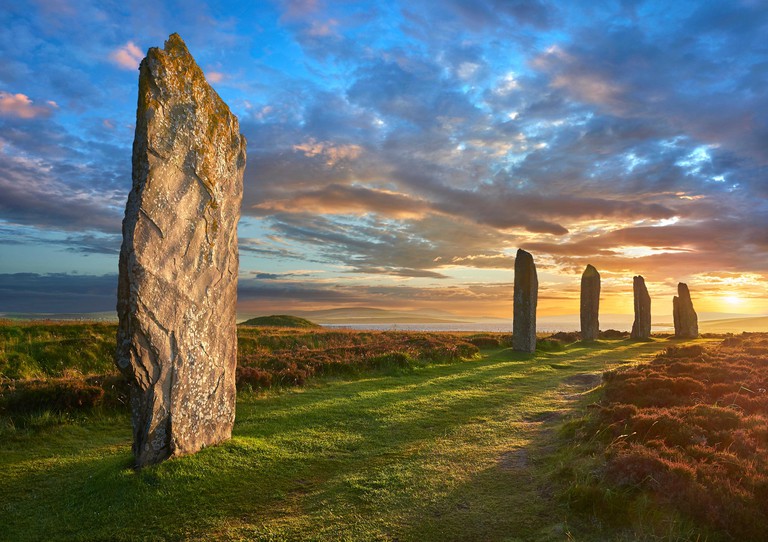 Only the most ardent Neolithic hunters will go searching for the Ring of Brodgar. This stone circle and henge on the remote archipelago of Orkney in the Northern Isles of Scotland dates back to the third millennium BC, making it one of the oldest in the United Kingdom. Consisting of 38 stones and 13 prehistoric burial mounds, the Ring of Brodgar is circled by its loch and surrounding landscape, making it one of the most picture-perfect stone circles in the UK. It’s not known whether the circle was built for religious purposes or for observing the equinox and solstice. 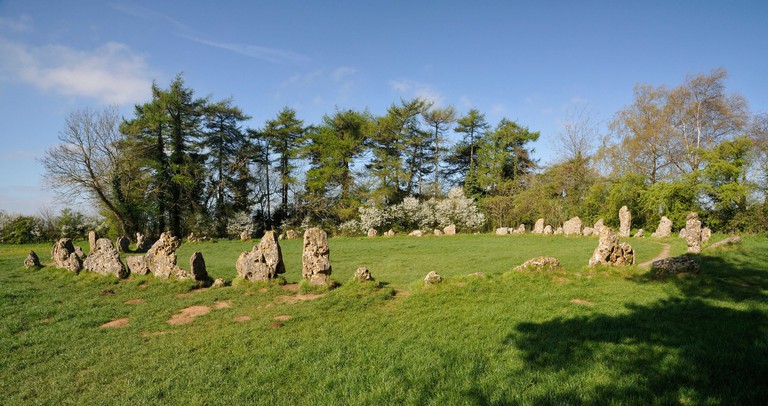 © Martin Fowler / Alamy Stock Photo
The Rollright Stones is an ancient site of three groups of stones situated on the edge of the Cotswolds. The King’s Men, built in 2500 BC, is a set of approximately 70 weathered stones, said to have been constructed for ceremonial assemblies. It follows the circular, close-set pattern of Long Meg and Castlerigg. The King Stone, with a shape akin to a seal balancing a ball on its nose, has been standing since 1500 BC and was erected as a permanent memorial to a nearby Saxon burial ground. The stone gets its structure from both 19th-century souvenir hunters and, as legend has it, cattle drovers who chipped away at the stone to keep small pieces as good luck charms. The Whispering Knights is a set of four upright stones and one large fallen capstone that sits above a two-metre-square (6.6 feet) burial chamber, 400 metres (1,312.3 feet) east of the stone circle. Predating the circle by around 1,000 years, the Whispering Knights is one of the earliest funerary monuments in the UK, and it is said to have taken more than 60 people to move the stones into place.
Open In Google Maps
Rollright Road, Little Rollright, Chipping Norton, England, OX7 5QB, United Kingdom
+443703331181
Visit Website
Give us feedback 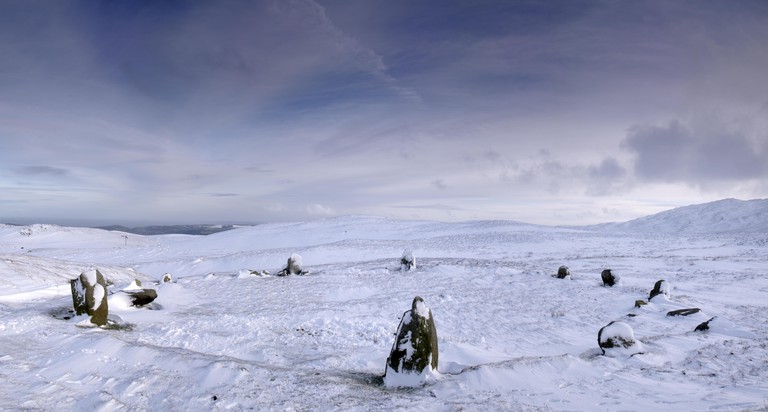 Situated on the headland above Conwy in Wales, Druid’s Circle is a set of around 30 stones that date back as far as 3000 BC. Druid’s Circle is nestled among the Welsh mountains and is thought to be of major historical significance; several prehistoric tracks run alongside it, meaning it is likely to have been used as a transport route. An excavation in 1957 revealed various human remains underneath the circle – its centrepiece is a burial urn holding the cremated remains of a child. The positioning of Druid’s Circle is also thought to have been deliberately placed to face away from its scenery to give a sense of separation from the world during ceremonies. Despite its name, this stone circle bears no significance with druids, as the circle predates them by around 2,000 years. 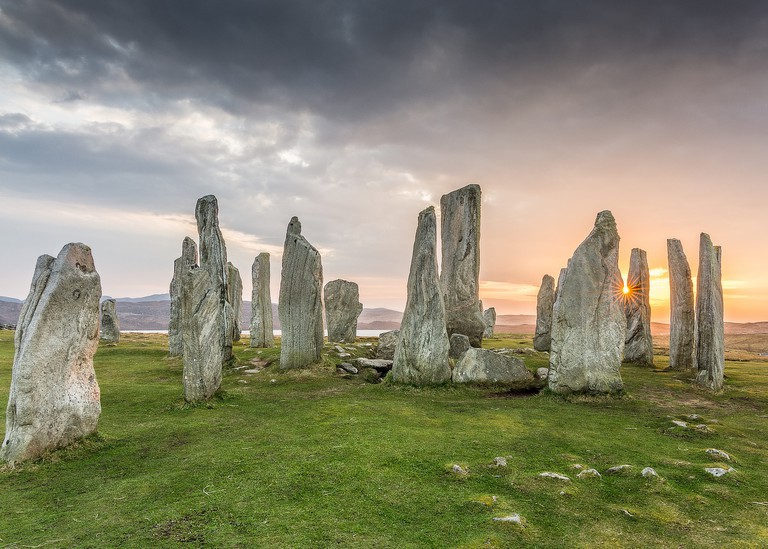 Last but not least is Callanish Standing Stones, found on the Isle of Lewis in the Outer Hebrides in Scotland. Flanked by rolling hills and surrounding lochs, the circle consists of a chartered tomb and 13 upright stones made from local gneiss, which encompass a taller monolith in a pattern believed to be for astronomical observation purposes.

Callanish is made unique by its 83-metre (272.3 feet) avenue, which consists of two rows of stones that approach the circle from the north, with shorter avenues from other directions. The Callanish Stones predate Stonehenge and even the Giza Pyramids. They also feature in some of Scotland’s most iconic photography, including the cover of Lament, the 1984 album by London new wave band Ultravox.