The Diskery, Birmingham | © counteract.co
Little do people know that Birmingham technically invented heavy metal and is one of the pioneering cities for genres ranging from reggae to bhangra! For when you want to pick up something new – or one of your favourites that’s missing from your collection – here are the best record shops in Birmingham.

Proudly independent and standing strong since 1979, Swordfish is one of the best places to pick up new and old music in Birmingham. Now in a new location on Dalton Street, you could easily spend hours in this place perusing their collection of music and memorabilia which spans across a multitude of genres and decades. 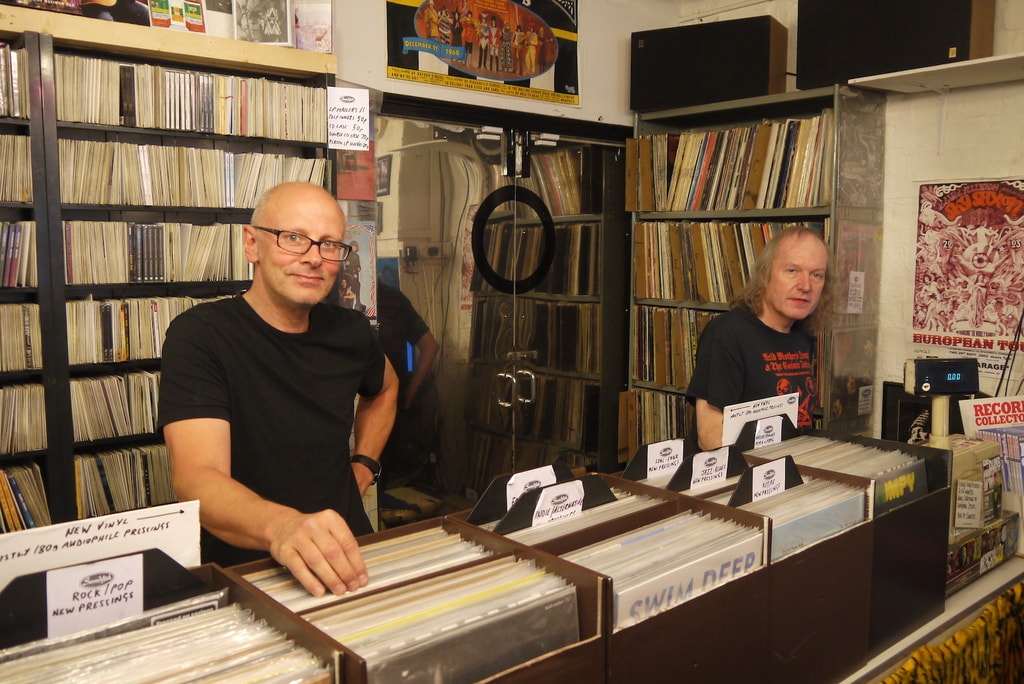 Shop, Store
The Diskery, Birmingham | © counteract.co
One of our personal favourite shops in the country, The Diskery is a real treasure trove. Famous for their customer service (don’t be surprised if you’re offered a cup of tea and a biscuit when you pop in), The Diskery is not only the city’s oldest record shop, but also England’s, and mostly stocks second-hand vinyl across practically every genre you could think of.
More Info
Open In Google Maps
99 Bromsgrove Street, Birmingham, England, B5 6QB, United Kingdom
+441216222219

Shop, Store
Rich Perri’s emporium of records a true hidden gem in Birmingham and should be visited by all. This small shop is tucked away inside the infamous Oasis Market, caters for all tastes and is owned by one of the most knowledgable guys in Birmingham’s music scene.
More Info
Open In Google Maps
110-114 Corporation Street, Birmingham, England, B4 6SX, United Kingdom
Visit website

Shop, Store
Entertainment World's record section | © Entertainment World/Facebook
From the outside, visitors may be fooled in to thinking this is just a video game shop. Step inside and not only will you find one of the largest collections of retro gaming items, but you’ll also find an impressive selection of pre-loved records.
More Info
Open In Google Maps
5 The Radleys, Birmingham, England, B33 0QY, United Kingdom
+441217425625
Visit website

Store, Shop
Situated on Bournville Lane in Stirchley, Emortal is one of the newest record shops in the city. Though Emortal primarily caters for house, DNB, techno and old school rave music fans, they’ve now stepped in to the rock / metal world and are stocking classics by the likes of Iron Maiden and Black Sabbath. Pop in and see what gems you can unearth!
More Info
Open In Google Maps
1 Bournville Lane, Birmingham, B30 2JY, United Kingdom
+441217900368
Visit Facebook page