The Best Pubs in Birmingham, UK

Birmingham is home to a wonderful array of pubs. From quirky hideaways and vintage hangouts, to classic boozers and ale havens, check out some of our favourite pubs in Birmingham below.
The Old Joint Stock, Birmingham city centre
Bar, Pub, Pub Grub, British, $$$ 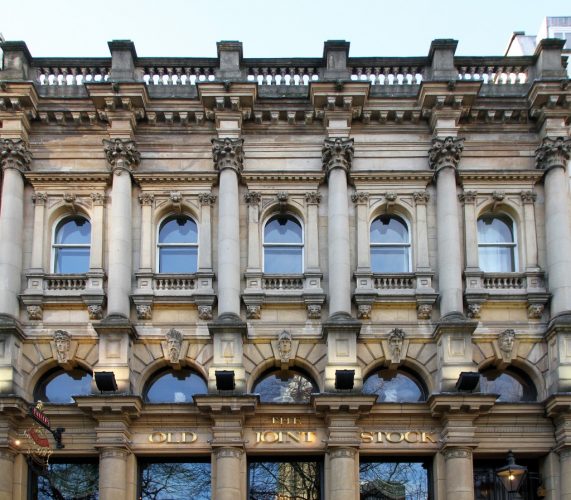 This Grade II listed building is one of the city centre’s finest pubs. What was once a Victorian bank is now a homely pub which serves real ale and British food, all underneath its glass-dome roof. Check out its theatre listings, too. Yep, it’s also a theatre! 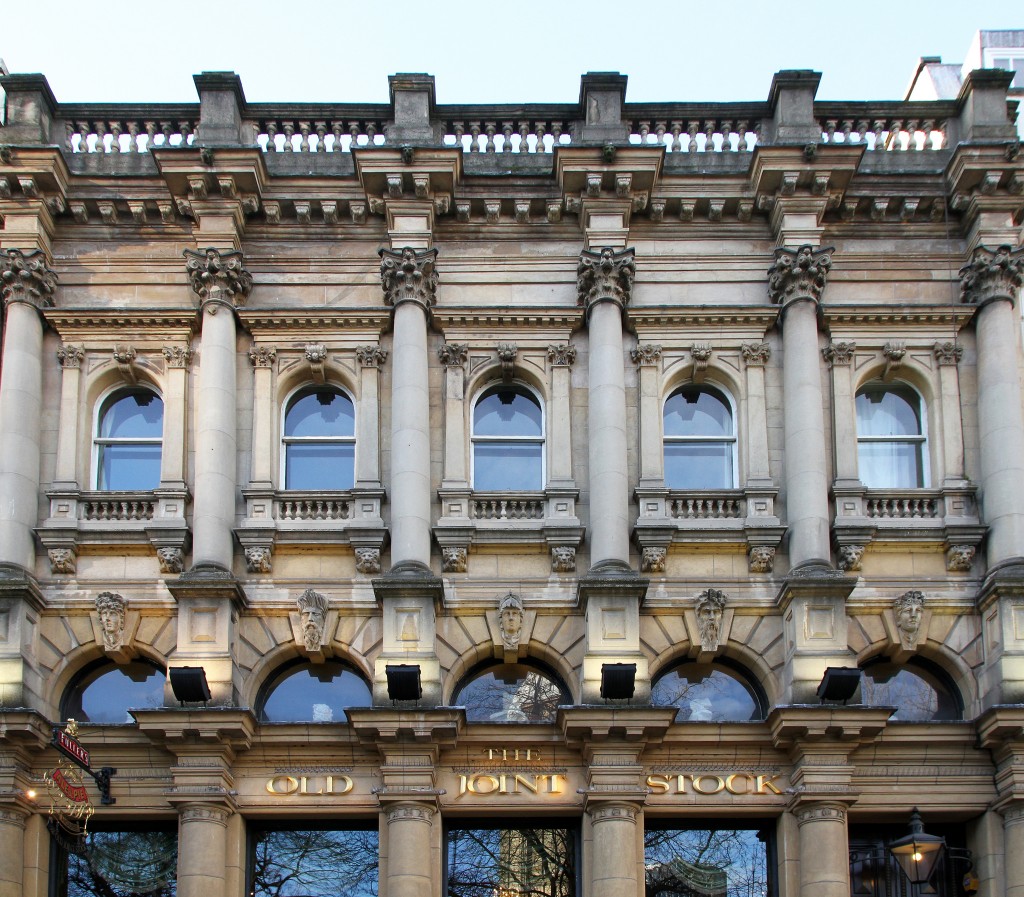 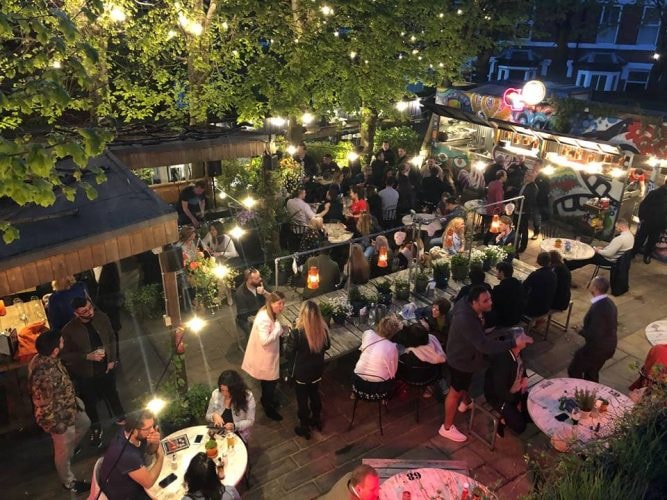 The Plough beer garden | © The Plough

Situated on Harborne High Street, The Plough is a city pub with a country vibe. With a sunkissed beer garden (well, in the summer anyway!), freshly made stonebaked pizzas, local ales and quaint decor, The Plough is a wonderful gem on what is a bustling street. 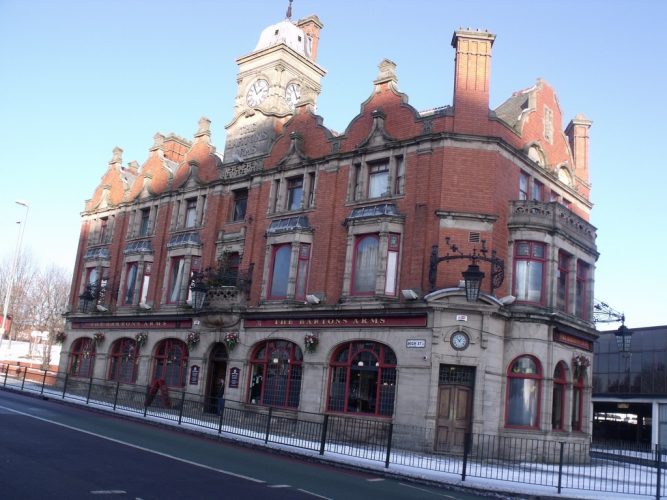 This Victorian boozer is a delightful ale haven. With The Bartons Arms being a short walk away from Villa Park, this real ale pub and Thai kitchen is particularly popular with Aston Villa fans, but don’t let that put you off if you’re of the blue persuasion… 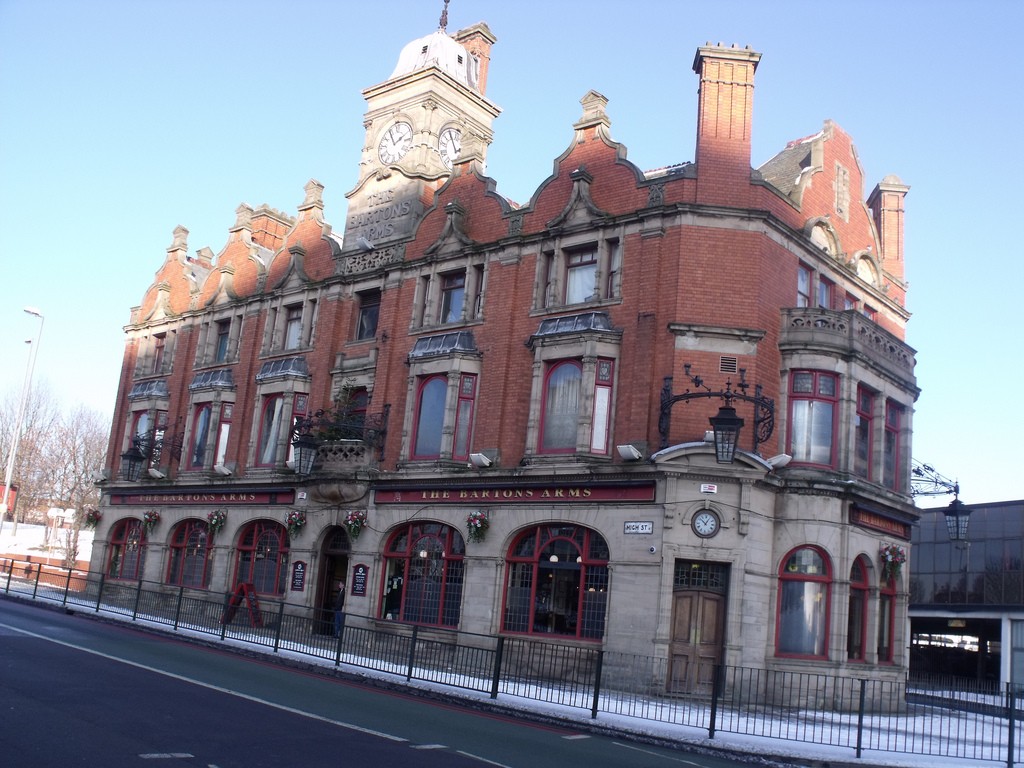 One of the more distinctive pubs in the city, the Rose Villa Tavern combines elegance with sheer randomness. Inside, amongst the Victorian tiles, wooden floors (and red telephone box !) you’ll find a range of cask ales, classy cocktails, hearty British pub grub and a private function room upstairs. This one ticks all the boxes. 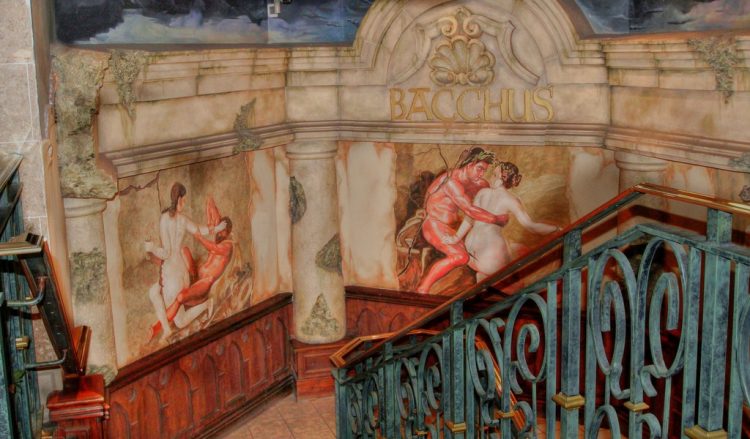 Trust us when we say you won’t find another pub in Birmingham like Bacchus Bar. Nicholson’s – famed for their pubs in distinctive buildings and famous locations – operate this hidden, basement gem in a Victorian arcade. The street where Bacchus finds its home dates back to 1368 and its historical theme is evident. 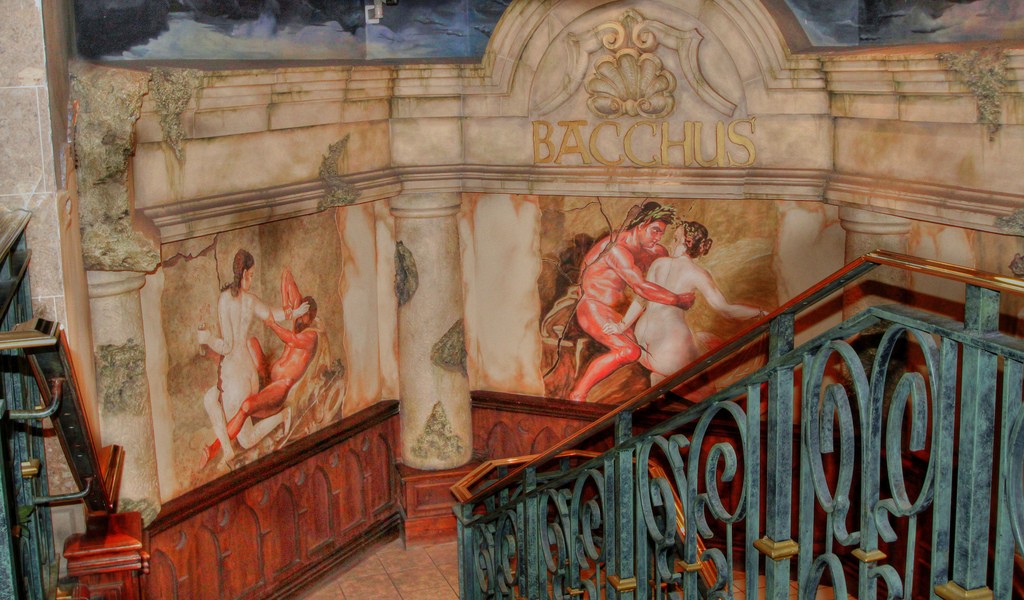 Dating back to the 16th century, this classic British boozer is the oldest in Sutton Coldfield, and has welcomed guests like Shakespeare and Cromwell throughout its illustrious history. With cottage-like beams, cask ales and some of the best food in town, the Three Tuns is definitely worth a visit. 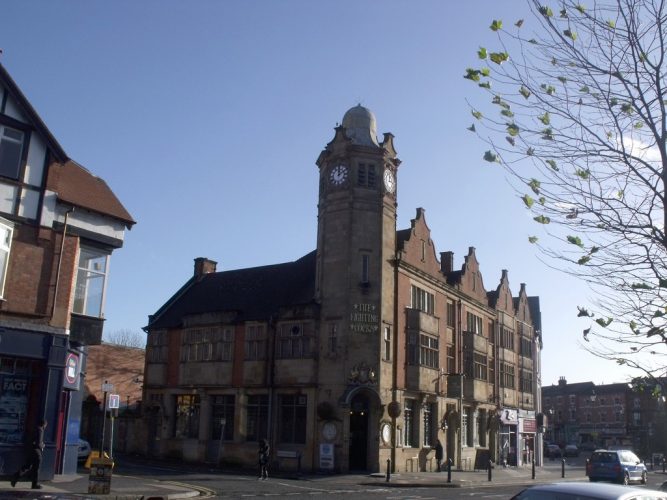 Standing proud on a corner of Moseley’s High Street is a Victorian clocktower and the home of The Fighting Cocks pub. With a regularly changing reel of ales, comfortable furniture and a real homely feel, this Moseley pub is one of the most renowned in the city. 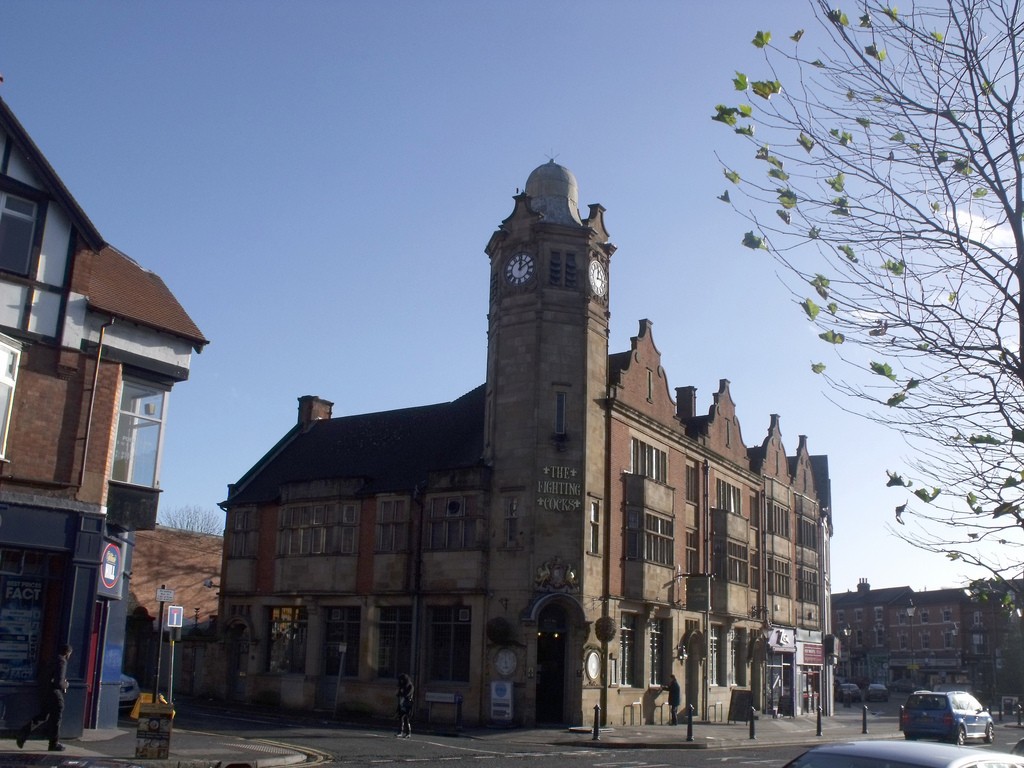 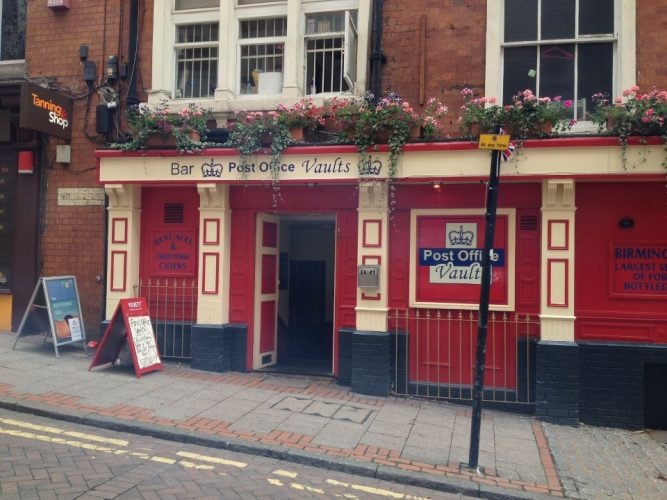 It’s funny really, because what probably is the smallest pub in the city centre proudly offers the largest range of bottled beers in Birmingham – and it’s also one of the largest ranges in the country.  The Post Office Vaults is a bottled beer basement bar nestled between two retail outlets on New Street; they even let you bring your own food in and provide plates and cutlery. 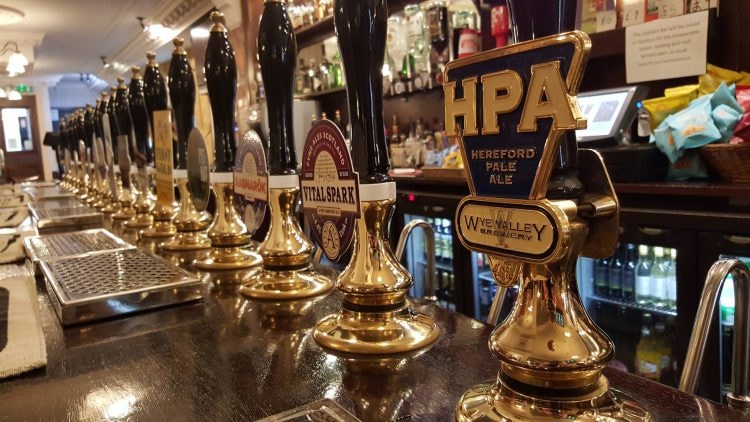 Known as ‘The Welly’ to locals, this is one of the finest real ale pubs in the city. Located in the central location of Bennett’s Hill, The Wellington makes perfect sense whether you’re on a pub crawl or simply in the city centre. No gimmicks here, just a solid selection of drinks, including more than 150 whiskies. 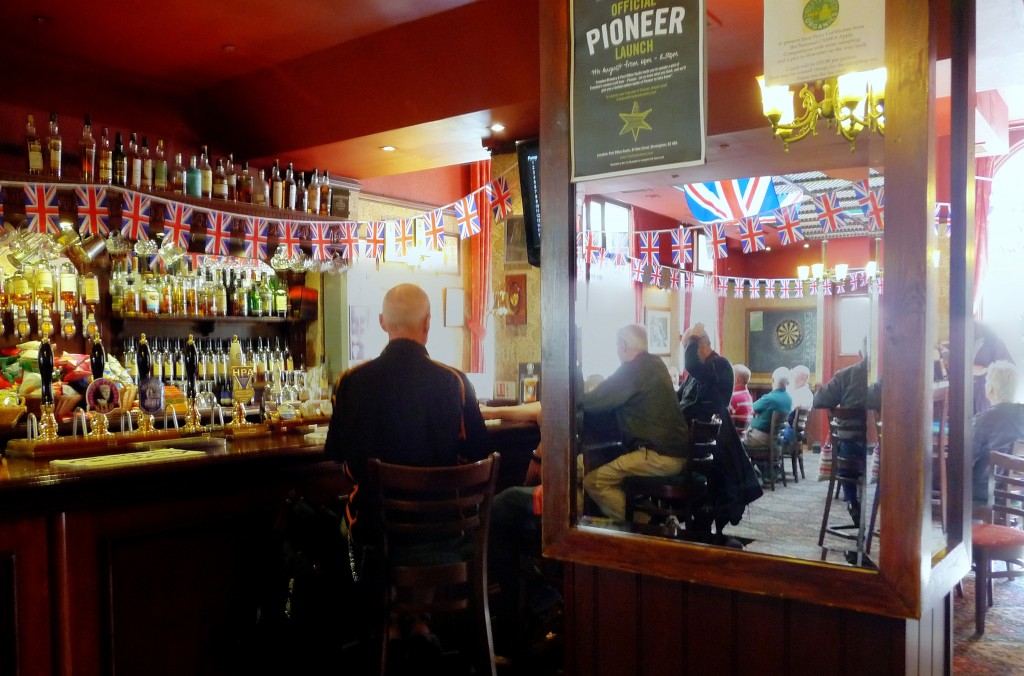 Kings Heath’s Hare & Hounds is one of the most popular pubs in the city thanks to its variety – and you can see why. The Grade II listed Victorian hangout houses an eclectic calendar across two live music rooms, and serves a range of cask ales, bottled beer and wines in its two bars downstairs. Look out for their kitchen takeovers with local chefs.

With a generous selection of drinks and the best in comfort food, The White Swan in Edgbaston is a country retreat in the city. Slightly off the beaten track, this pub offers comfy surroundings, a log fire and modern decor. 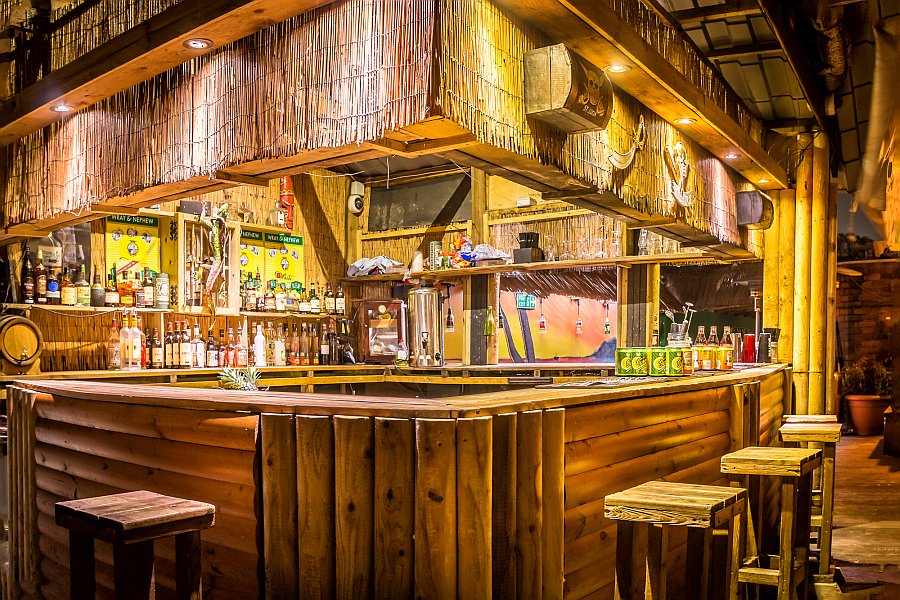 Thanks to its traditional feel, cocktail lounge and heated beer garden with kitsch tiki bar, there really is something for everyone at the Prince of Wales. Once you’re in the beer garden you’ll also notice wine and cigar sheds, plus food from local food vendors, further enhancing the offerings of this deceivingly big pub in the heart of Moseley. 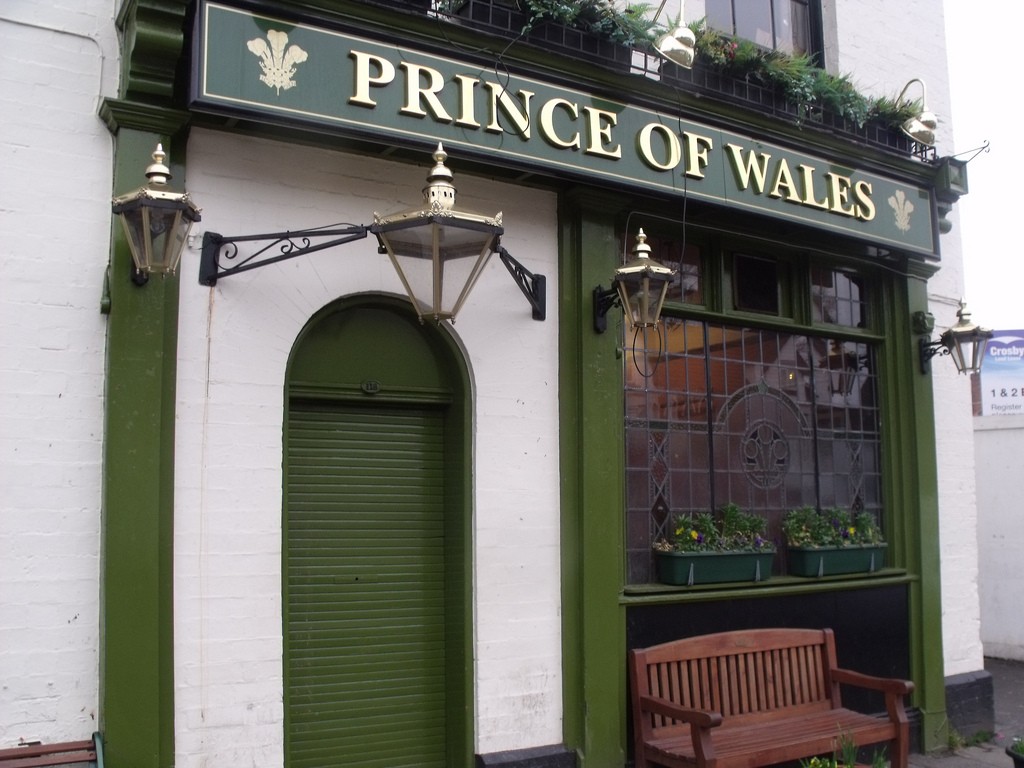 This dual personality pub is a jewel in the Jewellery Quarter and famed for its gin selection and Alice in Wonderland theme. The boozer is split into two parts, with the Jekyll section serving over 80 varieties of gin, and Hyde famous for its food and range of drinks. Definitely one of the quirkier hangouts in Birmingham, the Jekyll & Hyde is perfect for those looking for something a little more eclectic.