The Best Hotels to Book on and Near Lundy Island 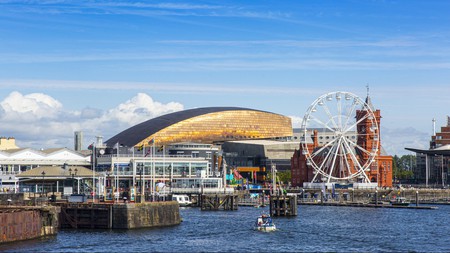 At just 3mi (4.8km) long, you’ll easily walk the length and breadth of Lundy Island – a lone island in the Bristol Channel – in under an hour, but to do so would be to refuse the craggy rock the attention it deserves. Here’s where to stay nearby, bookable with Culture Trip.

Look closer and you’ll see an island teeming with wildlife: the renowned puffin, dolphins and Atlantic grey seal, to name a few. As a charming village that harks back to a bygone era of warm neighbourliness and a quaint way of life, Lundy is a wonderful place to spend a weekend in one of our favourite hotels.

Contrary to the corrugated iron exterior, the aptly named Old School exudes coastal warmth – which speaks to the island’s community-centred mindset. Warm your cockles with a hearty brew while soaking in sea views to start your day, before heading out to explore the island. You’re sure to meet plenty of locals who’ll indulge you with stories of the former Sunday school, now affectionately known as the Blue Bung and part of the Landmark Trust – a charity that rescues and protects buildings across Britain, meaning you’ll stay in a small slice of history. 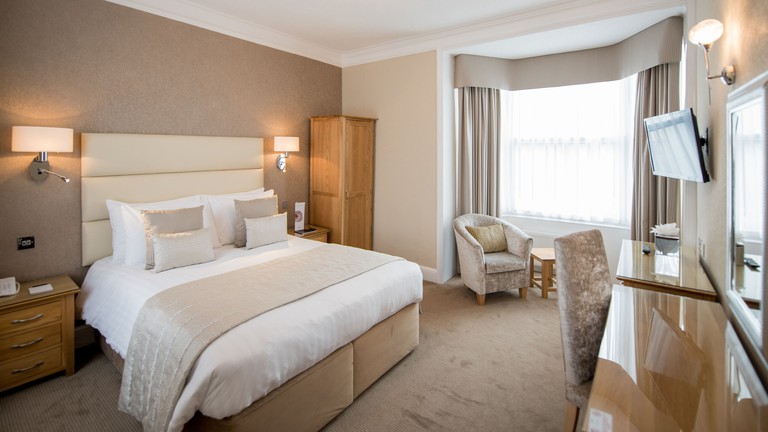 Courtesy of The Park Hotel / Expedia
Brend Hotels have established a reputation for taking care of every last detail, be that high-pressure showers and 24-hour room service or Tesla car charging points in the sprawling free car park. Their sister site, Saunton Sands – which overlooks miles of sand – is worth a stop en route to Ilfracombe, where you’ll board the German-built MS Oldenburg to Lundy Island. Once back on dry land, head to the Park Hotel’s AA Rosette-winning restaurant, Seasons Brasserie, for classic seaside dishes and Mediterranean-inspired plates while enjoying the views of Rock Park.

The Old Ship Aground 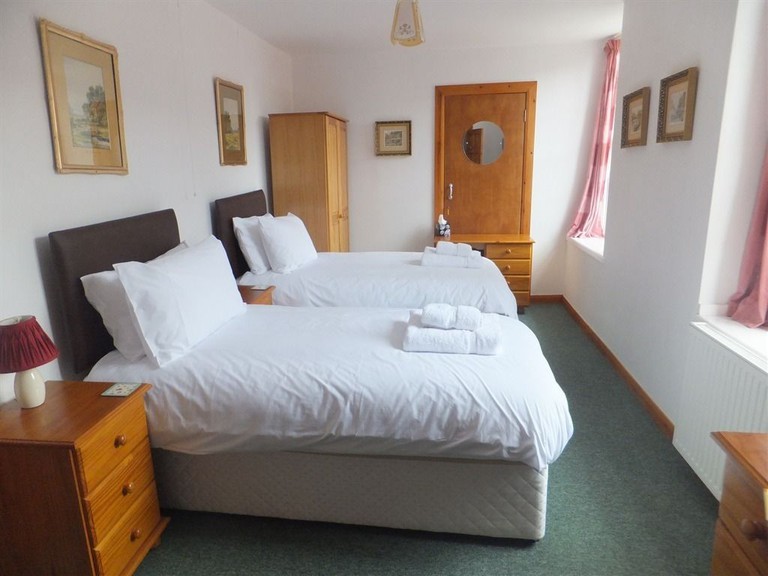 Courtesy of The Old Ship Aground / Expedia
The clue’s in the name with the Old Ship Aground, which specialises in traditional hospitality: think hearty plates loaded with local produce and plump, springy beds. The true heart of this 1900s-era hotel is the rustic views of Minehead Harbour and across to the Quantocks. Follow the rugged coastline along the South West Coast Path and you’ll reach the harbour town of Ilfracombe – home to Damien Hirst’s famed Verity statue, which is plonked right by the port where you’ll pick up the ferry to Lundy Island. 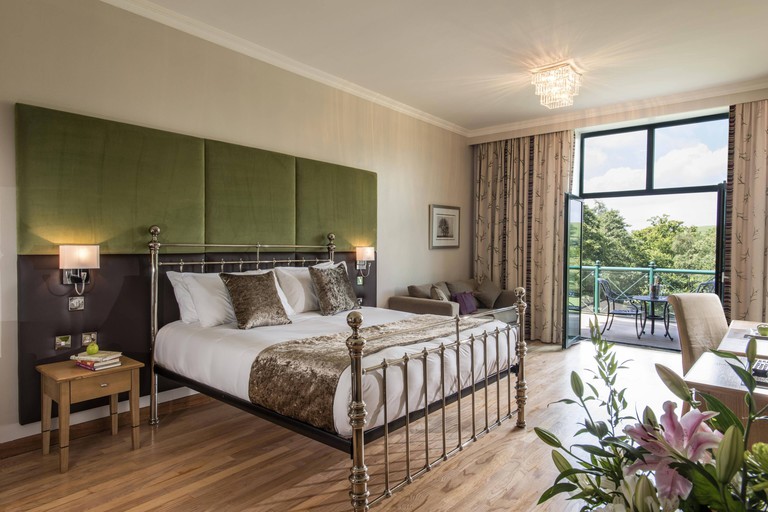 Courtesy of Vale Resort / Expedia
You won’t be short of space at Vale Resort. Here, 650 acres (263ha) of manicured grounds boast two golf courses, a fully equipped health club replete with a swimming pool, tennis and squash courts, over 80 fitness classes and an award-winning spa. There’s also a smattering of small lakes, a business centre and a range of eateries. You could easily never leave the compound – but you should. Cardiff city centre is a short 15-minute drive away, while the otherworldly landscape of Vale of Glamorgan makes returning to the four-star retreat that much sweeter. 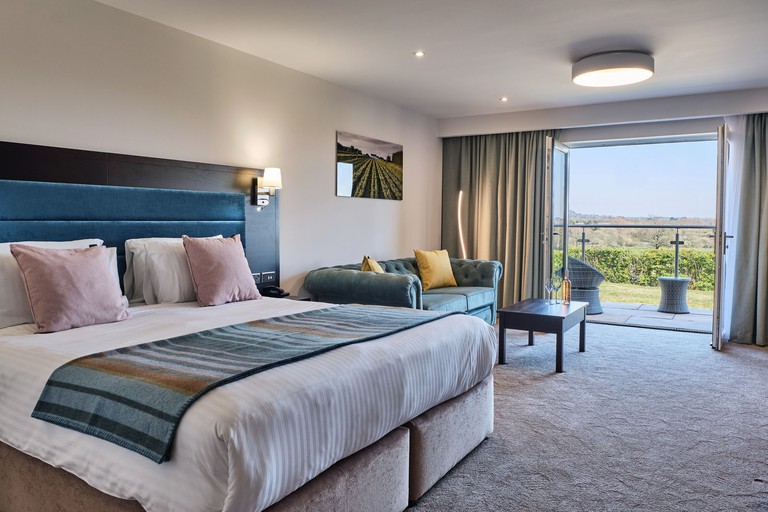 Courtesy of Llanerch Hotel / Expedia
Glowing lanterns – like miniature versions of the historic Old Lighthouse on Lundy Island – line the rolling grounds of Llanerch. Gently tumbling hills stretch out towards the vineyard – for the full experience, you’ll want to sign up to the daily Tour and Tasting to sample the signature Cariad wines. Foodies should head to the celebrated restaurant helmed by head chef Andy Aston, whose love of sustainably sourced produce results in an experimental menu of seasonal specialities and a locally renown Sunday roast. 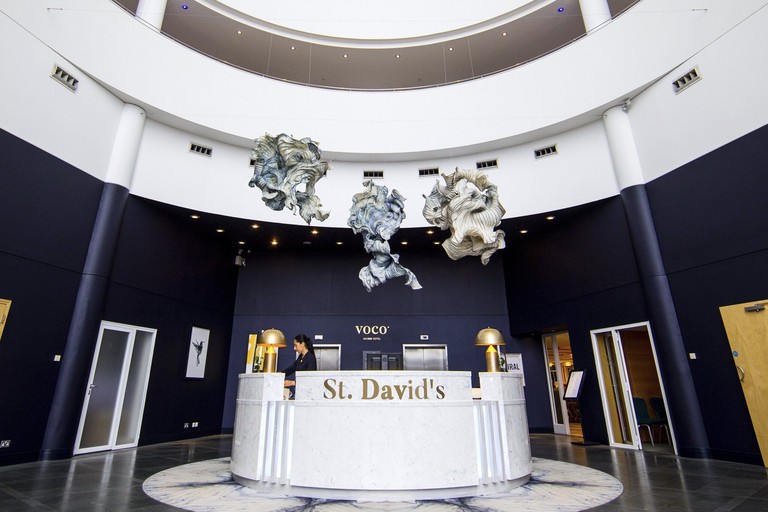 Courtesy of Voco St David’s Hotel / Expedia
When the light hits the glass-fronted facade of Voco St David’s, it seems to float straight into the glassy waters of Cardiff Bay. The fuss-free elegance of the restaurant – specialising in Australasia and Asia-Pacific cuisine, as well as homegrown Welsh produce – is a highlight, along with the sweeping spa, which has been voted one of the best spas in the UK by Condé Nast Traveller. And if that’s not enough, sprawling windows flow throughout this five-star hotel, creating a serene and irresistibly relaxing environment. 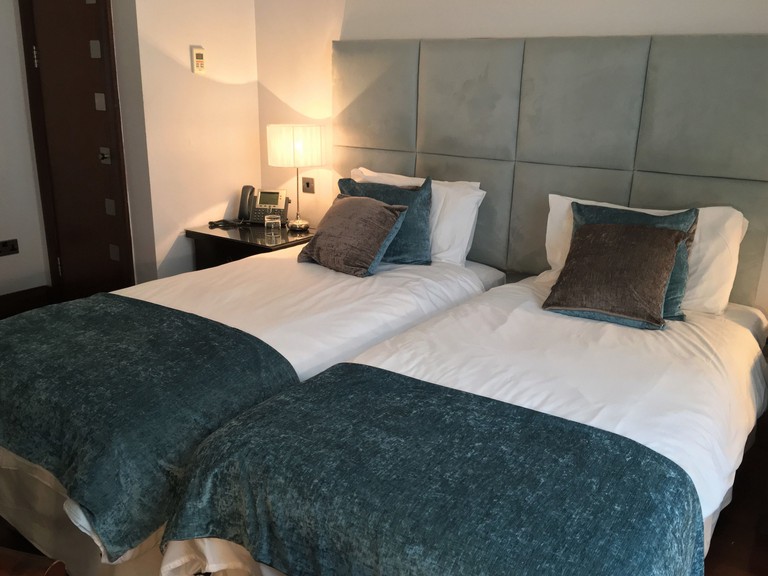 Courtesy of Morgans Hotel / Expedia
The grandeur of Grade II-listed Morgans sits in direct contrast to the craggy coastline of nearby Mumbles and Gower. Fans of dramatic scenery – be that old world opulence such as this city-centre abode, or sweeping shores as can be found at nearby Three Cliffs Bay – won’t be disappointed. The daily sightseeing trips from Swansea to Lundy are worth dragging yourself from the plush furnishings and decadent atmosphere of Morgans, if only so you can sink into the enormous beds upon return. 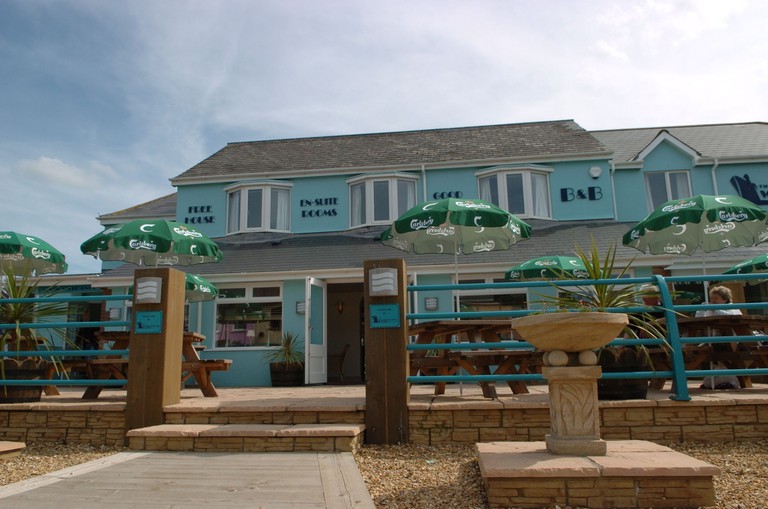 Courtesy of The Waterfront Inn / Expedia
A loose nautical theme runs throughout the Waterfront Inn in Bideford, a short ferry trip on MS Oldenburg to Lundy Island. After a peaceful night in one of the coastal-cool rooms – you know what they say about the sea air sending you into a deep slumber – load up on a carb-heavy breakfast of classic cooked breakfast dishes or American pancakes slathered in sticky-sweet sauces, before braving the high seas towards the seal-strewn island of Lundy.
Give us feedback