The Best Films About The British Royals 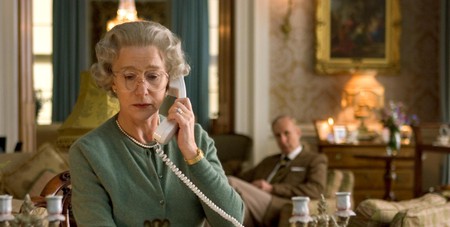 Whether you’re looking to paint a chocolate-box picture of Britain to export around the world, or else seeking to appeal to a sense of national pride in the home market, it’s hard to imagine a time when filmmakers will no longer turn to the British Royal Family for inspiration. Love them or hate them, stories about the Royal Family bring glittering romance, compelling drama and opulent grandeur to the silver screen. Here are some prominent films featuring the monarchs of England, from Queen Victoria to the current Queen of England.

Dame Helen Mirren seemed literally born for the role when she took to the screen as Queen Elizabeth II in this Stephen Frears film, earning herself her first Academy Award for Best Actress. In fact, so well received was her performance, she was actually invited to dinner at Buckingham Palace by none other than the Queen herself. The Queen depicts the Royal Family in the wake of Princess Diana’s tragic death, pitching Tony Blair’s government, public opinion, and the monarchy against one another as the nation vies to express its grief.

The Queen’s father, King George VI, reluctantly takes the centre stage in this multi-Academy-Award-winning film, which stars Colin Firth as the unfortunate monarch, thrown into the limelight after his older brother unexpectedly abdicates the throne. With the country on the eve of war, King George struggles to overcome a life-long speech impediment with the help of a left-field Australian speech therapist, played by the incomparable Geoffrey Rush. While many took umbrage at the film’s rose-coloured interpretation of history (especially its loose treatment of the facts, chronologically speaking), The King’s Speech was extremely well received around the world, particularly in light of its authentic costume design and Tom Hooper’s mature, artistic direction.

All the love in the world for Diana couldn’t soften the steely hearts of critics with this biographical drama. In fact, it may have had the opposite effect – with the British in general very protective of their people’s princess, any film that was deemed to have failed to do her justice was never going to get away with it lightly. Diana depicted the events in the last two years of Diana’s life, including her divorce from Prince Charles and her romance with the so-called ‘love of her life,’ Dr Hasnat Khan. Critics roundly panned the film, in particular its writing, with one even going as far as to call it ‘Mills & Boon-level’ – another, rather tactlessly, called it ‘car-crash cinema.’ Naomi Watts took a little less heat over her performance as the eponymous lady, but only marginally.

The popularity of films about the Royals depends largely on their capacity to show their famously aloof and inaccessible subjects in a human light. If there was one story crying out for the cinematic treatment, it was this – the tale of how young princesses Elizabeth (now the Queen) and Margaret were allowed out of Buckingham Palace for one night only, to party with the people on Victory in Europe Day. Though based on a true story, the film deviates drastically from the official version of events, creating a charming, witty, deeply personable fairy tale – this is the Royals at their most romantic.

This romantic drama, written and directed by pop princess Madonna, proved as divisive as its subject – the controversial relationship between lovesick King Edward VIII and American double-divorcee Wallis Simpson. The film covers the whole course of the pair’s courtship through to Edward’s abdication, framed through the romantic fantasies of a lonely New York housewife living in 1998, who is besotted by their story. The film ultimately takes a negative view of the historical relationship, depicting Wallis as trapped in it by Edward’s sacrifice.

Written by period drama master Julian Fellowes (Downton Abbey, Gosford Park), this 2009 film picked up major Brownie points for the historical accuracy of its costume design, winning an Academy Award – but despite initially proposing fidelity to facts, it also picked up a fair amount of criticism for inaccuracies in other areas. The Young Victoria stars Emily Blunt as Queen Victoria in her early life, recounting the political pressures put on her by men preceding and following her father’s death, her coronation and early period of rule, and her marriage to Prince Albert.

Starring Billy Connolly alongside the inimitable Dame Judi Dench as a recently bereaved Queen Victoria, Mrs Brown explores the rumoured relationship between the Queen and John Brown, a Scottish servant who worked at Balmoral Castle. A charismatic man with a shockingly informal air with the Queen, Brown drew the resentment of many over the pair’s close friendship – and his influence over the monarch during her period of disengagement from her public duties – with speculation continuing to this day over whether or not the pair married in secret. Although originally made for television, the film ended up with an extremely successful run in cinemas, garnering multiple awards.

Dame Judi Dench is set to reprise her role as Queen Victoria yet again next year, returning to the silver screen with a new and perhaps more unconventional man in her life. The film, which will also star Eddie Izzard and Bollywood actor Ali Fazal, will tell the story of the Queen’s close friendship with Abdul Karim (also known as the Munshi), an Indian Muslim and attendant to the monarch in her final fifteen years on the throne. Though there is nothing to suggest their relationship was not purely platonic, the Queen’s obvious affection for him and the favours she bestowed upon him caused Abdul to be derided by other members of the Royal Household. 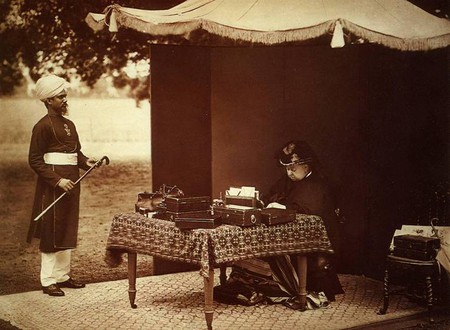 Queen Victoria with Abdul Karim | Wikicommons
Give us feedback