The Best Books by Terry Pratchett You Should Read

Sir Terry Pratchett, before his tragic death of early-onset Alzheimer’s Disease this year, wrote over 70 wildly popular fantasy novels, which are beloved by readers young and old alike. Read on for a selection of the best books by the influential English author. 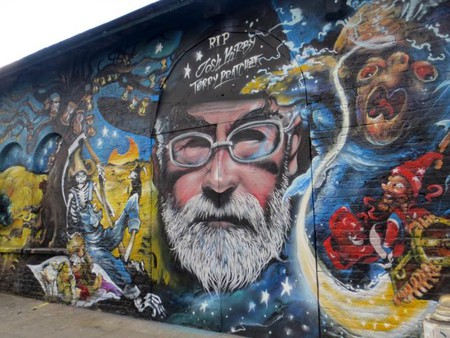 Pratchett’s best known body of work is the Discworld series— a 40-book series which deals with a wide-ranging cast of characters in an all-encompassing parallel, Medieval, universe— and different Discworld novels take different tones, ranging from absurdist comedy to sharp social commentary. Equal Rites, published in 1987, is a good starting point. The first book to feature the excellent character of witch Granny Weatherwax, and a commentary on sexism in society, this is a must-read.

This 2003 novel features a girl who goes to war disguised as a man, and is a cleverly-written tome marrying the frightening with the funny, and raising issues like the consequences or value of patriotism. The characters of Monstrous Regiment do not appear in any of the other Discworld novels, making this a good stand-alone read. 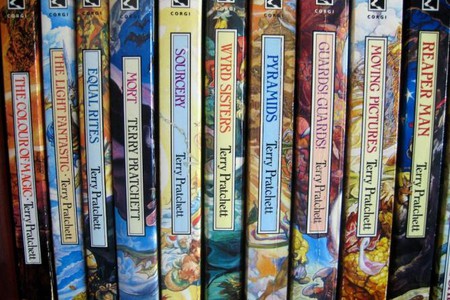 In a witty satire of religion— its practices, its institutions, its people, and most importantly its role in politics— Small Gods tells the story of the origin of Discworld’s god named Om and his quest to manifest himself in the world. The book, whilst grappling with serious topics, is never heavy-handed, and has a sense of levity and compassion.

Night Watch won second place in the annual Locus Poll for best fantasy novel, and was made into a 5-part radio adaptation on BBC Radio 4. Clearly, it has a beloved following. The sixth Discworld book to feature the character of Commander Sam Vimes, and in Pratchett’s opinion the novel marked an evolution in the series; Pratchett felt strongly that the success of the series was due to its ability to change over time. 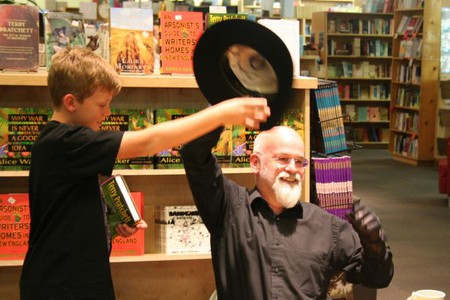 The 39th novel in the Discworld series, Snuff sold over 55,000 copies within the first three days of its publication, making it the third fastest selling novel in the United Kingdom. This award-winning novel continues the story of Sam Vimes as he solves a dark mystery. Darkly meaningful, rife with double meanings, this is an elegantly-written and special novel.